Bitcoin took another swing at $11,000 but got rejected, and trades just shy of the coveted level. Most alts are retracing slightly, while UNI continues to attract attention, and its price has increased to $7.

After yesterday’s relatively calm price performance, the primary cryptocurrency initiated another leg up towards $11,000. The move began from about $10,900, and in just a few hours, BTC topped at $11,020 (on Binance).

However, the bears intercepted it and drove the asset towards its daily low of $10,800. Following this loss of $200 in a relatively short time, BTC has recovered some ground and currently trades at $10,950. 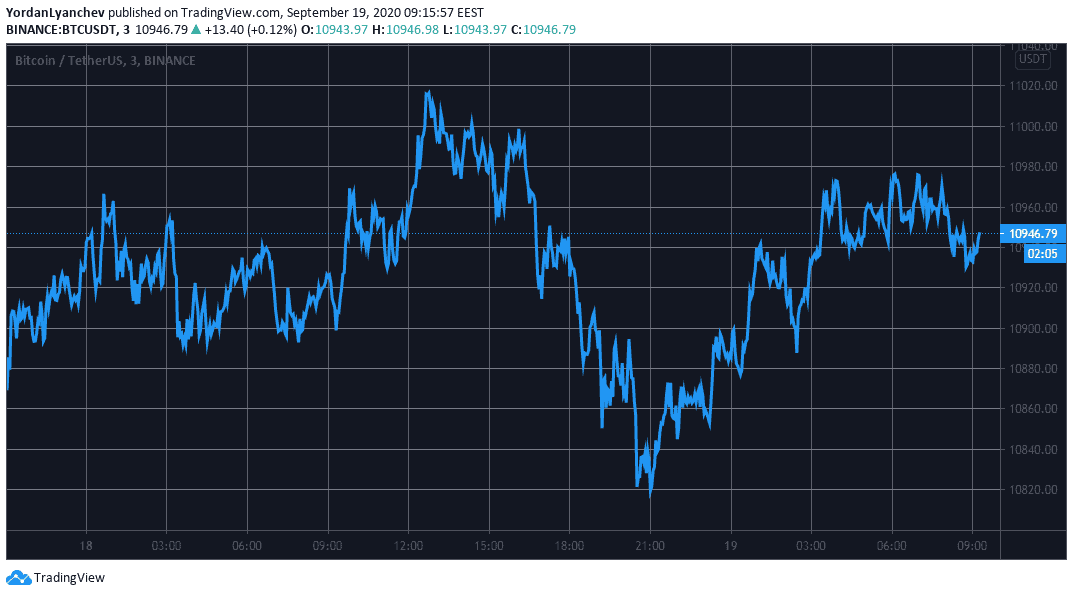 It’s worth noting that Bitcoin’s intraday performance resembled that of gold once more. The precious metal also increased from a low of $1,945/oz to its daily high of $1,960. However, a rejection followed at that point and drove its price to where it closed the Friday trading session – $1,950.

UNI Continues Surging, As Most Alts Slightly In Red

Chainlink has lost the most value from the top 10 coins as it plummeted by 8%. As such, LINK is fighting to stay above $10.

The double-digit price increase club has several representatives. Those include Celsius (20%), NEM (16%), DxChain Token (15%), ABBC Coin (12%), and Hedge Trade (10%). However, one token trumps them all – the recently launched governance coin of the popular DEX platform Uniswap.

Released a few days ago, UNI has attracted lots of attention to itself. Most Uniswap users that received 400 UNI as airdrops sold their tokens almost immediately. However, data from Santiment reveals that those who displayed patience, and didn’t sell right away, have been awarded. The UNI price is significantly higher than when it was during the most substantial sell-off stage. 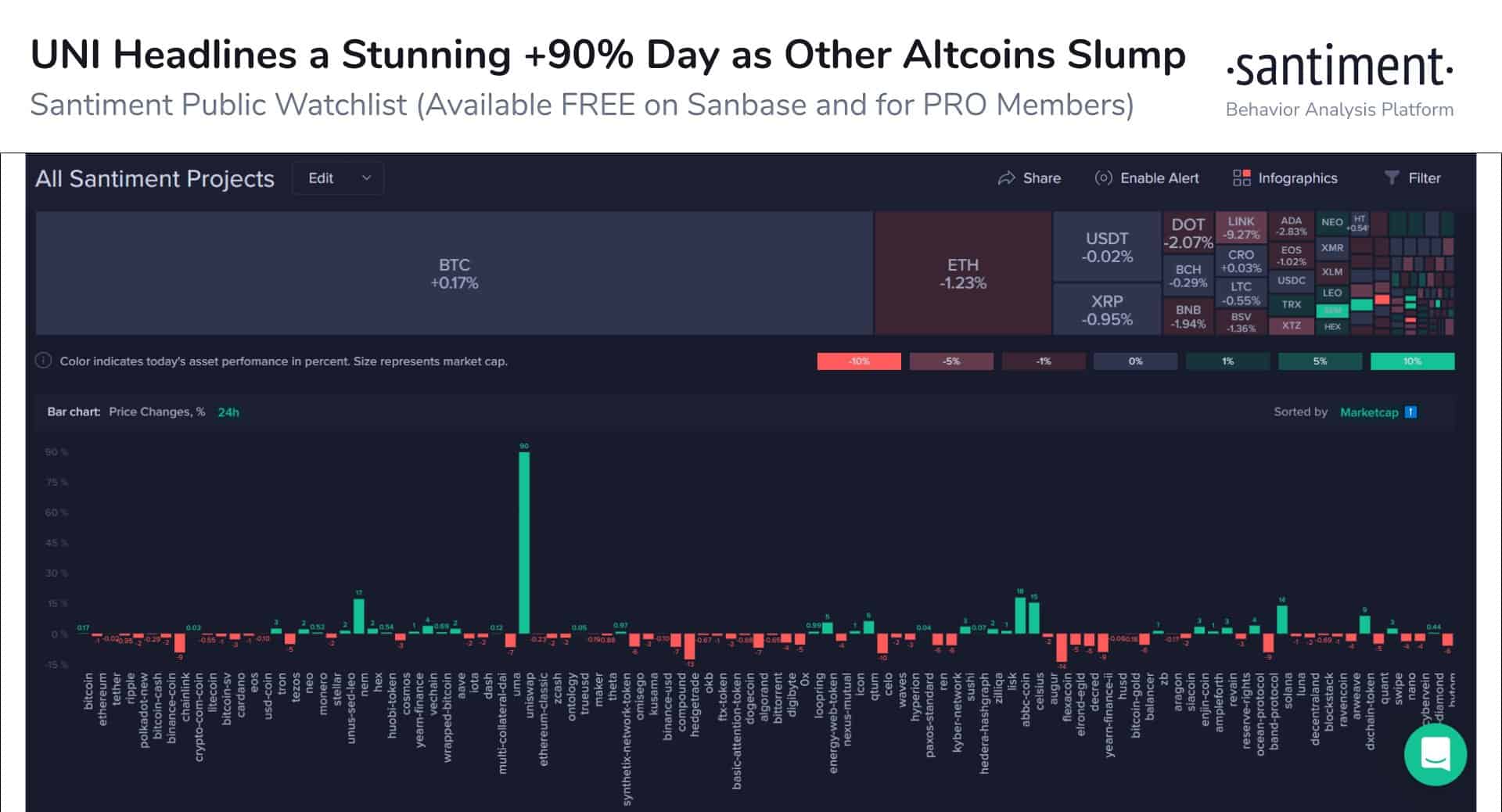