Ripple’s third annual Blockchain in Payments report had some interesting revelations regarding digital asset adoption globally. Despite the ongoing global pandemic, 79% of businesses reported growth in 2020, with 44% stating that innovation in payment technology is a key growth driver.

Interestingly, respondents from Latin America stood out by ranking growth as the highest benefit, followed by cost-saving, whereas more mature markets ranked cost savings and data transparency as the greatest benefit of blockchain adoption.

The chart above demonstrates the rate of adoption across business types, with digital banking/fintech businesses leading by a few percentage points. While these businesses are the most common adopters of blockchain, the survey revealed that blockchain is now scaling beyond just payments.

Reportedly, 98% of respondents running a payments blockchain POC have also deployed the technology for non-payments use cases – the most common ones being Trade Finance and Supply Chain Management. 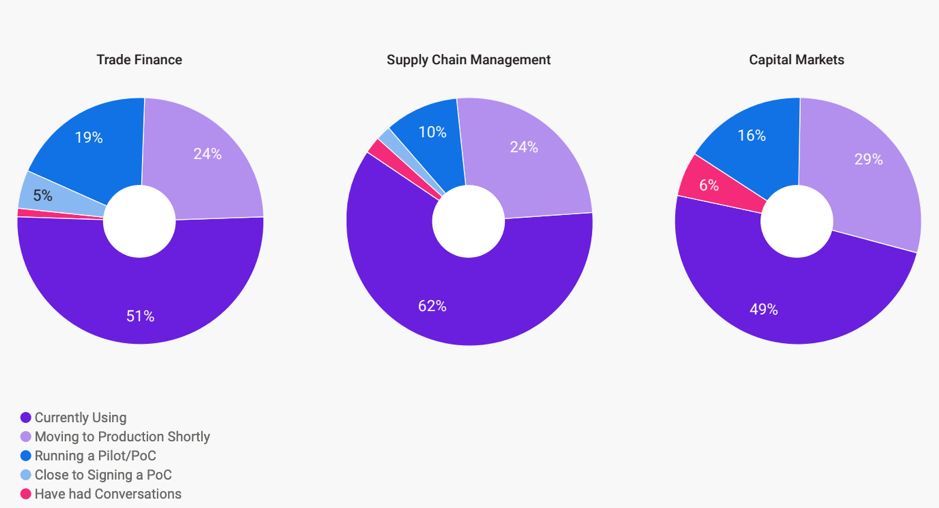 In terms of the major barriers to adoption, however, the lack of regulations and clarity on that front remains an issue universally.

This year, the report also revealed that price swings experienced by the top two digital assets and arguably the most well-known—bitcoin and ether—influenced respondents’ perception of volatility, which posed an issue.

That being said, less than half the respondents in Latin America and APAC were concerned over this, potentially due to the fact that these regions use digital assets as a hedge against their own domestic currency risk.

READ  “There is very little to see you, my dear,” is how Sherlyn announced her baby’s name

Perhaps the most important revelation of all, was that early adopters of blockchain-based payment solutions have witnessed the highest levels of growth year over year.

The market opportunity for innovators in fintech/retail banks and those located in emerging markets is quite significant with expectations of strong, continued growth.

Amidst all the contributing factors to digital asset growth, the key takeaway is – first movers in blockchain payment adoption and less mature markets are likely to see the most growth going forward.