With another sell-off in the top tier cryptocurrencies Ethereum and Bitcoin, the alt market too was once again painted red. Technical indicators while showing little price recovery progress, maintained mixed signals on volatility and price action.

However, the larger short-term trend for XRP, Ontology, and BitTorrent remain bearish. 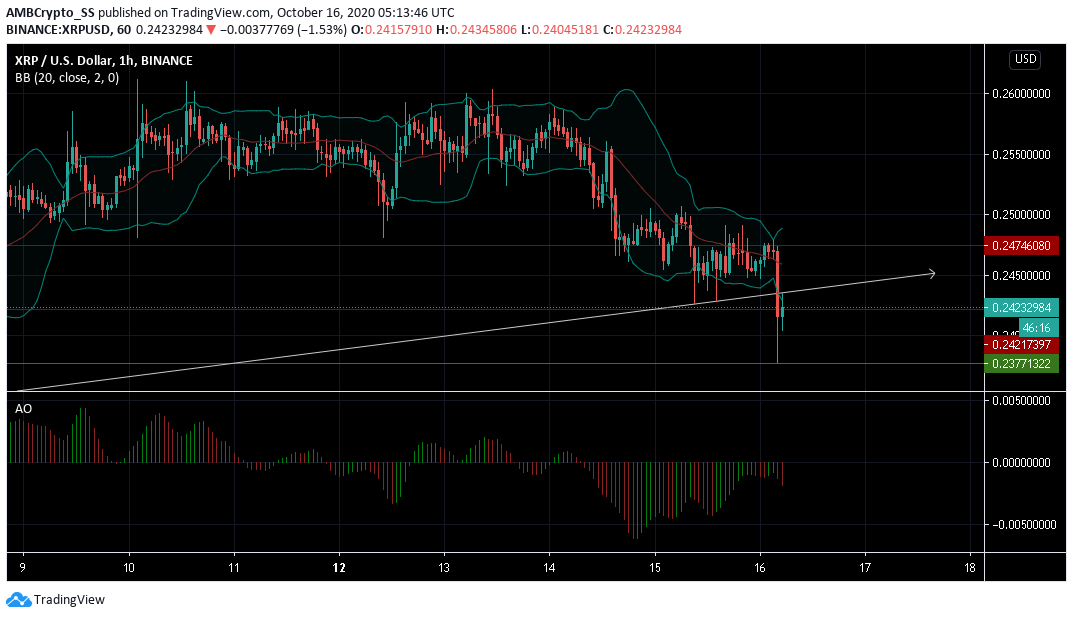 At press time XRP was last traded at $0.242. XRP recorded another wave of decline and was facing resistance at its LTP.

The Awesome oscillator too recorded a heavy selling pressure, with red closing bars below the zero line. Further, the divergence noted in the Bollinger Bands, suggested increased volatility levels for XRP’s price.

A price action along the lower bands suggested the possibility of a few more bearish training sessions during the weekend. 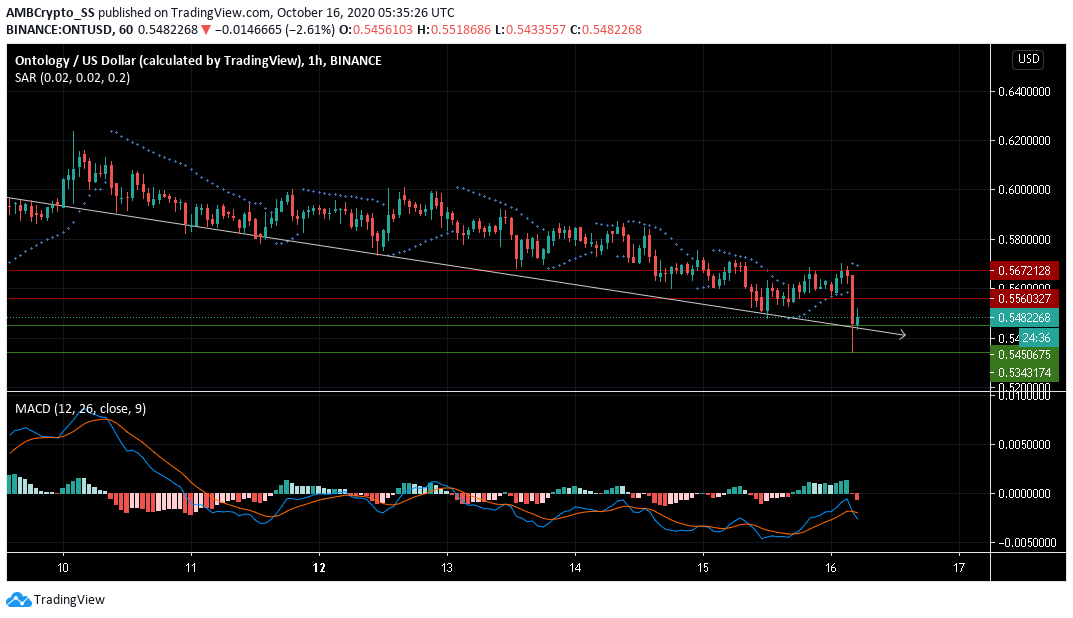 Ranked 39th on CoinMarketCap with a market capitalization of almost $ 431 million, Ontology at press time was trading at $ 0.548.

The digital asset has seen a price correction of nearly 10% over the last week, following the consistent sell-off period since 10 October.

The price fell below two of its key resistance levels at $0.567 and $0.560 and was further down by 3% since yesterday. This short-term loss also coincided with a bearish crossover seen in MACD, signaling a bearish market momentum.

The placement of the dotted lines of the Parabolic SAR, above the candles, also indicated that the price could further go south, to retest the immediate support level at $ 0.534 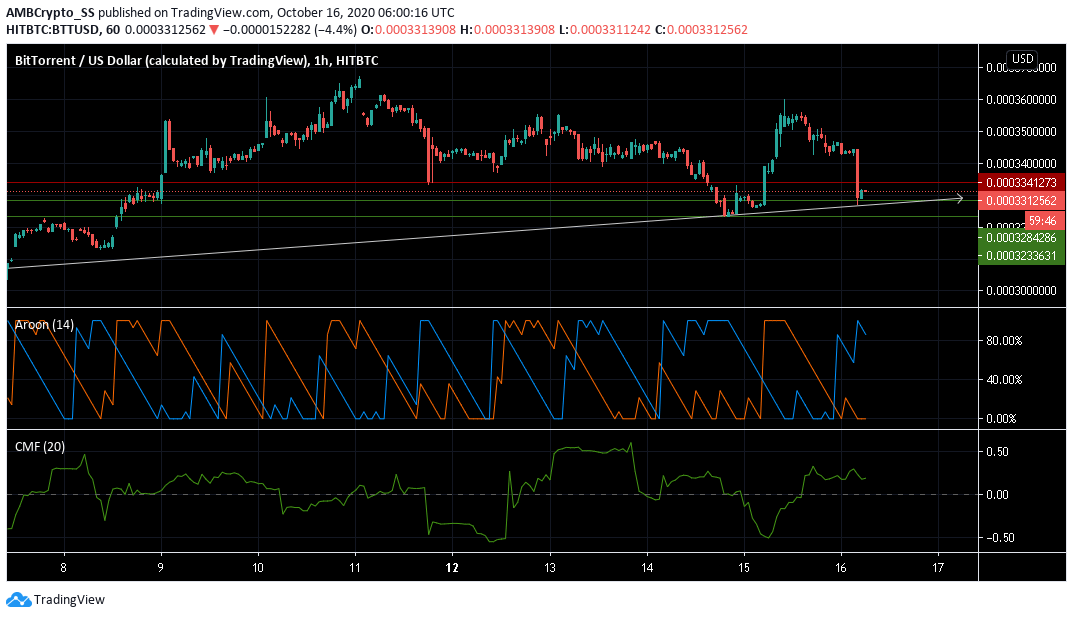 READ  Prince Harry and the reason his own friends criticize him: He’s a complete idiot

The Aroon Indicator painted a clear bearish picture, with the Aroon down (blue) above the Aroon Up (orange).

However, this momentum could see a possible price correction in the next few days. With a retest at the immediate support, the price could be seen retracing downwards.