Cardano and Ethereum Classic to develop solutions against 51% attacks 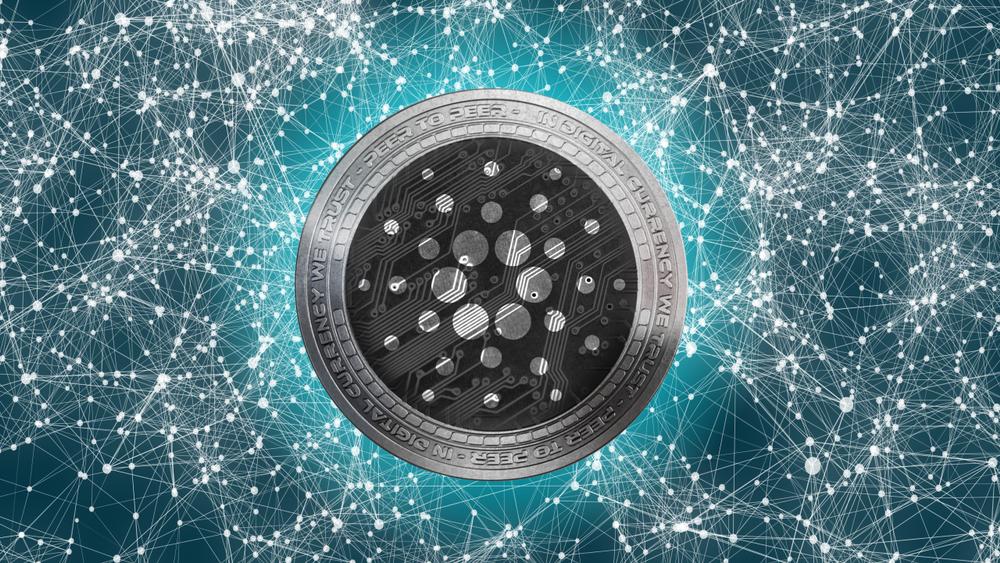 The report “ECIP Comparison for 51% Attack Resistance” has been published by ETC Cooperative. This entity is in charge of promoting and supporting the development of Ethereum Classic. The report was written by Kostis Karantias of Input Output Hong Kong, the company in charge of the development of Cardano. Contributors include two other IOHK developers and the Director of Developer Relations for ETC Cooperative, Stevan Lohja.

The Ethereum Classic network has been affected by at least 3 attacks of 51% in August alone. The developers of ETC have received a lot of pressure from the community to find and promote a solution. The report indicates that the attacks have reduced trust in the ecosystem and raises the possibility of an exit of ETC from exchange’s lists:


IOHK has a long association with ETC and its community. To mitigate these attacks and secure the ETC network, the IOHK team has conducted an analysis of the different options and proposals found through the ETC community.

The IOHK team reviews 6 proposals to mitigate the problem posed and preserve the properties that make Ethereum Classic a “robust” transaction ledger. The first proposal goes by the name “Checkpointing” and consists of establishing a checkpoint mechanism to make each block irreversible and prevent it from being reversed.

This solution involves designating an entity to choose a checkpoint for a block that will be considered the canonical chain that other parties must follow. This solution offers three advantages: reduction of exchange confirmation time, maintains the Ethereum Classic consensus protocol and does not alter mining rewards, achieves the “liveness” required by a transaction ledger, has been proven.

The second proposal is “Timestamping”, this solution proposes to base the network security on another ledger, in this case Bitcoin. Therefore, Ethereum Classic miners would use a timestamping feature to produce blocks linked to the Bitcoin blockchain. However, to implement it, the ETC nodes must be connected to the Bitcoin network.

The other proposals analyzed are Veriblock, PirlGuard and MESS. The first two are based on the Bitcoin and Ethereum blockchains’. In the following table, you can see a summary of the comparison of all the proposals and see which ones have been proven and which ones only work for specific cases. 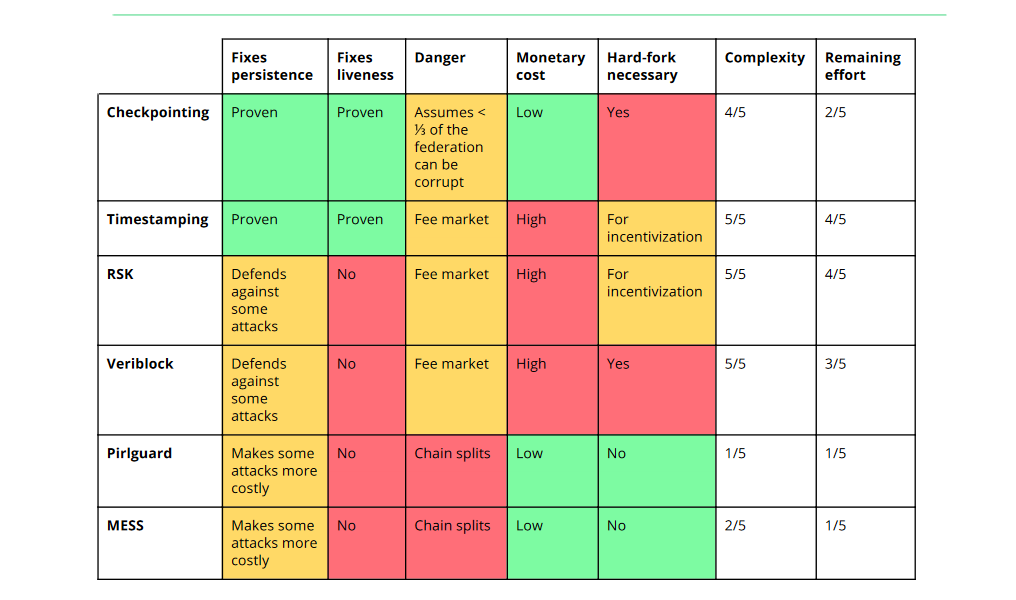 Since the moment the Ethereum Classic network started to suffer from attacks, the developers have implemented a strategy to increase network security. Among them: “defensive mining” in conjunction with mining pools to increase the network hash rate, network monitoring, coordination with exchanges to agree on “secure confirmation time”.

In the meantime, the community discusses and decides on the best long-term solution. ETC Cooperative’s report could be an important step in that direction. However, the report has pointed out that the solutions outlined above have their own trade-offs and should be taken as temporary. Getting to the root of the problem will require “innovation, growth, and belief in the ecosystem”.