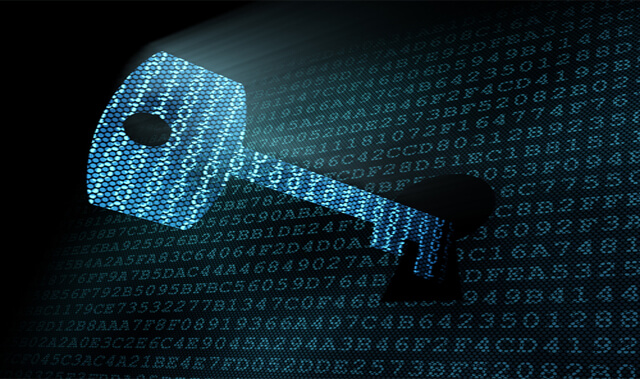 It was always inevitable that a final and long overdue action by the Financial Conduct Authority (FCA) to ban cryptocurrency in the United Kingdom would polarize opinions.

The FCA has been criticized on tenuous grounds by self-appointed cryptocurrency fanatics – let’s call them fanatics, rather than industry or trade organizations – saying that the FCA took this step whilst no step has been taken of this type in Europe or parts of North America.

That is of course no grounds to call the FCA’s decision into question. The FCA simply did the right thing far before any of its European peers did, and admittedly far too late at that.

Yesterday, FinanceFeeds reported that some self-elected industry bodies do not give up so easily, our example being Global Digital Finance (yes, we have never heard of them either) which calls itself an industry membership body that promotes the adoption of best practices for cryptoassets and digital finance technologies, whatever that means other than the advocating of allowing members of the public to be defrauded.

Yesterday morning, this body of mavericks claimed that the Financial Conduct Authority’s (FCA) recent decision to ban the sale of derivatives and exchange traded notes (ETNs) linked to cryptoassets to retail customers is a huge setback for the UK in maintaining its dominant position as a global fintech hub.

FinanceFeeds endorses the FCA’s actions entirely, and it is a good thing that after ten years of snake oil salesmen creating one catastrophe after another, ranging from fake exchanges stealing from depositors to illicit marketplaces being closed down by the US Department of Justice, the nail is finally being hammered into the coffin.

However, one particular professional with a very interesting perspective is Stephen Leahy, whose opinion should be looked at with more than a degree of respect, given his longstanding stature as a senior FX industry executive with extensive expertise in the technology and brokerage sector dating back 25 years.

Mr Leahy began his career at State Street Global Advisors in Boston, Massachusetts in 1996, as a Portfolio Associate, before moving to Wellington Management where he was Client Administrator.

In May 2002 he joined IFX Markets alongside BMFN owner Paul Belogour, where he was a Senior Dealer, making him one of the very first pioneers of the retail FX industry just after the founding of Matchbook FX by Josh Levy, during the infancy of some of today’s big publicly listed firms, and well before the MT4 rush.

In 2006, Mr Leahy founded United Global Markets Group which was an NFA regulated brokerage focused on FX, raising $2 million in venture funding. From 2009, Mr Leahy founded Capital Market Access Partners, which was designed to reduce start-up costs of an execution stack for FX & CFD by 95%, a company he sold to oneZero Financial Systems in 2013, and at the same time he joined oneZero as Head of Business Development for the Americas.

After a stint as COO at FXPRIMUS followed by Shift Forex, Mr Leahy went on to work with some blockchain and digital asset related technology platforms, currently being Managing Director of Oneiro, where he is responsible for liquidity and liquidity relationships for the ndau project which is an adaptive digital asset, designed and optimized for the long-term store of value.

Given his tremendous experience in FX, it is therefore valid that he shares his opinion, as Mr Leahy is a world apart from the upstarts and chancers that blight the entire landscape with their cryptobabble.

Today, Mr Leahy told FinanceFeeds “I seem to have picked the right day to tune in here!”

“First, lets discuss Digital Assets (“DA”) vs Tokens. Tokens are what came from the fraudulent ICO era. For example, people saying here is a decentralized version of Dropbox, but you need to buy my CRAP token to use the platform and the Tokens are not even here yet, but my team will work to build decentralized Dropbox if I sell enough of these CRAP tokens.” That is the summary of an ICO and that should be a Security and those are rightfully illegal” – Stephen Leahy

“Natively Digital Assets are much more like a commodity or a currency. They are used as one of the 3 functions of money; either as a medium of transaction or as a store of value. They are not used as a Unit of Account (yet), and are not specific to a single use-case. This is the distinction between ICO and DA” he said.

“Second, similar to a government-issued currency, the holders and users of DA judge them to have value, and if you have enough people who believe them to have value, then they do. We have many different sovereign currencies now and use them based on our geo-location. With DA, one uses a specific DA based on use case; Medium of transaction, store of value, private transaction, rewards/incentives usage, governance, etc. There will eventually be 8-10 primary DA and a smattering of others (just like sovereign currencies). Forward-looking financial services firms recognize this change and are adapting by adding services that address the growing interest in DA” he continued.

“Though the above may sound like I am against the FCA ban on CFD’s on DA, in fact I am on your side, albeit for a different reason. Your reasoning is that DA are all scams and schemes that will harm consumers and therefore ban it all. I see it differently” he said.

“I believe a few of the major DA (and some that have yet to be created) are the future of finance and will be the assets and platforms that are used by the finance sector in coming years to facilitate frictionless transactions for consumers, and instant settlement of payments between financial firms and their clients. So I believe wholeheartedly in Digital Assets. But I want CFD’s banned too” explained Mr Leahy.

“Why?, well I want to speed the move to Digital Assets by all. I do not want legacy financial service firms to get in the way of adoption. And while trading and liquidity of DA is important, I want people to experience being “un-banked”. Buy some DA and hold it yourself on your mobile wallet, transfer value instantaneously to anyone you choose in seconds with almost zero costs ($1 or $1million), access your wealth from anywhere on the planet with an internet connection” he said.

“Digital Asset CFD’s just add layers of service providers between an individual and their property. I get that speculators want to speculate. But for those who have a legitimate interest in the future of finance, CFD’s add risk and put a financial entity between you and your digital asset. Get educated, buy the actuals, and hold in your own wallet” he concluded.

Certainly an interesting perspective, especially given that two brokers about which FinanceFeeds is privy to inside information showed losses of $17 million and $40 million respectively within one week at the end of 2017, one of which was a publicly listed entity which hid this unfortunate scenario by reporting the entire year in one quarter, presumably to avoid shareholder furore.

CFDs have been under the regulatory microscope for some time now. Which will overtake? The tenuous newcomer, or the institutional NDFs of long term provenance?