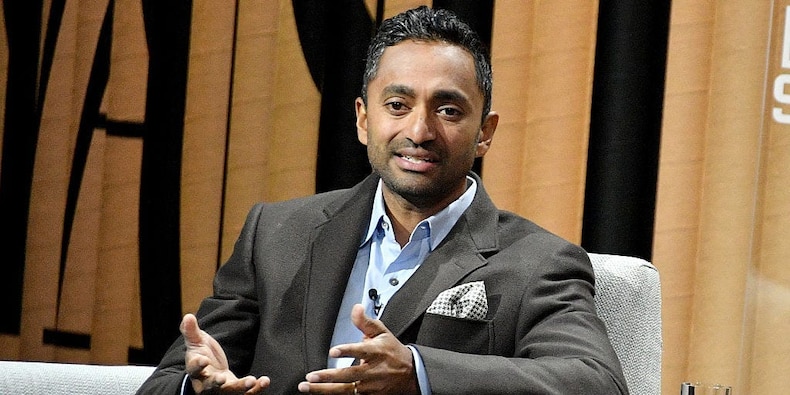 The Social Capital chief and Virgin Galactic chairman also spoke about the power of social media, criticized elite colleges, and called for changes to virtual education.

Here are his 8 best quotes from the interview, lightly edited and condensed for clarity:

1. “There is a secret that is hiding in plain sight in Silicon Valley, which is that when you fail, you learn.”

2. “Everybody else points and laughs and mocks failure. Whereas here, it is a real badge of honor.”

3. “You are much more likely to have The Rock, or Kim Kardashian, or Charli D’Amelio be the next great politician, than you are some person who is steeped in policy and who really understands what to do” – discussing how social media redistributes power and influence to those who can harness it.

Read More: Buy these 15 cheap, unheralded stocks that will take off in 2021 thanks to their accelerating sales growth, Jefferies says

4. “The loudest people are never the smartest people.”

5. “Climate change has this incredible feature that it is a Trojan horse for normalization. Nobody has time to be hacking and blowing things up and being extremist when you are focused on economic survival.”

6. “Pragmatist rhetoric is what will get your mother and your grandmother to have Bitcoin in their wallet” – suggesting demand for cryptocurrencies will be more widespread if they’re pitched as hedges or part of a portfolio rather than the ultimate investment.

7. “Places like Harvard and Stanford are really corrosive. They are worthless. They have created a monoculture of check-boxing dipshits. They are money-management institutions that basically dole out power and influence based on acceptance and admittance that just entrench the moneyed class.”

Read More: ‘I still think there’s a long way to go’: A crypto CEO breaks down why he’s bullish on Bitcoin even after its surge back to $18,000 — and shares the other cryptocurrency he thinks is here to stay

8. “They should be getting paid more than an athlete” – calling for the best teachers to take on larger virtual classes while school remains closed and be paid a lot more.