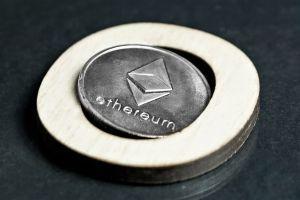 Among several of the recently much-discussed Ethereum (ETH)-related events is the arrival of a particular Ethereum Improvement Proposal (EIP) that should help lower fees – but high fees are a scalability, not a mechanism issue, argues an expert.

EIP-1559 is expected to bring automatic token burn mechanism for each transaction and an improved fee market, and has been highly anticipated within the ETH community and the Cryptoverse in general.

In his recent analysis of this proposal, Roughgarden says that Ethereum now uses a first-price auction fee mechanism: each transaction comes with a bid, corresponding to the gas limit times the gas price, which is transferred from its creator to the miner of the block that includes it. With this EIP, it would be changed to a base fee: each transaction included in a block must pay that block’s base fee (per unit of gas), and this payment is burnt rather than transferred to the block’s miner. Also block size is variable, and the base fee is adjusted after every block.

He goes on to say that real transaction fees can’t be expected to drop significantly below the market-clearing price during a period of relatively stable demand, regardless of the mechanism. “With fees below that price, demand for gas would exceed supply, resulting in some lower-value transactions replacing higher-value transactions.” And if the market-clearing price is already extremely high, the only ways to lower it are to increase supply or decrease demand — “actions that are generally outside the purview of mechanism design.”

Layer 1 is the base protocol (the Ethereum blockchain), while Layer 2 is any protocol built on top of Ethereum.

“Looking toward the near future, good scaling solutions will be crucial for keeping transaction fees in check and more generally for encouraging the growth of the Ethereum network,” said Roughgarden. 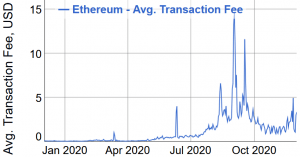 Ethereum has just yesterday launched the long-awaited first phase of Ethereum 2.0, which will eventually bring both sharding and rollups that should enable more transactions in less time with lower fees. The launch was deemed a success. A day later, the validator participation is even higher than c. 85% seen upon the launch, climbing to 96% – what the developers were hoping to see.

All this said, what this EIP should do, said Roughgarden, is:

As said previously, analysts, developers, and researchers have argued that this proposal would improve the fee market and make fee estimations more predictable.

As for the potential major risks of this proposal implementation, said Roughgarden, they include implementation errors, a fork caused by some parties rejecting the change, extra complexity at the consensus layer, a hostile reception by miners and a coordinated response, as well as a new, though expensive attack vector enabled by variable-size blocks. The professor also finds fault with the base fee update rule, calling it “arbitrary” and as something that should be adjusted over time.

10. Variable-size blocks enable a new (but expensive) attack vector: overwhelm the network with a sequence of maximum-size blocks.
11/14

The professor added that “[r]easonable people will disagree on whether the benefits of EIP-1559 justify the risks in adopting it. Those who subscribe to a “why fix what isn’t (too badly) broken” philosophy may prefer to stick with the status quo. For those who believe that consensus-layer innovation should continue to be a central part of Ethereum’s future, however, the arguments in favor of EIP-1559 are strong.”

As reported previously, Anthony Sassano, SetProtocol product marketing manager, said in August this year that EIP-1559 – “the largest and most complex change to Ethereum since it first went live” – could be out “maybe (big maybe) within the next 6 to 12 months.”

Meanwhile, Eric Wall, Chief Investment Officer of the crypto hedge fund outfit Arcane Assets, commented that the Bitcoiners’ disinterest in this EIP will prove beneficial for Ethereum should its implementation be successful.

Bitcoiners: “A predictable base-layer is the best way to facilitate a prosperous, reliable monetary order.”

Ethereans: “A looser base-layer allows for disinflationary optimizations, and fee-level harmonization that could otherwise become problematic for any blockchain”. https://t.co/YhD1l3Xs81

“I think that Ethereans’ line of argumentation will resonate well with certain nocoiners, and when those nocoiners bring those arguments back to Bitcoiners and discover that almost no Bitcoiner has bothered to understand the details of it, it’s going to play in favor of Ethereum,” Wall said.