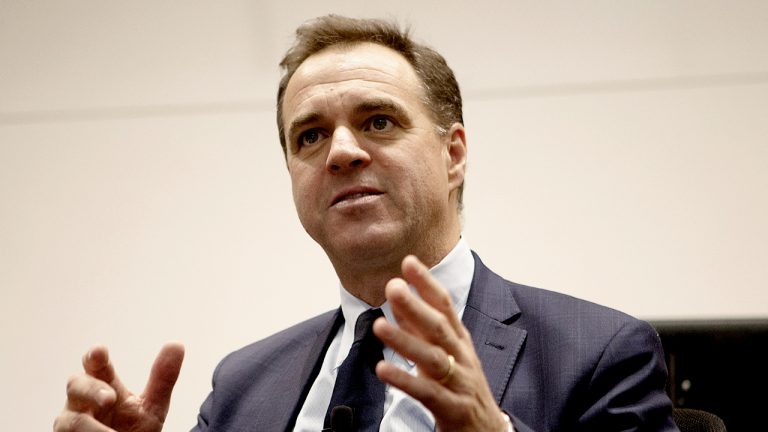 Historian and senior fellow with the Hoover Institution at Stanford University, Niall Ferguson says bitcoin is winning the Covid-19 monetary revolution. Hailing the virtual currency as a great place for the rich to store their wealth, Ferguson also notes that the bitcoin’s resilience has forced critics as well as institutional investors to alter their views about the leading crypto.

Ferguson names bitcoin basher Nouriel Roubini alongside one financial journalist as some of the critics that are now having second thoughts about bitcoin. In an opinion piece, Ferguson explains that before Covid-19 struck, a financial revolution was already underway with cash being the main casualty.

To support his belief that a financial revolution is underway, the historian says in “some parts of the world — not only China but also Sweden — nearly all payments are now electronic.” In the U.S., debit card transactions have exceeded cash transactions since 2017. While in Latin America and parts of Africa, cash is giving way to cards and mobile money.

However, Ferguson says Covid-19 has, just like what other pandemics have done in the past, accelerated the current monetary revolution. Highlighting the narrative that bitcoin is now a better hedge against inflation, Ferguson compares the digital asset with the U.S. dollar and gold.

In the comparison, Ferguson says the “dollar spot index is down 4% since Jan 1. Gold, by contrast, is up 15% in dollar terms. But the dollar price of a bitcoin has risen 139% year-to-date.”

Next, the historian explains the factors behind bitcoin’s performance as follows:

What might have taken 10 years has been achieved in 10 months. People who had never before risked an online transaction were forced to try, for the simple reason that banks were closed. Second, and as a result, the pandemic significantly increased our exposure to financial surveillance as well as financial fraud. Both these trends have been good for bitcoin.

Ferguson, who has previously argued that bitcoin will never go to zero following its plunge in late 2017 and 2018, doubles down on this argument in an updated version of his book. In the book, he states “that bitcoin had established itself as a new store of value and investment asset — a type of ‘digital gold’ that provides investors with guaranteed scarcity and high mobility, as well as low correlation with other asset classes.” 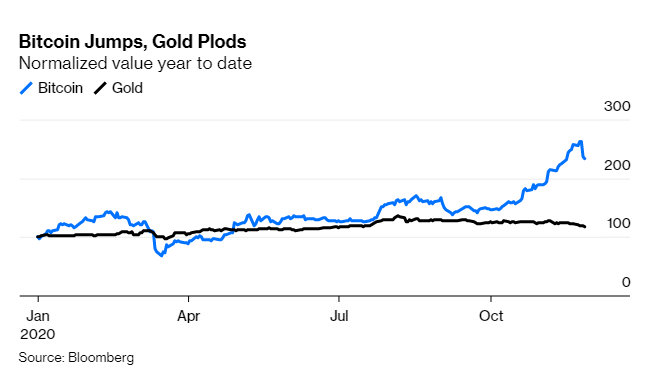 Meanwhile, the historian also addresses the embrace of bitcoin by high-net-worth individuals as well as institutional investors. The embrace has sustained a bull run which has seen bitcoin breaching previous highs. In the past, Ferguson argued that “if millionaires collectively decided to hold just 1% of their wealth as bitcoin,” the price would reach $75,000.

Ferguson acknowledges that bitcoin has three obvious defects and these include transaction costs which “are not trivial,” low transaction throughput, and its “slow” use as a means of payment. Nevertheless, these disadvantages are outweighed by two unique features of bitcoin: scarcity and sovereignty.

Do you agree with Ferguson’s remarks that bitcoin is winning the monetary revolution? Tell us what you think in the comments section.