Stock markets fluctuated Tuesday as hopes for the rollout of coronavirus vaccines and more huge stimulus out of Washington competed with fears over surging infections, tougher lockdowns and brewing political and social unrest in the United States, traders said.

The dollar traded mixed, while oil prices gained more than one percent.

The pound was up around half-a-percent versus the dollar, which weighed on the London stock market featuring numerous multinationals that earn substantial amounts in the US currency.

Bitcoin was much steadier after swings of 20 percent in recent days to trade up a much more modest 4.4 percent at $35,343.

“The fact that vaccines are being rolled out will be comforting for investors but the first quarter is shaping up to be far more painful than anticipated,” said Craig Erlam, analyst at Oanda trading group.

“This may dampen sentiment in the coming weeks, especially if corporate America raises concerns during fourth quarter earnings season, which kicks off later this week.”

Another focus of attention for traders is Washington, where Democrats are seeking a historic second impeachment of Donald Trump, who they accuse of inciting an attack on the Capitol Building that delayed certification of Joe Biden’s presidential election.

There is a worry that the move could distract from the Democrats’ plans for a bigger stimulus bill to stem the virus’ impact, with some warning the row could overshadow Biden’s first few months in office.

He has called for a huge package including $2,000 cash handouts, though analysts said that while markets would welcome a spending splurge, there were concerns about the fiscal implications.

Bets on another rescue deal have ramped up inflation expectations, with 10-year Treasury yields above one percent for the first time since March and talk swirling that the US Federal Reserve could begin to consider winding down its vast bond-buying scheme.

“Ultimately it goes back to the 10-year,” Lynx Equity Strategies said in a client note.

A higher yield “points to higher inflation down the road — which is negative for stocks. We are not there yet, but as the 10-year inches higher — the closer we get”, it added. 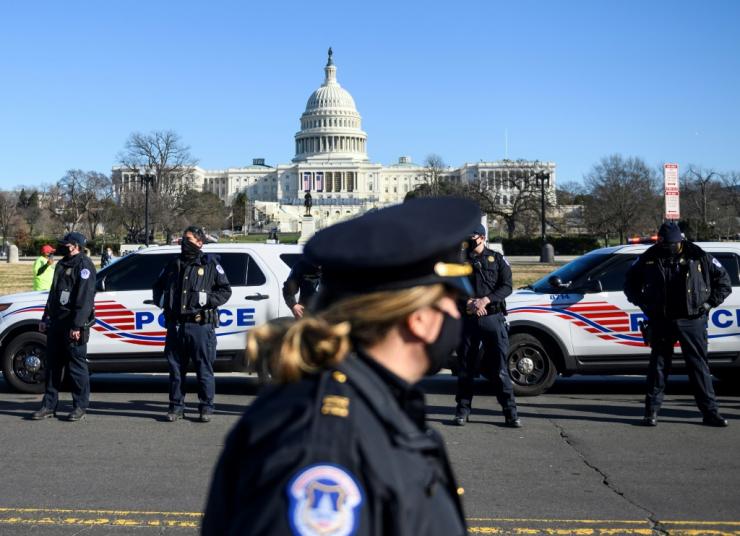