Judging by the number of subscribers it has amassed since establishment and the rate of growth, Nigerian based fintech, FairMoney is geared towards replicating its Nigerian achievements in India. The company is buoyed against the backdrop of the fact that with more than 1.7 billion underbanked people globally, the majority of which are from emerging markets, no better place to be after Nigeria than India with its huge markets. FairMoney, which describes itself as “the mobile banking revolution for emerging markets was founded by Laurin Hainy, Matthieu Gendreau and Nicolas Berthozat, and is a licensed online lender that provides instant loans and bill payments to underserved consumers in emerging markets. 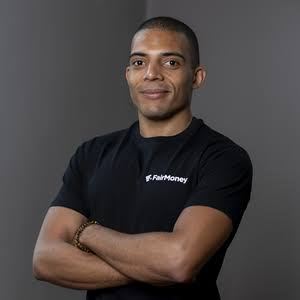 FairMoney which set up shop in India last year, just three years after launching its mobile lending service in Nigeria, wants to recreate the exponential growth in Nigeria in terms of loans disbursement. Last year, it disbursed a total loan volume of $93 million, representing a 128% increase from 2019 and a staggering 3,189% growth rate from its first year of operation in 2018. As it stands, the company is projecting a $300 million loan disbursement volume by the end of 2021.

“I think we’ve been able to disburse 25-30% more than some of our competitors and I think we’re a market leader,” Hainy, the company’s CEO, said. However, compared with traditional banks, it was the seventh-largest digital financial services provider in that area

Hainy says that data-driven insights were behind the choice to expand to India. The Indian market is quite similar to Nigeria’s. In the Asian country, only 36% of adults have access to credit, leaving an untapped market of about 141 million people microfinance banks do not serve. But unlike Nigeria, India has better unit economics for the lending business and a friendlier regulatory environment.

“If our ambition is to build the leading mobile bank for emerging markets, we need to start with very large markets,” Hainy said. “We tested our products in 10 different markets checking out for things like what the yield economics is like, NPLs, cost of risk, customer acquisition cost, cost of infrastructure and India stood out to us.”

Read also:Netflix Taps Ebi Atawodi as Director of Payments for the EMEA Region

Following its expansion six months ago, FairMoney claims to have processed more than half a million loan applications from over 100,000 unique users. This number trickles down to 5,000-6,000 loan applications per day, with APR standing at 12-36%. Hainy says the company has achieved this with zero ad spend or marketing. Because of the daunting logistics behind international expansions, it’s challenging for an African-based startup to expand outside the shores of the continent. Although a rarity, there are a couple of startups to have undertaken such a task. Last year, Nigerian fintech Paga with 15 million users and a network of over 24,000 agents acquired Ethiopian software company Apposit to fast-track its expansion into Ethiopia and Mexico.

FairMoney is on a similar path, as well. And with over 100 staff spread across Nigeria, France and Latvia, the company hopes to build an engineering and marketing team in India.

Last month, it hired the services of Rohan Khara to become its chief product officer (CPO) and facilitate the expansion. Khara is the former head of product for financial services for Indonesian super app Gojek and held senior roles at Microsoft, Quikr and MobiKwik. Hainy says with Khara’s wealth of experience building consumer products in large emerging markets — India and Indonesia — FairMoney is poised for massive growth in Nigeria and India.

Kelechi Deca has over two decades of media experience, he has traveled to over 77 countries reporting on multilateral development institutions, international business, trade, travels, culture, and diplomacy. He is also a petrol head with in-depth knowledge of automobiles and the auto industry