How has e-commerce firm Amazon dodged India’s foreign investment rules to seek its own benefits? 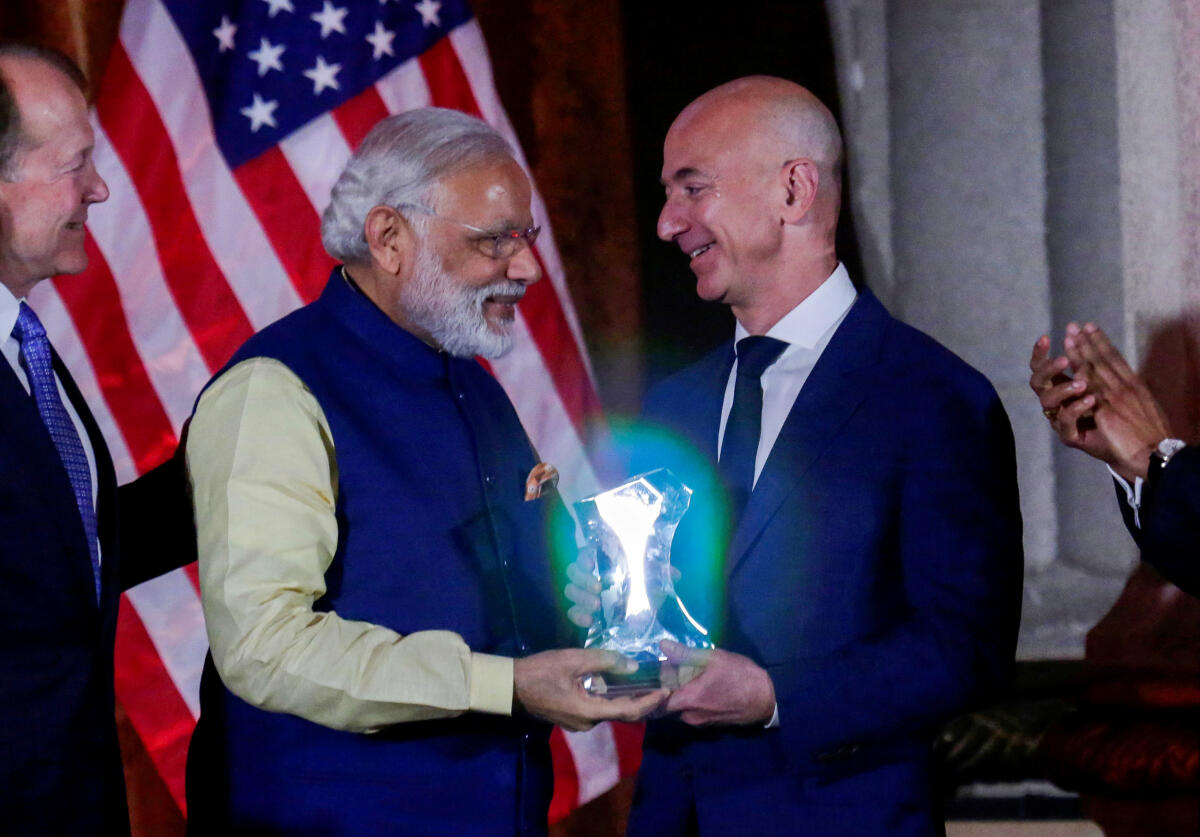 Amazon India, the so proclaimed messiah of small retailers in the country, has become a common name in every Indian household. The exponential growth that Amazon has seen in the second-most populous country of the world has been nothing short of a dream and it would be safe to say, Amazon values India as much as Indian households do to Amazon. However, the case for Indian traders has been slightly different. For the longest time now, Indian traders have alleged that Amazon, the e-commerce retailing platform, largely benefits a tiny number of big sellers and that it engages in predatory pricing. While the news may sound new to some ears because of the company’s well hid dodge of the country’s rules, the traders that have been a part of the American giant cannot help but agree to the speculations. But what exactly happened right now that called in all this fuss about Amazon? Well, let’s go back to 2019.

In a move by the government in 2019, it was made mandatory for foreign direct investment from neighbouring countries to receive approval from the government, in an attempt to curb the opportunistic takeovers by Chinese entities. It also added that a transfer of ownership of any existing or future foreign direct investment in an Indian entity to those in the restricted countries would also need government approval. Of course, because of the unintended effects of policy change in the FDI sector, the regulations threatened to disrupt Amazon’s business in the country. This happened alongside Indian retailers repeatedly claiming that the giant benefits a small number of big sellers. As a result, a meeting between Amazon.com Inc.’s senior executive, Mr Jay Carney, and India’s ambassador to the US took place. Even though both parties strictly refused to make public the minutes of the meeting, the draft note prepared by Amazon employees for Mr Carney was reviewed by Reuters. The draft talked about the dos and don’ts for the meeting, the don’ts being very sensitive information. Here’s how.

Mr. Carney, in his dos, was told to highlight the fact that Amazon as of date had invested an amount of USD 5.5 Billion in the Indian industry and has since provided an online business platform to about 4,00,000 Indian sellers. As huge as the amount may seem, what the company failed to convey is the fact that out of these 4,00,000 retailers, consisting of all small, medium and large businesses, only about 35 companies are responsible for about 65% of the total sales on the company’s websites. Of these 35 companies, 2 companies, in whom Amazon holds an equity stake, accounts for about 35% of the sale, while the other 33 big companies account for the rest 30-32%. In other words, the so-called saviour of Indian small businesses only has 35 of those 4,00,000 businesses making the actual sale, the others not even getting a penny on the rupee. All this information, mentioned as don’ts in the draft, was classified as sensitive/not for disclosure information.

With this politically sensitive information, Indian retailers that have been alleging Amazon of hurting their small businesses by flouting federal regulations and biasing towards a few big sellers also got ammunition. This devastatingly undercuts Amazon’s claim of being a friend to Indian retailers, a base it has been flourishing for the longest time in India. All this information, especially because it is both politically and economically sensitive, opened doors for intensified government scrutiny in the Indian market. Even though Amazon from its end has denied all claims of being bias or of preferential pricing, but the documents since the advance of the company paint a picture similar to the claims of Indian traders. It lays in the open how Amazon has been giving preferential treatment to a small group of large firms on its India platform. This roots deeper because the above statement directly implies that the company publicly misrepresented its ties with the sellers and used them to dodge the regulatory restrictions of the country.

The regulatory laws in India state that an e-commerce platform may only act as a source to connect sellers to buyers for a fee, and cannot act as middlemen, unlike in the United States. Amazon, despite contradictory proof, claims that it has been compliant with the government-imposed regulations and has claimed that it runs a transparent online market space with no discrimination or bias to any individual seller. In a recent statement issued by the company, it expressed, “The reporting appears based on unsubstantiated, incomplete, and/or factually incorrect information, likely supplied (maliciously) with the intention of creating sensation and discrediting Amazon,”

The internal Amazon documents represent the discounted fees, special deals with big tech manufacturers and other privileges that have been given to a small number of sellers helping them claim their position in the market. The company also claimed that all sellers operate and maintain their inventory individually since the Indian law prohibits Amazon from acting as a middleman, but documents show that the company has exercised significant control over the inventory of some of Amazon’s biggest sellers. The said documents are the company’s internal drafts, meeting notes, PPTs and others from the period of 2012-19.

This straight away points at how Amazon has dodged government imposed new restrictions and foreign investment regulations by adjusting its corporate structure. There’s no denying the fact that the American giant faces significant regulatory risks here, at the moment. In January 2020, an investigating probe was also launched against Amazon, and Walmart owned Flipkart owing to the complaints launched by various trader groups under practices including promoting preferred sellers on their websites, discounting and prioritising some seller listing over others. Amazon has also been under investigation by the Enforcement directorate over the above said internal documents as a response to the breach of non-compliance with the country’s foreign investment regulations. However, the investigation goes, it is certain that the company has some serious mess coming its way.