Bitcoin (BTC) smashed past $61,500 levels on Saturday, March 13 hitting its new all-time high with massive buyers’ inrush. It’s been a phenomenal journey for Bitcoin (BTC) from under $4.5K exactly a year back during the Covid market crash. 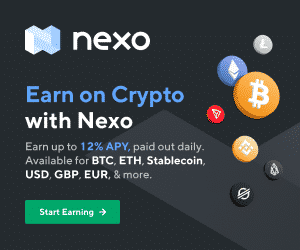 As Bitcoin (BTC) enters price discovery with this latest surge, some indicators show that the price hasn’t yet peaked out and thus there’s scope for further expansion. Glassnode co-founder and CTO – Rafael Schultze-Kraft – that BTC’s net unrealized profit/loss remains stable despite the rising price, which is a healthy indicator.

He adds that this “Indicates that the market cap is not rising at an excessively faster rate than profit taking and new capital inflows”. Interestingly, even at this new Bitcoin all-time high, we haven’t yet reached the greed/euphoria zone.

A #Bitcoin price increase while NUPL remains stable is healthy.

Indicates that the market cap is not rising at an excessively faster rate than profit taking and new capital inflows.

Another on-chain data from Santiment shows that the latest BTC price rally comes amidst its exchange supply continuously on the decline. On the other hand, the Bitcoin dormant tokens are on the move as the whales are booking profits while young retail investors are continuously buying.

🥳😎 #Bitcoin history has been made once again, as $60,000 was breached at 11:22am UTC! Several key factors are supporting the ability for $BTC to keep reaching these new heights, such as its low ratio of supply on exchanges, and dormant funds circulating. https://t.co/ORlwHr5DlD pic.twitter.com/z99FdC2FHs

Well, if this is still not enough to convince you about holding your Bitcoins, here are a few more fundamental indicators that are currently in a very healthy territory thereby further creating the scope of a major rally ahead. 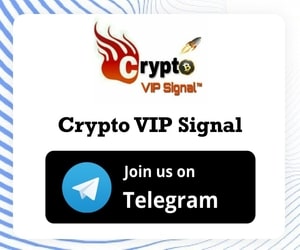 Tactical indicators such as Funding rate, SOPR and ASOL are all in very healthy territory, all giving #Bitcoin lots of energy for this next leg up. pic.twitter.com/l2qlYIGTOQ

With this path-breaking and unstoppable BTC price rally in 2021, everyone’s excited about where’s Bitcoin heading from here onwards. PlanB, author of the popular Stock-to-Flow (S2F) model has said that the BTC price can touch $100K levels in the period between April-September this year.

Validating it further is the on-chain options-based data from Skew Analytics. The below chart shows that the probability of Bitcoin touching $100K levels by December 2021 is 20%. On the other hand, the gray line shows that there’s around an 18% probability that it might hit this milestone earlier by September 2021. 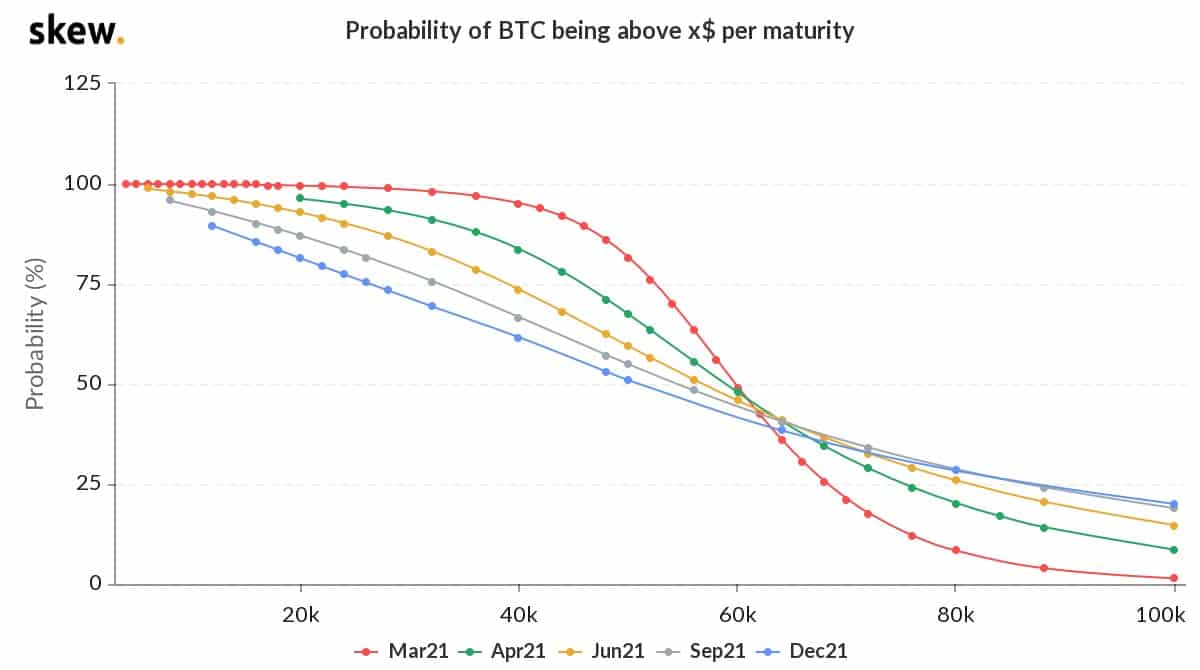 In the short term, Bitcoin evangelist Max Keiser states that the price can touch $77K very soon. However, his BTC price prediction by the end of 2021 still stands firm at $220K.

To keep track of DeFi updates in real time, check out our DeFi news feed Here.