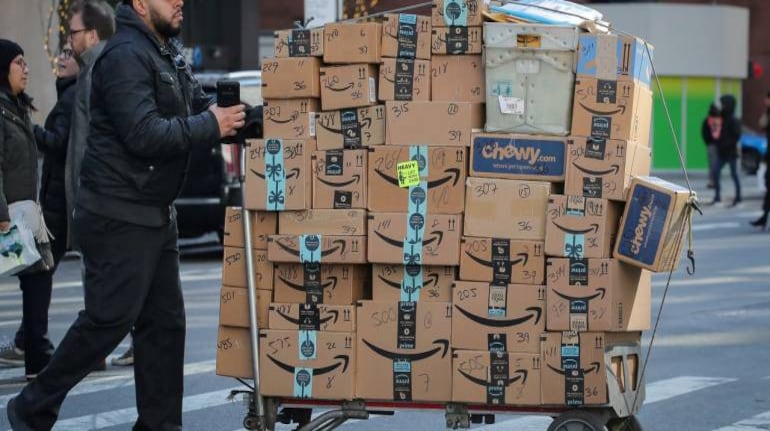 A new draft of the proposed e-commerce policy was discussed in an inter-ministerial meeting on March 13.

A new draft of the proposed e-commerce policy was discussed in an inter-ministerial meeting on March 13, and the government will hold consultations with various stakeholders this week before unveiling the final policy.

Rapid internet penetration, low cost of data and smartphone access has led to an increased adoption of e-commerce in India, a trend that will continue as more Indians come online.

Moneycontrol reviewed the unofficial draft to bring an account of the key issues raised and how this will impact the booming online commerce space going forward.​

Curtail preferential treatment given by marketplaces to select vendors

In the draft, the government has said marketplaces cannot be “partial” to any of its sellers. This is not the first time the government is trying to address the issue. In 2018, it had come up with Press Note 2, revising the then-existing Press Note 3. It asked marketplaces to ensure that they don’t sell products of their group companies on their platforms.

Following the clarification, Amazon and Flipkart rejigged its ownership structure in some of their key sellers. In February 2019, Catamaran Ventures raised its stake in Cloudtail’s parent company Prione Business Services. The move reduced Amazon Asia’s stake in Cloudtail to 24 percent from the earlier 49 percent, with Catamaran Ventures’ stake rising to 76 percent from 51 percent earlier. Following this, Cloudtail ceased to be an Amazon group company, making it compliant with the rules.

Flipkart recently told its preferred sellers to procure the products directly from suppliers as against the existing model where the wholesale unit of Flipkart would sell the products to them.

Many traders have also alleged that marketplaces use the customer data they get by selling third-party products to their own advantage by launching private label products. Addressing this issue, the draft specifies that the marketplaces will ensure that the information collected by them is not used to obtain market advantage against the sellers on their own platform. There are no details, however, on how the government will ensure this is practiced.

Importantly, these restrictions that applied to Flipkart and Amazon might also now apply to their associates and related parties. It also says that they will update it from time to time to see if the companies are following the right structures.

Cracking down on algorithms

For the first time, the government has stressed upon the fact that e-commerce companies should not use technology to the advantage of their preferred vendors.

“E-commerce operators shall ensure that algorithms used are not biased and that no discrimination due to digitally induced biases is prevalent,” the draft said.

However, this is not going to go down well with the e-tailers. “Without a robust algorithm, a marketplace model cannot exist,” said an executive of a leading e-commerce company.

Discounting likely to become a raw deal for e-tailers

Press Note 2 bars e-commerce companies from directly or indirectly influencing the price of goods sold on their platforms. However, the companies had a way out there as well. While some tied up with third-party agencies who would fund discounts to the sellers on behalf of the e-tailers, some would give their sellers benefits for funding the discounts through their own pockets.

The government has said now the companies will have to transparently declare the methodology used for discounts offered on their platforms. “E-commerce operators must ensure they bring out clear and transparent policies on discounts… the basis of discount rates funded by platforms for different  products/suppliers and implications of participation/non-participation in discount schemes, so as to ensure fair and equal treatment,” the draft said.

While there is no mention of a regulator in the draft policy, it mentioned a Standing Group of Secretaries on e- commerce (SGoS) which will give recommendations to address policy challenges. “The SGoS is an important avenue of ensuring that the policy keeps pace with the digital environment. It will continue to be important in administering the e-commerce policy,” it said.

Moneycontrol reported on March 15, 2021, that while the government is keen on a national e-commerce regulator, ministries differ on key details. The differences are over whether a new entity with sweeping powers is needed, or if existing agencies can do the job.

There is also no mention about the country of origin issue in the draft. The idea behind displaying the country of origin on the product is to ensure that consumers make an informed choice when they purchase a product, a move that was also expected to give the government’s Make-In-India thrust a big boost.

With more consultations slated for this week, it looks like an official draft of the much anticipated e-commerce policy will finally be published soon.