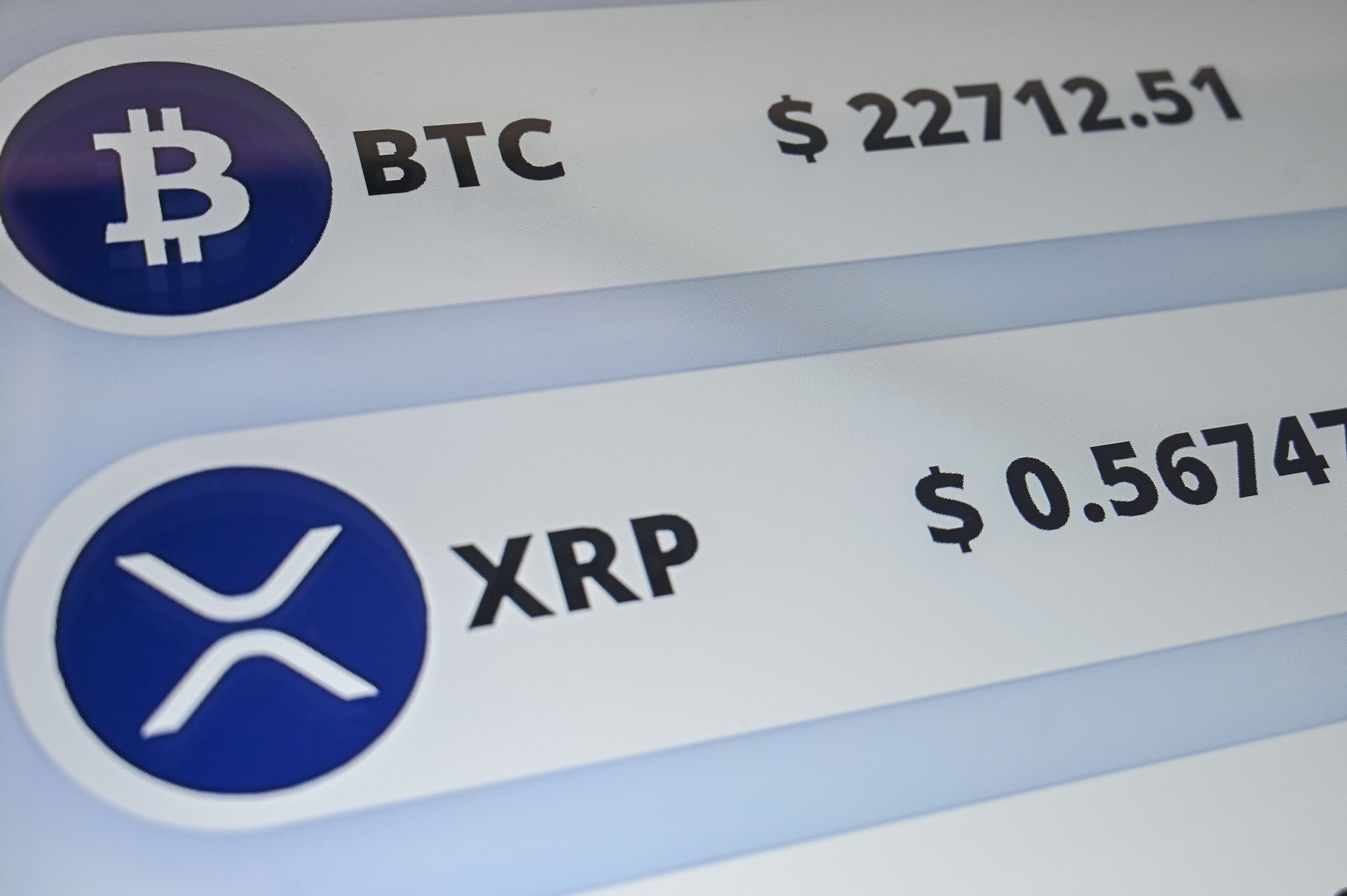 This photograph taken on December 17, 2020 shows a screen displaying rates of Bitcoin and cripto coins at a crypto currency “Bitcoin Change” shop, near Grand Bazaar, in Istanbul. – Leading virtual currency bitcoin on 16 December traded above $20,000 for the first time following a sustained run higher in recent weeks. Bitcoin reached a record-high $20,398.50 before pulling back to $20,145, which was still an intra-day gain of nearly four percent. (Photo by Ozan KOSE / AFP) (Photo by OZAN KOSE/AFP via Getty Images)

One of the biggest developments in the cryptocurrency sector had been the news that the Indian government was considering a ban on crypto trading and ownership in the country. The government had reportedly tabled a bill in Parliament to this effect, and this news led to a lot of concern and panic among crypto traders, owners as well as businessmen in the country. Now, however, following months of lobbying, the government seems to have changed its stance. According to Finance Minister Nirmala Sitharaman, the Indian government will be taking a ’calibrated’ view towards cryptocurrency legislation, which has been seen as a clear sign that there will be no outright ban. This has understandably been met with relief, but industry observers and participants are still waiting to see what the actual outcome will be.

Cryptocurrencies and blockchain are being used all over the world to foster innovation and growth, with various companies and entities looking at ways that these two relatively new technologies can be used to solve various problems. In this sort of scenario, it would have been an incredibly short-sighted move by the Indian government if they had banned crypto in the country. Just one example of how blockchain and crypto have helped improve operations for a sector can be seen from the online gambling sector. Various online gambling operators have been using blockchain to provide safer, more reliable and quicker games and services, while also offering players the option to place bets through cryptocurrencies. These sites also offer the bitcoin gambling guide for players from India, and we have seen users and players show their appreciation for the improved level of performance by shifting massively to these sites. Revenue and traffic has grown by leaps and bounds for crypto casino providers globally as a result, and this shows how these innovations can be used in a positive manner to improve the user experience in a business.

Thus, the Indian crypto industry is hopeful that the following months and years will see similar innovation in the crypto space in the country. However, one of the major issues that will need to be tackled if this is to take place is the lack of any regulation for the crypto industry in the country. The Finance Minister has reportedly reassured the industry that the ministry will work with the Reserve Bank of India to bring in legislation that will regulate the industry, while also promoting cryptocurrencies and blockchain. This will be a big boost to the sector, as it will provide guidelines for companies to operate by, while also protecting users and customers.

Cryptocurrencies are booming globally, and so it makes sense for India to keep up with this global trend and use crypto and blockchain for innovation and large scale job creation in the country. Leading industry participants have spoken out favourably and in support of this decision by the government, and it is likely that we will see a wave of investment into the crypto space in the next few months, as companies finalize their strategies and plans for the Indian market, now that a major source of uncertainty has been removed. This decision will also prevent illegal activities and trading, which would have only hurt traders and consumers.

According to the most recent data, over 7 million Indians own some amount of cryptocurrency, with the total amount being over $1 billion. There would therefore have been a huge loss of wealth if the government had banned crypto, and so it is a welcome sign that instead, we will see effective regulation and legislation be brought in soon so that the crypto sector can grow and be a big part of India’s development going forward.