Billionaire investor Howard Marks seems to have let go of his suspicions on bitcoin, saying growing demand for cryptocurrencies makes the digital asset better than an emerging-market currency.

When bitcoin first became well-known, he was quick to dismiss it, because it didn’t have any intrinsic value, the veteran investor told The Korea Economic Daily in a recent video interview.

“But there are a lot of things that people want and value highly which have no intrinsic value,” Marks said, pointing to examples of paintings, diamonds, or bars of gold. He also said that being able to trade bitcoin instantaneously makes it a useful form of transactions, unlike banks that can’t process wire transfers if they’re closed.

He went on to talk about its confidentiality, laying out more reasons for why there’s a solid case for bitcoin. “Nobody knows about your holdings but you,” he said. “The government can’t know. Nobody can steal it from you. It’s better than an emerging-market currency.”

Marks, who is one of the biggest investors in distressed assets, said people that bought bitcoin when it was trading at just $5,000 – less than a tenth of what it’s worth today – seem to have made the right decisions so far.

“My initial response was a knee-jerk reaction without information and that’s not a good way to behave,” he said. “Now, I’ve learned how much I don’t know.” 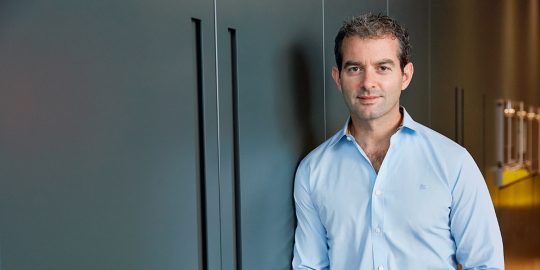 The Oaktree Capital Management co-founder said in a recent memo his son Andrew “thankfully” owns a meaningful amount of bitcoin for the family. “While the story is far from fully written, the least I can say is that my skeptical view has not borne out to date,” Marks wrote. “This brings up what Andrew considers a very important point about the value investor’s mentality and what is required for success as an investor in today’s world.”