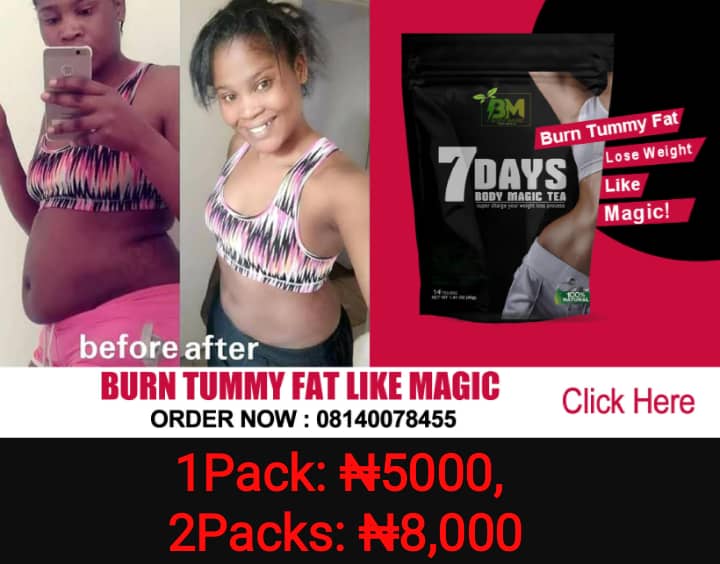 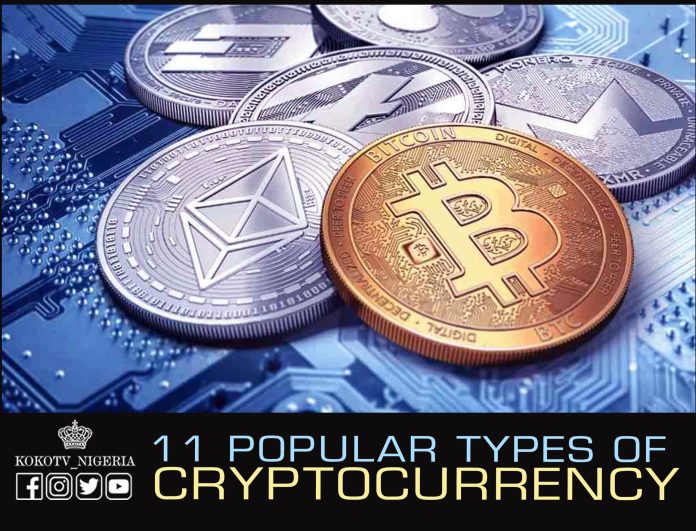 A cryptocurrency (or “crypto”) is a digital currency that can be used to buy goods and services but uses an online ledger with strong cryptography to secure online transactions. Much of the interest in these unregulated currencies is to trade for profit, with speculators at times driving prices skyward. Crypto is the new cool as everyone is joining the queue and becoming a crypto holder. Since its emergence in its various forms, it has created a new means of making money and people are embracing it. Don’t know about the various types of cryptocurrency, well you are on to the right article; 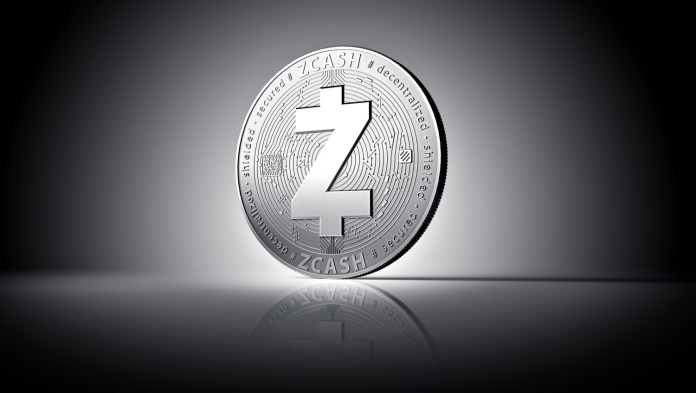 Bitcoin
Bitcoin is the first-ever cryptocurrency as it was created in 2008. A good thing about Bitcoin is that no one knows who created it, all that is known is that he/she/they go by the pseudonym of Satoshi Nakamoto.
Bitcoin is a digital currency based on a distributed ledger technology named blockchain. BTC eliminates the need for centralized intermediaries like banks and credit card companies etc. when making electronic payments. An apt description of Bitcoin is decentralized and digital. Its aim is to create an alternative for fiat currencies, like USD, GBP, JPY, etc.
One advantage of BTC is that it has the biggest community of developers and investors backing it for further growth. It is also very easy to purchase even for beginners. Because it is digital, it can be done/bought y any and everybody that is interested.
BTC, with a market capitalization of $163 billion, has a market share of about 36%. Bitcoin is the starting point of the cryptocurrency world and hence it is undoubtedly the most popular cryptocurrency. 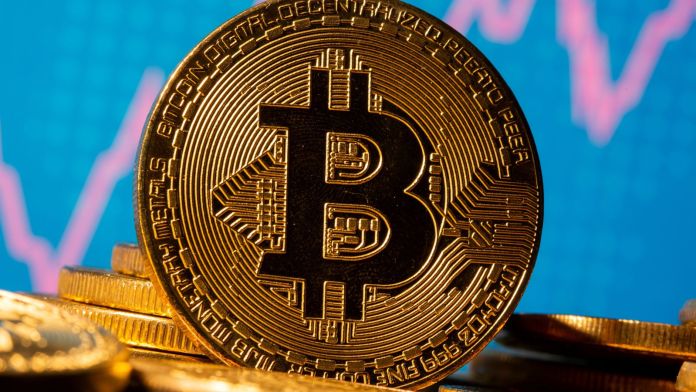 READ ALSO: Bitcoin Passes $60,000 For First Time
Ethereum (Ether)
This is the second most valuable cryptocurrency after Bitcoin. Created in 2015 by Vitalik Buterin, Ethereum is actually much more than just a digital currency.
Ethereum is a blockchain-based platform for developing decentralized apps and smart contracts. Ether is the native cryptocurrency used for all the transactions on Ethereum’s blockchain. With this, if you have an idea for a project/application that uses blockchain technology, you do not need to develop your own blockchain. The reason why Ethereum differs from other cryptocurrencies is that you can start building it on Ethereum’s blockchain instead. This particular cryptocurrency stands out amidst others because for instance when compared with BTC it has a much better transaction speed. Second, only to Bitcoin, Ethereum has a market capitalization of $77.5 billion. 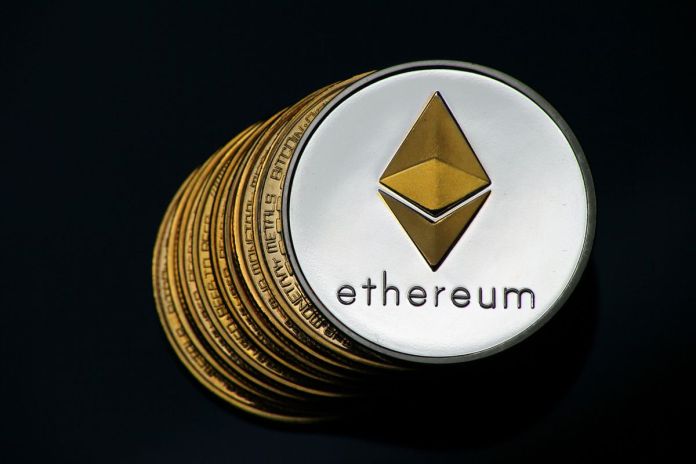 Ripple (XRP)
A very unique cryptocurrency that is focused on solving problems related to just one industry — International Payment Transfers. It was founded in 2012 with the aim to make international transactions both fast and cheap. Ripple has a very clear use of case-international payment.
Of the total number of 100 billion XRP that will ever exist, 50 billion are owned by Ripple Labs (the company behind Ripple).
This is a very different approach compared to other cryptocurrencies where there is no central entity holding the majority of the coins. For this, we depend on time to tell if it will last for a long time. 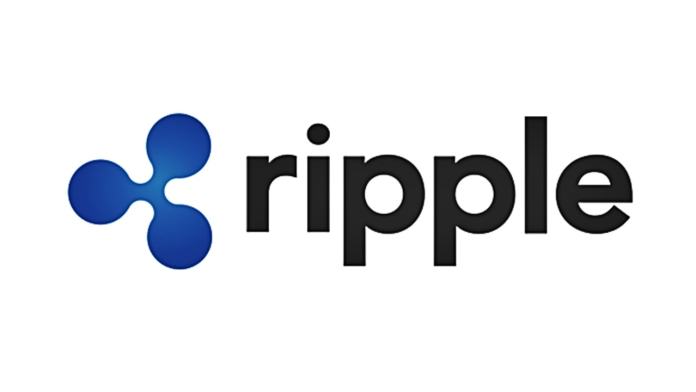 Bitcoin Cash (BCH)
As the name suggests, Bitcoin Cash has been forked from Bitcoin itself in 2016. When the developer community of Bitcoin could not come to an agreement regarding the changes required in Bitcoin’s code, it was forked into BCH.
The purpose of creating BCH was to solve some of the existing problems of Bitcoin, especially regarding scalability and transaction fees. So while BTC retained its quality, BTC Cash underwent technological changes. And just like its parent BTC it is expected to be decentralized. Although the future of BCH is still quite uncertain. 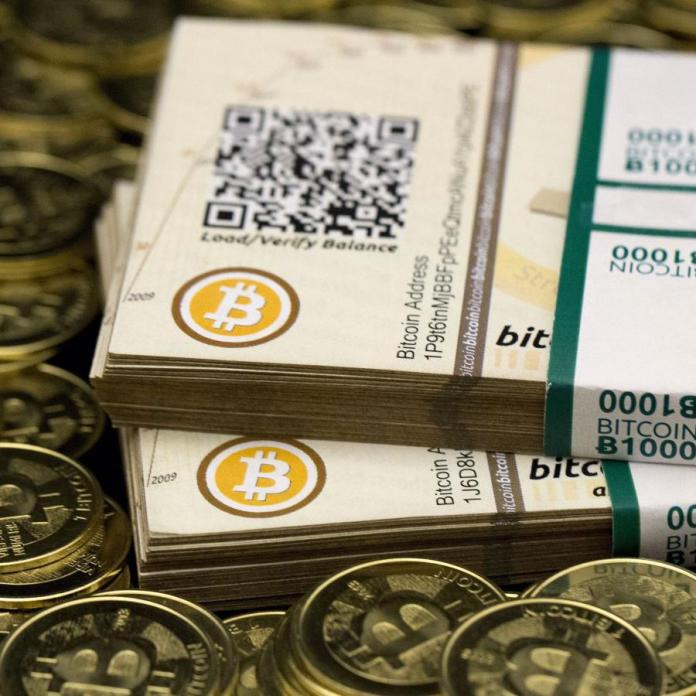 EOS
EOS token was launched through an ICO in June 2017. EOS’s platform, which was expected to launch in June 2020, is due to be a direct competitor to Ethereum and NEO. EOS has been created by Dan Larimer who is also the founder of the cryptocurrency exchange Bitshares and blockchain-based blogging site Steemit.
EOS is building a platform for developers to build decentralized applications and smart contracts, but with a vast improvement in technology. It is said to have a very high-experience team with a proven track record. In fact, it is one of the few cryptocurrencies which was least affected by the market crash which happened in 2020. All things considered, EOS is undoubtedly one of the top cryptocurrencies for 2021. 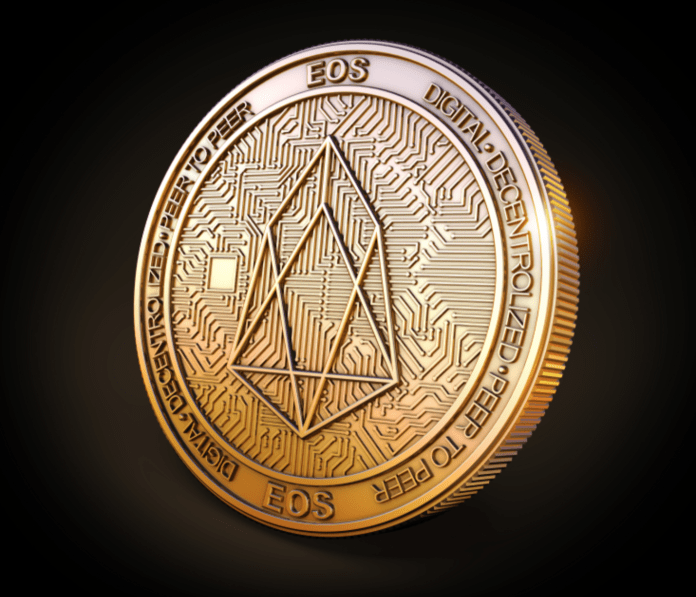 Cardano (ADA)
Cardano was created by Charles Hoskinson, Ethereum’s co-founder, in September 2017. Like Ethereum, Cardano has also been developed as a platform for decentralized apps and smart contracts.
Like EOS, the difference between Cardano and Ethereum lies in the many technological improvements it has made over Ethereum’s technology. Cardano is being considered as the 3rd and most advanced generation of blockchain technology yet (just as EOS and NEO are), making it a top cryptocurrency of 2021. Although there is a very huge competition that Cardano is facing amongst other cryptocurrencies. 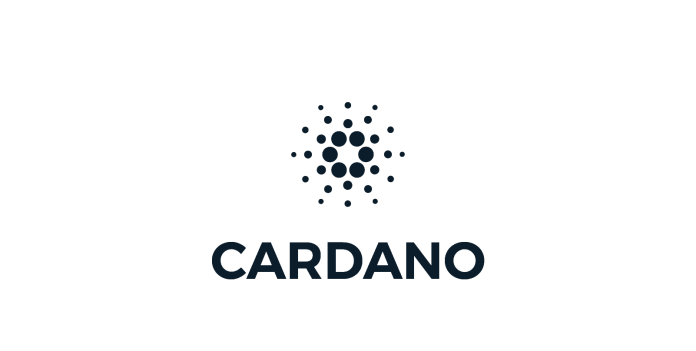 Litecoin (LTC)
Litecoin was created in 2011 by Charlie Lee, an ex-Google employee. It was built on the blockchain of Bitcoin itself, with the purpose of improving it.
So, like Bitcoin, Litecoin is also just a digital currency and does not provide a platform for smart contracts.
Litecoin has one of the most popular cryptocurrencies as it has stood the test of time and has been around for over 7 years.
Prices of Litecoin dipped as the cryptocurrency market crashed in March 2020. Its price has been moving downwards ever since. 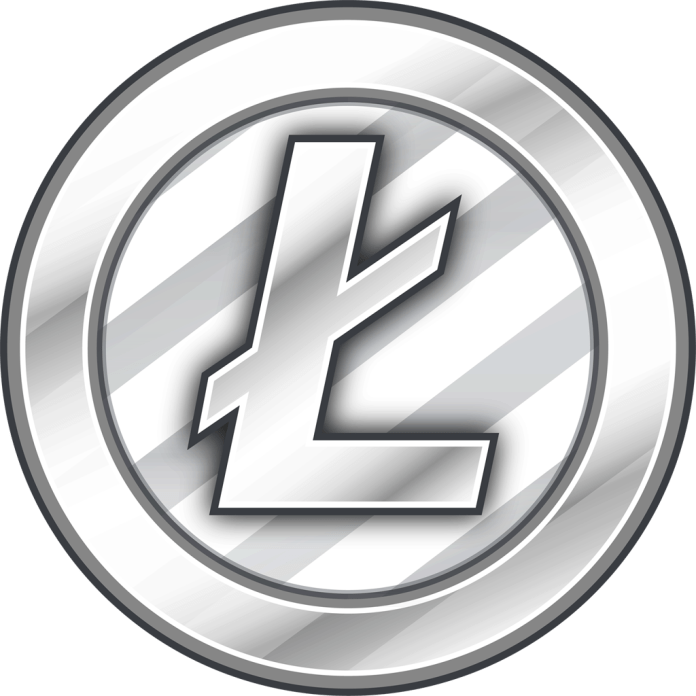 Stellar (XLM)
Stellar was founded in 2014 by Jed McCaleb who is also the founder of Ripple. In fact, Ripple was hard forked into Stellar and the Stellar Development Foundation was born. Stellar is focused on making cross-border payments more efficient.
One thing that stands out for Stellar as compared to all the other popular cryptocurrencies is that the Stellar Development Foundation is a non-profit organization. Stellar is more decentralized as compared to its closest competitor, Ripple. Also, being a non-profit, it inspires more trust than others. 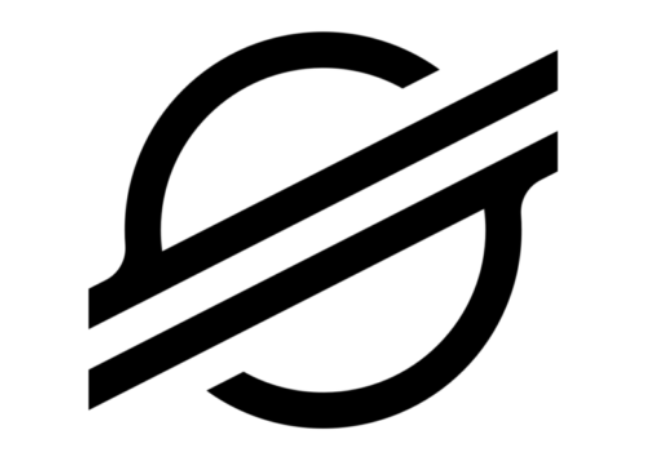 IOTA
Founded in 2015, IOTA is the most unique coin among other similar crypto’s. It is the only one to use a new protocol invention called ‘Tangle’ rather than blockchain technology. Internet-of-Things (IoT), a technology that enables the communication between various objects with sensors, via the internet. IOTA is focused on making this technology more secure, seamless, and scalable. The biggest advantage that IOTA offers over all other cryptocurrencies is zero transaction fees. When all other cryptocurrencies are struggling with scalability issues, IOTA’s technology promises infinite scalability. 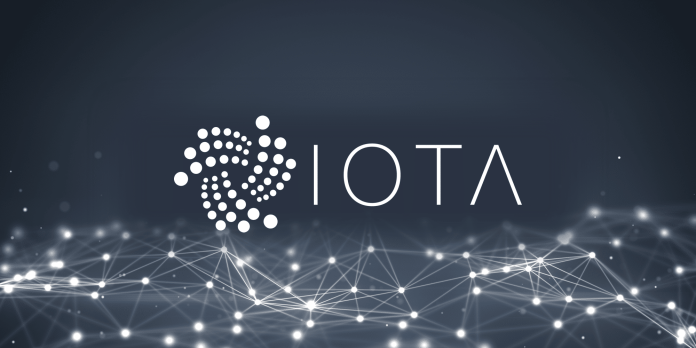 NEO
A Chinese cryptocurrency, NEO was created in 2014 by Da Hongfei. It was originally called AntShares, it only got rebranded to NEO in June 2017.
NEO is often referred to as the “Chinese Ethereum” because of the similarities to its competitor amongst other cryptocurrencies. It also offers a blockchain-based platform for the development of smart contracts and launching ICOs. NEO is dependent on government support, and so it will have a very worst hit if the Chinese government comes out with unfavorable policies. It’s priced at $7,74 USD  with a market capitalization of $5.53 billion. 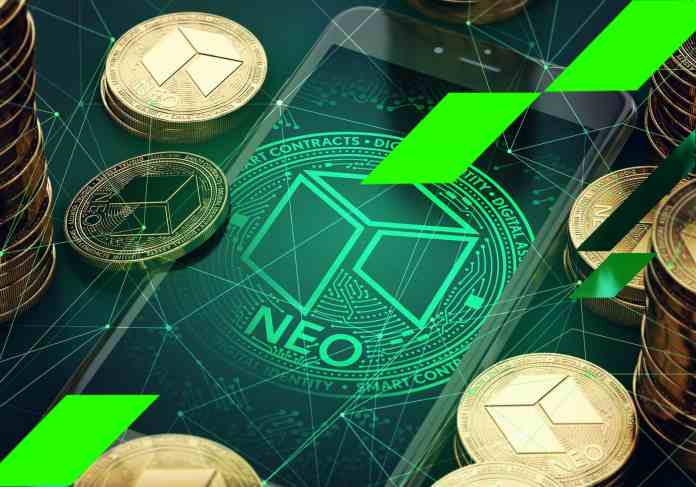 Zcash
Part of Zcash’s appeal is its enhanced security and privacy. Transactions are recorded on a blockchain, but details of the sender, recipient, and amount stay private. Similar to bitcoin, Zcash has the ability for users to send public or private payments.