In the last decade, e-commerce companies have been on an absolute roll. Online shopping platforms, such as Amazon (AMZN) and Shopify (SHOP), have created massive wealth for investors. Even amid the COVID-19 pandemic, e-commerce companies were some of the best-performing stocks in the market.

These firms are poised to continue to beat the broader markets in the upcoming decade as well, given the shift in consumer behavior and accelerated growth towards online shopping. Here we look at two stocks in the e-commerce space – Alibaba (BABA) and Coupang (CPNG) – to analyze which is a better buy right now.

The bull case for Alibaba

Alibaba is often compared with Amazon, and for good reason. The former is one of the largest e-commerce platforms in China, and similar to Amazon, it also has a thriving public cloud business.

Other business segments include Taobao,an online marketplace that is China’s largest mobile commerce platform. Alibaba launched Tmall in 2008, where brands can create their digital storefront.

Alibaba also has a grocery retail chain called Freshippo and AliExpress is an online marketplace where it connects manufacturers and distributors to customers. The Ant Group which is Alibaba’s digital payments business has served a billion users in fiscal 2020, indicating the company is an internet behemoth and one that is firing on all cylinders.

However, Alibaba is facing some regulatory issues.  Last December the government in China launched an antitrust probe into its e-commerce division. They are looking into Alibaba’s exclusive deals with merchants and promotional prices for new users. The Chinese government also stopped the planned IPO of Ant Group, which Alibaba owns a 33% stake in, due to additional antitrust concerns.

In fiscal 2020, Alibaba claimed its gross merchandise volume surged over $1 trillion. This figure is really incredible given China’s retail spending on consumer goods is around $6 trillion. Alibaba accounted for over 50% of China’s online sales, according to market research company eMarketer.

Despite Alibaba’s market leadership in China and its stellar growth rates, the company is undervalued compared to its peers. It’s trading at a forward price to sales multiple of 6x and a price to earnings multiple of 23x.

While growth stocks command a premium, Chinese companies generally trade at a discount. This is due to the lack of transparency and regulatory issues surrounding the companies.

The bull case for Coupang

Coupang is a South Korean based company and last week went public on the NYSE. The company priced its shares at $35 and is currently trading above $44, a gain of over 25%.

While Alibaba is profitable, Coupang is still reporting an adjusted loss. In 2020, its net loss stood at $475 million which was lower than its net loss of $699 million in 2019. The company also spent $500 million in capital expenditures and reported a negative free cash flow in 2020.

Coupang raised $3.5 billion in its IPO and this capital will be deployed to fund its stellar growth. The company is valued at a market cap of $75 billion, indicating a trailing price to sales multiple of 12x, which is not too expensive considering its growth rates.

Alibaba and Coupang are market leaders in their respective countries. The two stocks are also trading at reasonable valuations compared to peers and remain a solid long-term bet given the massive potential for e-commerce growth at the global level.

It’s really difficult to choose between these billion-dollar tech giants but if given an option, I would invest in Coupang, as its growing top-line at a much faster rate. Further, regulatory issues surrounding Alibaba make it a riskier pick, despite the company’s strong fundamentals.

How to Ride the NEW Stock Bubble?

About the Author: Aditya Raghunath 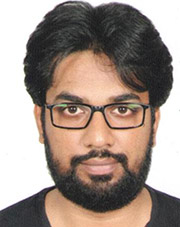 Aditya Raghunath is a financial journalist who writes about business, public equities, and personal finance. His work has been published on several digital platforms in the U.S. and Canada, including The Fintech Zoom, Finscreener, and Market Realist. More…

More Resources for the Stocks in this Article