The knowledge of the “super cycle” is necessary for farmers to deal with the agro-market.

Prices in commodity exchanges have suddenly soared over the past few months. Prices of many commodities with their production forecast to increase like Arabica coffee in Brazil causing a gloomy market sentiment have also risen strongly.

Many farmers have begun to study the seemingly unfamiliar word economic “super cycle.” To many economic researchers, this is not a new word, but to farmers, it sounds strange and aroused true curiosity.

The hot growth of commodity prices, especially agro-commodities, has raised quite a suspicion. Further, while Covid-19 has disrupted production, the oil price has surged to US$63 per barrel, the highest since December 2019, the time before the pandemic. Is it true that the pandemic is gone?

Economic experts said that the economic “super cycle” is not like the trading cycle of a single commodity. It is a long phase, some times up to even 40 years. The distinction between the two cycles is the troughs of prices of representative commodities, including crude oil, basic metals, meat/livestock and agro-products. The “dawn” of a super cycle may commence with the kickstart of the consumption demand after a period of recession of the global market and economy. It is not like the upward and downward trends of a single commodity market, which is usually triggered by the daily supply and demand of that commodity. 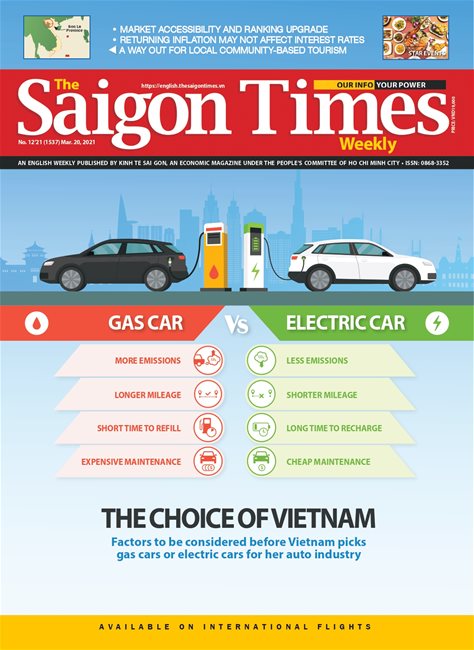 Since 2008, the world situation has had too many unfavorable upheavals for economic growth, such as the negative contract price of the WTI crude oil, geo-political instability in the Middle East, the trade war between the United States and her competitors as well as traditional allies and the sluggish Chinese economy. However, risk turns out to be luck, as Covid-19 is like the last drop of water that spilled the glass.

Countries in the world have pumped out massive money with tens of trillions of U.S. dollars. The whole world is confident to have Covid-19 vaccine, workers are preparing to return to factories and farms, and countries are ready for a “jump” in production to get back what have been lost. After a long time of idleness, the shipping industry now does not have enough containers for cargo transport. Many countries are planning to increase production of containers to ensure timely cargo deliveries.

Once prices in the energy and metal markets increase, they often lift prices of agro-commodities along. When prices in many commodity exchanges rise together, it is one of the signs for the price rally in a common market, which is called the “super cycle” of the commodity market.

When the global economy grows stronger, the demand for materials is greater, which pushes up prices higher. In agricultural production, when there is big demand, agro-products are not always available for supply as it needs time for soil preparation, cultivation, harvest, processing and so on; so the demand is becoming hotter. However, the massive rush for cultivation to have large production prompted by a price rise may backlash later.

The export price of Vietnamese rice has increased the highest over the past tens of years, which is a good sign. Viewed from the “super cycle” angle, the Ministry of Agriculture and Rural Development’s target for agro-, forestry and fisheries exports of US$50-51 billion by 2025 seems not hard to achieve.

The general target is set, but it is still an expectation. Farmers should study carefully the “super cycle” of the market and examine short- and long-term trends to invest and trade in the agro-products they produce. With these efforts, they can control the price trend, taking advantage when prices are high to offset the losses from the market slump earlier.

Nevertheless, the “super cycle” should not be seen as something unchangeable. Farmers should not rush for cultivation and production of a crop because of its strong price rise. Meanwhile, they should increase production of commodities which the domestic market is in shortage and must import so as to proactively cope with future market upheavals.