Why Does Cardano Build Dreams? 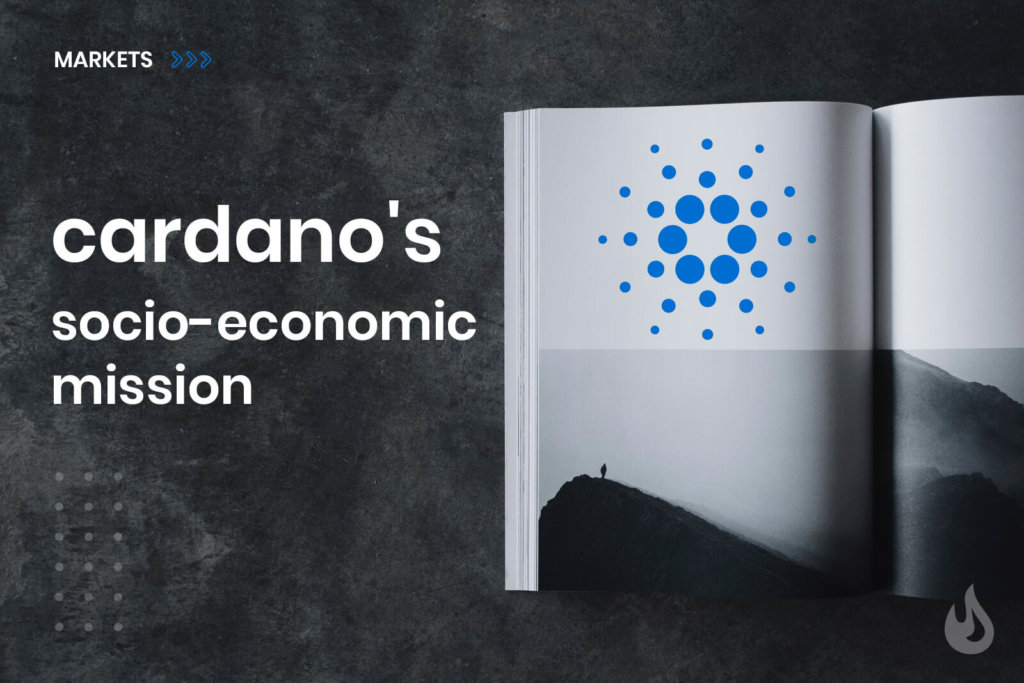 Charles Hoskinson, the founder of Cardano and CEO of Input Output Hong Kong (IOHK), explained to his followers on YouTube that the soul of Cardano was the socio-economic motivation behind its conception:

“The moment I know that Cardano has truly made a difference and changed the world is if I can open up an application… and I can have a direct relationship with someone somewhere in the world who is not doing so well and I can actually give them, not as a gift, not as charity, but a loan to them, and they pay me back, and I can do that again and again and again, and I win more than I lose. That to me would mean success for Cardano.”

Hoskinson believes that the developed world’s economic interests can be aligned with positive socio-economic outcomes for developing nations. He aims to do this by using Cardano to provide corporations and individuals in the developed world with a platform where they can safely lend money to cash-strapped micro-businesses and individuals in developing countries in Africa and elsewhere.

According to Hoskinson, this idea could be attractive for companies in Europe and the US since the setup and operating costs in developing world countries are ten to fifty times less, while returns can still be above 10-15%. If an asset has a greater than 90% repayment rate, sovereign guarantees or insurance to offset risk, and the chance of returns above 15%, Hoskinson believes that big corporations would be more than willing to put 5-10% of their treasury into it.

When Cardano can meet these criteria, companies will be able to use it as a treasury management mechanism, either directly or through structured financial products. That would mean that it would make business sense to move hundreds of billions of dollars of wealth from the developed to the developing world, giving rise to trans-national and pan-African currencies. It would create new markets for trading these instruments, and everything from micro-businesses to insurance companies would arise, providing liquidity to these markets.

Besides just loans, the next logical step would be to facilitate investments in developing world businesses in the form of micro-IPOs, ushered in by the security token. Securitizing the big investments of angel investors, Cardano could split them into small portions and ensure that each business receives a fraction of the total expenditure. Thus Cardano could evolve into a micro-financing platform, removing the need for institutional banks.

Hoskinson says that Cardano has a long, long way to go. He is still building the dream brick-by-brick because he believes this is where the future of the world economy lies, and if he does not do it, somebody else will. With the infrastructure in Africa being set up by big corporations like Starlink (which will provide satellite internet coverage there), over 80% of Africa’s population will come online with reliable internet within the next ten years.

Cardano’s team believes they can set up shop in African nations before other players, like big banks. To achieve its goals, in the next three years Cardano’s network will push to incorporate several features to make it the most viable stablecoin in the African continent, with a high degree of assurance. According to Hoskinson, the eventual goal is to transform it into a global standard for safe assets.

The first step will be to give African citizens an economic identity on the Cardano network. That will enable them to begin constructing a reputation using tools such as credit scores. To allow this, assets on the Cardano network have to be adopted in their jurisdictions so that people can spend them like local currency and receive them in return for services. Simply put, stablecoins have to form and be adopted by the local population.

The next step will be to provide utility with a supply chain or a proxy ledger. To make all this possible, social structures will need to emerge around Cardona, and, eventually, its infrastructure will need to sustain entire economies.

There is a lot of development that needs to go into Cardano, and the IOHK team’s plans depend on many factors that may not be in their control. But at least their vision is a hopeful one where Africa can take center stage in the global economy with efficient and transparent financial systems, the likes of which are uncommon in today’s world.

With a clear roadmap already set for Cardano’s developmental stages, its fans are enticed as they witness each milestone flying by on the way to reaching their dream of establishing an African fintech utopia and then launching it around the world.