Crypto Regulation Series: An exploration of the UK's cryptoasset landscape 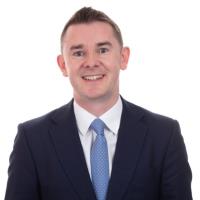 Less than three years ago, the Parliament’s Treasury Committee
referred to cryptoasset markets as a “Wild West”, in which consumers were “afforded very little protection from the litany of risks”. As crypto markets developed at a rapid pace, there was considerable concern that the lack of proper regulation
was not a sustainable state of affairs.

As with any new marketplace, there is always a residual fear that regulation will stifle growth and innovation. However, the central ambition for governments and regulators should be to create a regulatory environment that promotes competition and innovation
whilst simultaneously ensuring that appropriate safeguards are in place to protect the integrity of the market, to prevent criminal activity and to ensure adequate protection for consumers.

This article is the first in a series of articles examining the regulatory landscape of cryptoassets in the UK, whether the approach so far is proportionate or whether it has created a “hostile” regulatory environment and considering the outlook for the
future. This first article provides a summary of some of the central steps taken in the UK to date.

In July 2019, the FCA published guidance on the type of activities relating to cryptoassets which fell within existing regulatory perimeter of the FCA. Prior to that, one of the concerns was that people and businesses operating in the cryptoasset industry
were unable to identify whether or not their activities were regulated. The FCA sought to provide clarity by establishing categories of different tokens* and setting out whether activities relating to those categories of tokens were already subject to regulation.
In very brief and overview terms, the categories identified were:

i.      Security tokens, which are cryptoassets providing rights and obligations similar to specified investments and which fall within the FCA’s regulatory perimeter;

ii.      E-money tokens, which are tokens that meet the definition of e-money under the Electronic Money Regulations; and

iii.      Unregulated tokens, including exchange tokens (being cryptoassets that are primarily used as a means of exchange such as Bitcoin)

This classification of different types of cryptoassets provided at least a degree of clarity as to whether certain activities are regulated or not, and to which regulations the different tokens are subject.

One of the big concerns relating to cryptoassets (whether justifiably or not) is that they have the potential to enable money laundering or other criminal activity. In January 2020, the FCA became the supervisor for AML and CTF regulations for UK cryptoasset
businesses. This development targeted specifically:

i.      Crypto exchanges, including entities allowing the exchange of cryptocurrency to fiat currency or vice versa, entities taking part in an Initial Coin Offering and cryptoasset ATM providers;

ii.      Custodian wallet providers, being any business offering to safeguard or administer cryptoassets and/or private keys on behalf of their customers.

This practical effect of this was that entities such as those above would (among other things) (a) need to register with the FCA, by filling out an online application form explaining the policies, controls and procedures that the business has in place to
monitor AML and CTF risks (b) have to pay the registration fee (between £2,000 – £10,000) and (c) be subject to ongoing supervision by the FCA. Clearly, this introduced a significant compliance burden, which had not formally existed for those entities until
that time.

In October 2020, the FCA announced a blanket prohibition on the sale to retail consumers of derivatives and ETNs relating to cryptoassets from 6 January 2021. The FCA considered that such products are ill-suited for retail consumers because there is (a)
no reliable basis for valuation (b) extreme volatility in cryptoasset price movements (c) an inadequate understanding of cryptoassets by retail consumers (d) a lack of legitimate investment need and (e) a prevalence of market abuse or financial crime.

This blanket ban was highly controversial and, following the consultation period of July – October 2019, the FCA received 527 responses from a wide range of stakeholders, of which 97% opposed the proposal. The responses argued among other things that retail
consumers are capable of understanding and/or valuing cryptoassets, that a prohibition was disproportionate since other measures could achieve the FCA’s objectives and that the FCA’s cost-benefit analysis did not accurately represent the costs and benefits
of banning derivatives for retail consumers. Nevertheless, despite the opposition voiced during the consultation period, the FCA proceeded to implement the ban, which has now come into effect.

HM Treasury has recently published a consultation paper seeking responses on a variety of topics, including whether the current regulatory approach and regime is appropriate or whether, for example, the regulatory perimeter should be expanded to include
other types of token.

The government is looking particularly carefully at stablecoins (tokens which are backed by a basket of assets with a view to stabilising their price) and whether to create a new category of regulated token beyond those identified in the FCA’s guidance from
July 2019, specifically with the aim of bringing certain stablecoins within the FCA’s regulatory perimeter.

This appears to be driven, at least in part, by a recognition by the government of the benefits of stablecoins, particularly in relation to cross-border payments, operating in an adequately regulated landscape and the considerable risks (such as fraud on
consumers, harm to financial stability and damage to competition) which may arise in the absence of proper oversight.

The above outlines some of the key developments in the regulation of cryptoassets in the UK since the Treasury described cryptoassets as operating in the “Wild West”. The next article in this series will analyse these regulations and consider whether
the approach in the UK to date has been correct and proportionate.

*A term used interchangeably with ‘cryptoassets’