After Accelerating Back To $ 56,000, Bitcoin Price Took A Breather And Hovered Around The $ 55,500, Many Cryptocurrencies Are In The Red 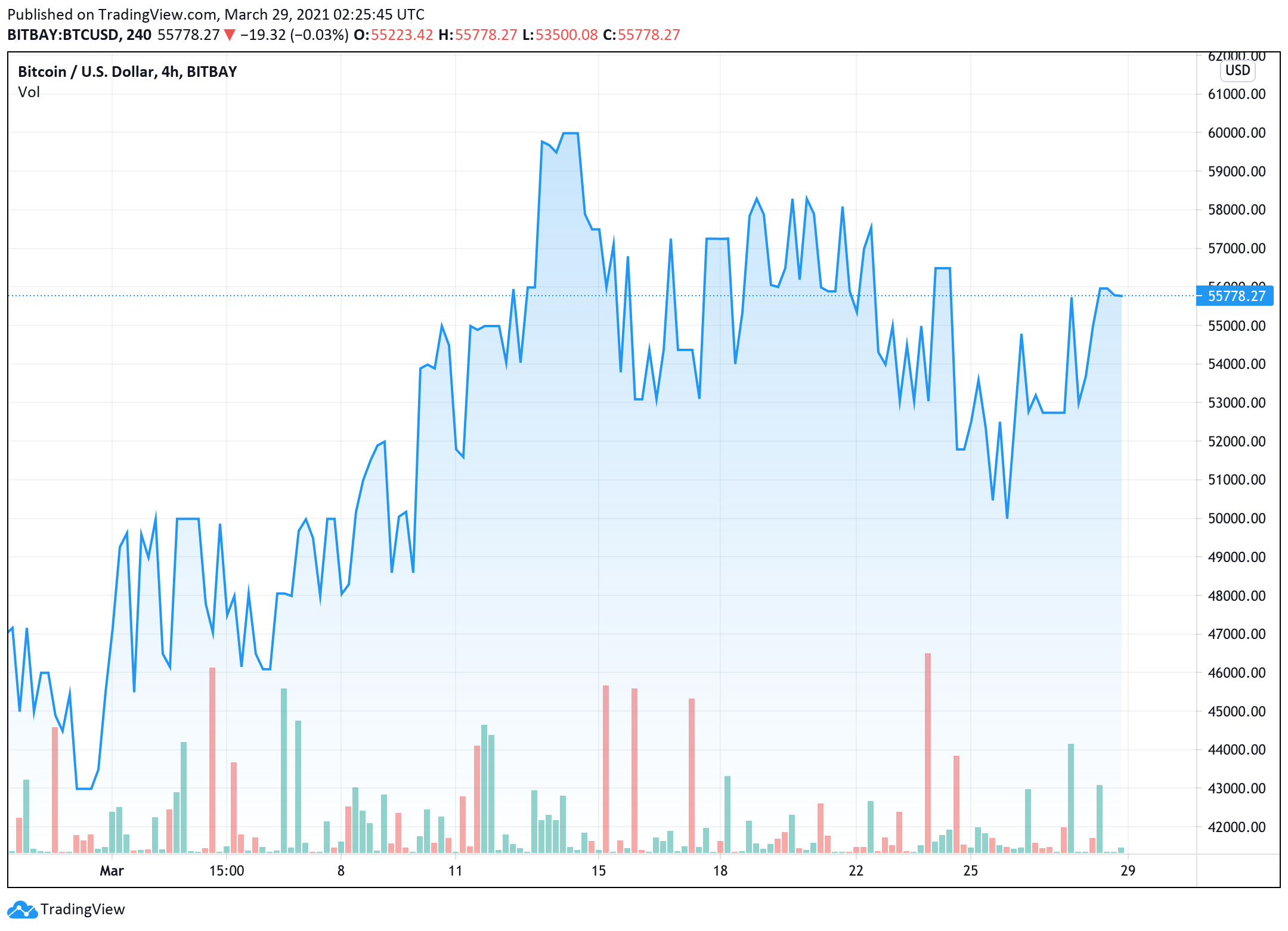 Longtime Bitcoin HODLers are restricting the sale of their holdings, on-chain data from Glassnode shows. This trend shows that HODL Bitcoin buyers bought around the top of the last bull run in 2018 and earlier demonstrates deeper confidence as Bitcoin consolidates in value above $ 55,000. Interestingly, the spike in December 2020 suggests many people could have sold their breakeven point around $ 20,000, or the previous all-time high in late 2017.

Bitcoin often tops or sees a serious correction as long-time holders start selling rapidly. During previous bullish cycles, a sell-off from profit-taking HODLers on their positions resulted in a rapid 50% drop, causing the entire crypto market to plummet in the short term.

This trend coincides with the fact that HODLers are not selling a significant amount of BTC, suggesting that the peak may still be far from being reached.

Bitcoin stabilizing at around $ 55,000 is very optimistic for two main reasons. First, BTC has maintained a strong market structure despite some difficulties. Second, BTC is consolidating closely below its technically all-time high is a positive sign.

Over the past two weeks, Bitcoin has faced major threats that could catalyze a serious downturn in the short term. Specifically, the yield of the US Treasury increased sharply. This often causes technology stocks to drop, which negatively affects all risky markets.

At this peak, as CryptoQuant CEO Ki-Young Ju explains, the miners are holding a lot of Bitcoin that they have not sold in recent months. In fact, the amount of BTC moved by miners is significantly less than previous pullbacks this year. This may suggest that miners may be expecting higher prices in the future.

As long as the price of Bitcoin holds above $ 55,000 for the time being, then the formation of a higher low will remain intact as the market enters April, a month of historic bullishness that has not closed in the red since the year 2015. 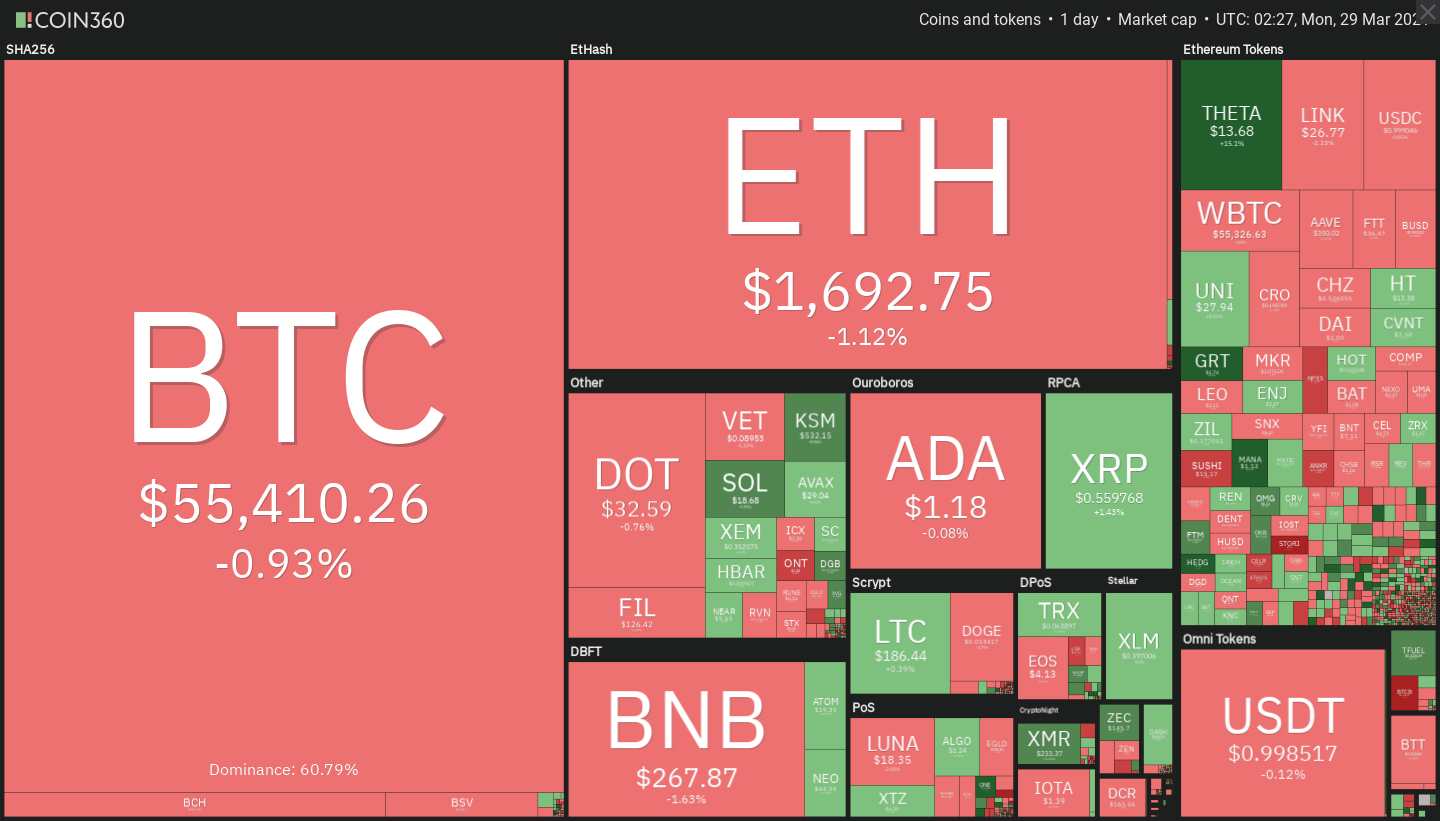 Although it is going backward, since the beginning of the year, Bitcoin has continuously increased since the beginning of the year and reached the historical milestone of over $ 59,000. The reason for the sharp increase in Bitcoin price is attributed to the participation of investors and institutions. However, many experts believe that this is just a bubble and will soon collapse.

US Treasury Secretary Janet Yellen and Microsoft founder Bill Gates have also issued warnings about Bitcoin. Investors can get caught up in speculative madness, according to Bill Gates, while Yellen insists Bitcoin is an extremely ineffective way to conduct transactions.

David Rosenberg – strategist at Rosenberg Research – thinks Bitcoin is a bubble. Michael Hartnett, the chief investment strategist at Bank of America Securities, even called Bitcoin “the mother of every bubble.”

Even so, Bitcoin optimists still trust the coin. They see Bitcoin as “digital gold” – potential assets and a hedge against inflation.