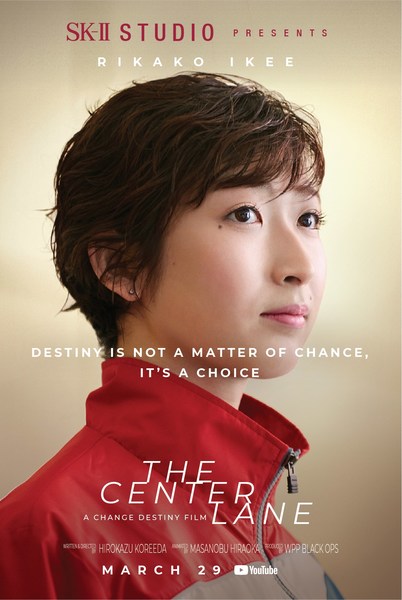 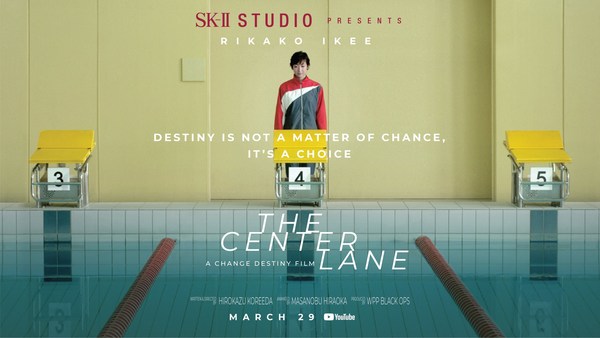 Directed by award-winning Japanese film director Hirokazu Koreeda, the film is the first of eight SK-II STUDIO films that explores what it means to change destiny and how destiny is not a matter of chance, it’s a matter of choice.

"I feel truly blessed to have been involved in this wonderful project, and I want to express my gratitude to SK-II and Kore-eda san for capturing who I really am in this film," shared Rikako Ikee as she reflected on her year-long journey with SK-II and being part of SK-II’s new #ChangeDestiny chapter. "People around the world have been placed in incredibly difficult situations. I’m sure there are times when it gets too much, and you start to question yourself. It’s moments like these that I want everyone to remember the importance of persevering, undeterred, and pursuing your own destiny. It doesn’t matter if we can’t go back to who we were in the past, because destiny is determined by our actions in this very moment. No matter what hardships you’re facing, I believe that you can overcome them and change your future."

The film’s title, "The Center Lane”, is inspired by Ikee-san’s quote when she first arrived at the pool to be interviewed by Koreeda: "I definitely love the center lane, I always ended up in the center lane at competitions, which you do when you are the fastest. So I feel like home. Like it’s my lane". The new film uses a mix of live documentary and animation to shed light on Ikee’s inner thoughts, struggles and hopes as she trains for her competitive comeback.

"I had the opportunity to interview and explore Ikee-san’s thoughts and emotions as she embarked on her return to competitive swimming after her recovery," shared Hirokazu Koreeda. "It was inspiring to witness what it takes to change destiny through Ikee-san’s personal journey. Her story is unique, but within it is something many of us can relate to in these times. After all, life will always find a way to knock us out of lane, but it is then when we can see our true self and how we evolve past it. That is what I wanted to explore."

Japanese Swimmer Rikako Ikee, was the Most Valued Player (MVP) of the 2018 Asian Games and a gold medal candidate for the 2020 Tokyo Olympics before she was diagnosed with leukemia in February 2019. During her journey to recovery in May 2020, she partnered with SK-II to show a new side of her, without her wig. Her story of hope and strength touched the heart of the nation, reaching top news on Twitter, LINE and Yahoo in Japan and sparking an outpour of encouragement and support from netizens all over the country. This made history as the first time in 28 years where a solo female athlete was featured as frontpage news in Japan.

Rikako Ikee has since returned to competitive swimming with a phenomenal comeback at the Japan Open, clinching second in the 50-meter freestyle. She is set to compete in the 2020 Japan Swim—the Japanese Olympics swimming qualifiers in April.

"#CHANGEDESTINY is our brand philosophy at SK-II and is at the heart of all that we do. We are still in unprecedented times and our consumers have a higher expectation towards brands and businesses on how they positively impact communities, society and the environment. Beyond sharing stories of hope and empathy, we have a social responsibility to act now," shared Sandeep Seth, CEO, Global SK-II. "As we embark on our #ChangeDestiny journey this year and embrace the spirit of Olympics as an Official Worldwide Partner of the Olympic Games, we want to use our voice to support women as they take destiny in their own hands and overcome limitations placed on them. As destiny is not a matter of chance, but choice."

As part of its #ChangeDestiny journey, SK-II, an Official Worldwide Partner of the Olympic Games Tokyo 2020, is committed to providing a global platform of support to athletes and women worldwide as they continue to pursue their destiny and overcome limitations that stand in their way. SK-II will be dedicating its next SK-II STUDIO installment in support of this.

SK-II will also be additionally setting up a #CHANGEDESTINY fund, contributing $1 for every view garnered on each SK-II STUDIO film in support of women in pursuing their destiny to create positive change as part of its brand purpose this year. Total contribution to the #CHANGEDESTINY fund will be capped at USD 500,000. Participating organizations will be announced at a later date.

Find out more about SK-II STUDIO’s first film "The Center Lane" and #CHANGEDESTINY philosophy at https://www.sk-ii.com/sk-ii-studio/change-destiny.

For nearly 40 years, SK-II has touched the lives of millions of women around the world through skin and life transformation. The fascinating story behind SK-II began with a quest to understand why elderly sake brewers had wrinkled faces, but extraordinarily soft and youthful-looking hands. These hands were in constant contact with the sake fermentation process. It took years of research for scientists to isolate the miracle ingredient PITERA™[1], SK-II’s exclusive and naturally derived ingredient crafted from a proprietary fermentation process of a unique yeast strain. Since then, SK-II with PITERA™  has become a special secret shared by celebrities all over the world such as Tangwei, Ni Ni, Chun Xia, Haruka Ayase, Kasumi Arimura, Naomi Watanabe, Chloe Grace Moretz. For the latest news and in-depth information, please visit http://www.sk-ii.com.sg.

#CHANGEDESTINY is at the heart of the SK-II brand philosophy that celebrates how destiny is not a matter of chance, but a matter of choice. Inspired by the stories of women from around the world, #CHANGEDESTINY sheds light on the pressures they face and the universal ‘box’ they are put in to be perfect in society’s eyes. Award-winning #CHANGEDESTINY campaigns include 2016’s "Marriage Market Takeover" that put a spotlight on the labels of "Sheng Nu" or "Leftover Women" in China, 2017’s "The Expiry Date", 2018’s "Meet Me Halfway" and 2019’s "Timelines" a docu-series in partnership with Katie Couric about the evolving and controversial topic of marriage pressure and societal expectations women face globally.