Dogecoin Isn’t a Currency, It’s a Joke Without a Punchline

The idea that cryptocurrencies are in some way fundamentally-sound investments is a concept I have a difficult time wrapping my head around. When it comes to Dogecoin (CCC:DOGE-USD), the argument becomes much more difficult for me to understand. 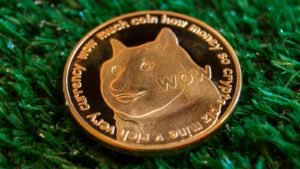 Indeed, a cryptocurrency that was initially created as a joke is now worth $6.7 billion. The digital token was created by its founders to have no intrinsic value, other than to create online community. Its Shiba Inu symbol and its associated interest due to its meme status has resulted in plenty of celebrity tweeting and YOLO bets.

Here’s why I think Dogecoin represents perhaps the greatest illustration of the speculative bubble in cryptocurrencies right now.

The Greater Fool Theory is one that is taught in business school classrooms and is shoved down most accredited investors’ throats. The idea of buying a security knowing it’s overvalued or has questionable intrinsic value, because others will buy it at a higher price, is terrifying to most long-term investors.

One of the primary tenets of fundamental investing is capital preservation. Investing in something one doesn’t fully understand, or can’t value, isn’t in line with such principles.

However, I’d argue that the due diligence done by most investors on cryptocurrencies today approximates zero (or very close to zero). This is a pure speculation-based momentum bubble, and due diligence isn’t necessary when a stock or digital token is “going to the moon.” However, I disagree.

I’ve tried doing due diligence on cryptocurrencies in the past. I’ve found some models out there with some real intellectual capital behind them. What I’ve found is a common theme among such models:

However, the assumptions present in most models require a firm belief that cryptocurrencies can become ubiquitous, and therefore have the same properties as fiat money.

That’s where I start scratching my head.

I’ve been wrong. It’s happened once or twice in my life.

I’m 100% willing to accept that a few years down the road, we’ll all be paying for more than just Teslas in Bitcoin (CCC:BTC-USD). We’ll be using Bitcoin at the grocery store. We’ll use it to get our hair cut. Maybe we’ll use it to pay the handyman (who often wants cash).

I’ve personally worked for a VC firm with a specialist designated to crypto offerings. I asked him to explain to me how everything works.

Apparently, he’s much smarter than I am. After all, he’s made a boatload of money investing in fledgling startups, in the crypto space and otherwise. Many of the pitches I saw previously now remind me, in many ways, of Dogecoin. I didn’t understand the ownership thesis then, and I’m not going to pretend to understand it now.

Any early-stage investment requires a “leap-of-faith” of sorts. One often is required to make outlandish assumptions (whether it’s with the growth rate, churn, WACC, whatever). I’m okay with outlandish valuations for start-ups. Most of these companies have nothing to show for their work other than a great team and a whole lot of “grit.”

However, that’s a lot different than the assumptions I’d be forced to make in a crypto option like Dogecoin. Simply put, these aren’t assumptions I’m unwilling to accept.

“I’m no longer part of the Dogecoin project, I left around 2015, as the community started to strongly shift from one that I was comfortable with,” he wrote. “I don’t currently own any Dogecoin, except what has been tipped to me recently, I gave away and/or sold all the crypto I had back in 2015, after being laid off and scared about my dwindling savings at the time, for about enough in total to buy a used Honda Civic.”

That just about sums up everything investors need to know about Dogecoin.

On the date of publication, Chris MacDonald did not have (either directly or indirectly) any positions in the securities mentioned in this article.