Bitcoin’s mining difficulty is the highest it has even been in its lifetime but Bitcoin miners still captured record revenues last month raking in $1.5 billion in coinbase rewards and transaction fees. Today, the blockchain’s hashrate is around 160 exahash per second (EH/s) with 17 pools dedicating hash power to the network.

On March 27, 2021, the Bitcoin hashrate spiked to 195 EH/s coming awfully close to the 200 EH/s zones for the first time. The continuous rise in hashrate has also pushed up the crypto network’s mining difficulty which is currently at 23.14 trillion. 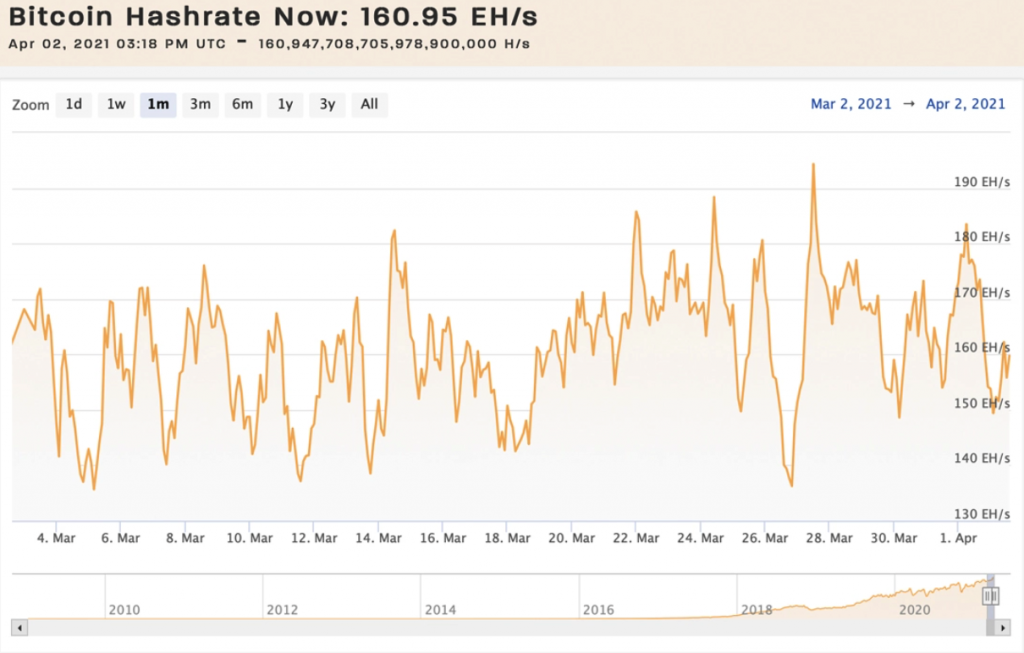 Currently, the Bitcoin hashrate is coasting along at 160 exahash per second. Every two weeks or every 2,016 blocks found, the difficulty changes and in 13 days it might increase over 5%. Of course, this mining difficulty change will depend on the amount of hashrate produced at that time.

Just recently, the blockchain research company Arcane Research published a report that explained BTC miners captured more than $1.5 billion in fees and rewards in March. BTC miners find roughly 144 blocks per day and each block contains 6.25 BTC and all the fees associated with transactions.

Statistics show that the next BTC block fee is $11.75 per transaction and the current median fee is $8.27. This means there’s roughly 900 BTC generated per day which is an issuance rate of around 1.77% per annum.

While there are 17 pools dedicating hashrate to the BTC chain, during the last six months major institutions like Marathon, Foundry, Blockcap, and Hut 8 have been making moves in the North American region. The company’s purchases have pushed demand to the brink and on top of that, there’s a global semiconductor shortage as well.

The 17 known pools today show a majority of the top five pools mining BTC stemming from China. This includes the top mining pool F2pool, Poolin, Antpool, Btc.com, and Binance Pool. Although the pool battles with Poolin from time to time, F2pool has been the number one BTC miner for weeks on end.