Bitcoin Struggles Below $30K; Next Support at $27K 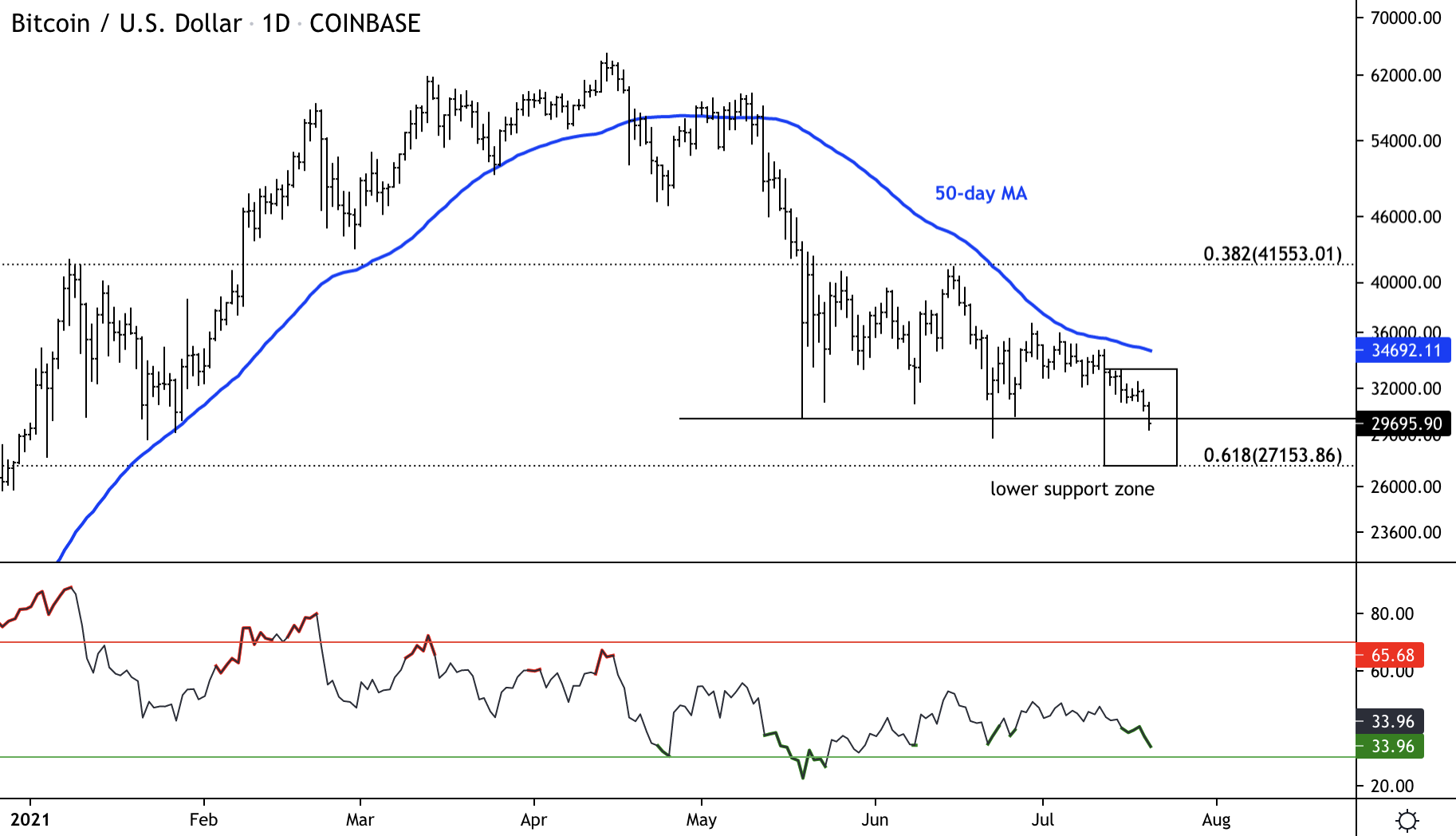 Bitcoin (BTC) sellers were active during Asia hours as the world’s largest cryptocurrency dipped below $30,000 for the first time in four weeks. The next level of support is seen at $27,000, which is a 60% retracement of the March 2020 low.

Intraday charts appear oversold, which could stabilize some selling pressure. However, upside appears limited below $34,000 given strong overhead resistance.