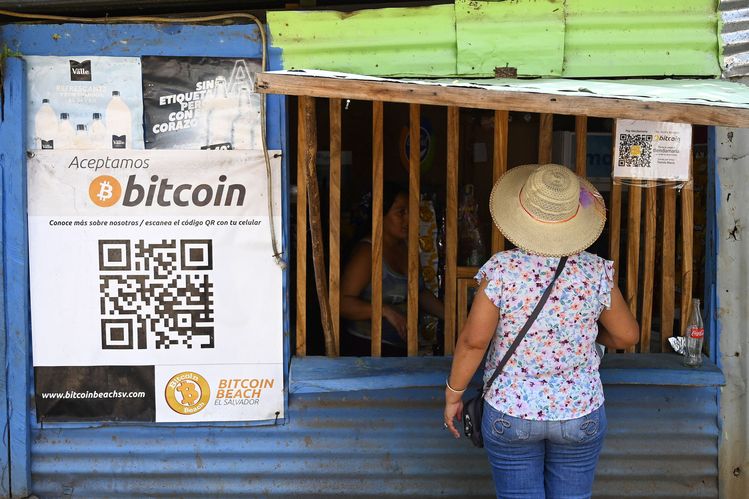 The question of what regulators should do about cryptocurrencies is only becoming more complicated, as one small central American nation becomes the first country to make bitcoin legal tender.

A glimpse of what the future of crypto could look like arrived on 7 September in El Salvador, where citizens can now pay their taxes, buy a house and shop in bitcoin. Though the country’s developing infrastructure is not comparable to what might happen if UK banks were to accept bitcoin en masse, its trial may prove helpful for foreign regulators attempting to forecast the sector’s potential.


And yet, in more developed parts of the world, debate swirls over whether regulators should be responsible for cryptocurrencies at all.

“You can buy gold and other commodities, foreign real estate, foreign currencies, or even old school tokens like Pokémon cards, using unregulated markets. There is no shortage of consumer harm in many of those markets,” said Charles Randell, chair of the UK’s Financial Conduct Authority, in a 6 September speech.

“So why should we regulate purely speculative digital tokens? And if we do regulate these tokens, will this lead people to think that they are bona fide investments? That is, will the involvement of the FCA give them a ‘halo effect’ that raises unrealistic expectations of consumer protection?”

Here lies the FCA’s crypto conundrum, after it found earlier this year that its warnings about the sector’s extreme risks were falling on deaf ears. In January, it said around a quarter of a million Brits believed their crypto investments were protected by the FCA or relevant consumer schemes should they go wrong.

“It’s difficult for regulators around the world to stand by and watch people, sometimes very vulnerable people, putting their financial futures in jeopardy, based on disinformation and fear of missing out,” Randell said.

If any regulation of digital assets is to be effective, he added, businesses must be registered, authorised and provide watchdogs with full access to their people and resources. Some crypto firms, such as the world’s largest exchange, Binance, have so far refused to comply with those requirements.

“We are not going to award FCA registration or authorisation to businesses which won’t explain basic issues, such as who is responsible for key functions or how they are organised. That would be token regulation in the worst sense,” Randell told the Cambridge International Symposium on Economic Crime.

One approach could be to counteract volatility with capital requirements that are so high that they become a deterrent for widespread entry into the sector. In his speech, Randell noted a recent proposal by the influential Basel committee that banks should hold reserves to cover their entire crypto holdings to manage the risk.

“The FCA is singing from the same song sheet as many other international regulators,” said Susannah Streeter, senior analyst at Hargreaves Lansdown. “If banks and other regulated financial institutions dabble in crypto, the committee is considering making them put aside enough capital to cover 100% of potential losses. Giving speculative tokens a high-risk price tag is likely to make cryptocurrency dealing and investment very expensive, and could limit the number of new institutional entrants into the crypto world.”

Bitcoin by the beach

As El Salvador and its 6.5 million citizens make history, regulators are not the only ones with a vested interest in the outcome of its experiment.

Bitcoin investors on Reddit issued a rallying cry to support El Salvador’s mission by trying to push up the token’s price on 7 September. They hope this will give locals more bang for their buck, ahead of the government’s promise to give $30 worth of bitcoin to every resident who downloads its official Chivo app.

Yet this attempt to ‘pump’ bitcoin’s price — even if originating as a kind gesture — shows how putting a decentralised currency into the mainstream arena could have its drawbacks.

As long as such manipulation by Redditors in their millions is possible, there is little way of predicting what bitcoin might do over a full financial cycle, adding weight to Randell’s suggestion that crypto’s youth might be its downfall.

“We simply don’t know when or how this story will end, but – as with any new speculation – it may not end well,” he said in the 6 September speech.

It should be noted that the FCA’s crypto hesitancy does not extend to how regulators might approach blockchain, with secret teams inside banks all over the world plugging away at updating their back-end processes using the sector’s underlying technology.

Would we ever see bitcoin being used as legal tender in the UK? If Randell’s speech is anything to go by, it’s extremely unlikely.

While he lauded the use of blockchain to make settlement and custody processes more efficient, Randell said only those which “do not have the unacceptable environmental impact of some open proof-of-work systems” would be useful.

Proof of work is the process of mining bitcoin, where developers with sprawling networks of computers are rewarded with tokens when they solve the crypto puzzle. This is as opposed to the more carbon-friendly proof of stake, the way ether is mined, which works by validating transactions based on how many tokens the miner already holds.

As the Bitcoin network is one of the proof-of-work system’s worst offenders, with an annual energy usage at more than 10 times that of Google’s global operations, you can probably scratch that one off your list.

To contact the author of this story with feedback or news, email Emily Nicolle