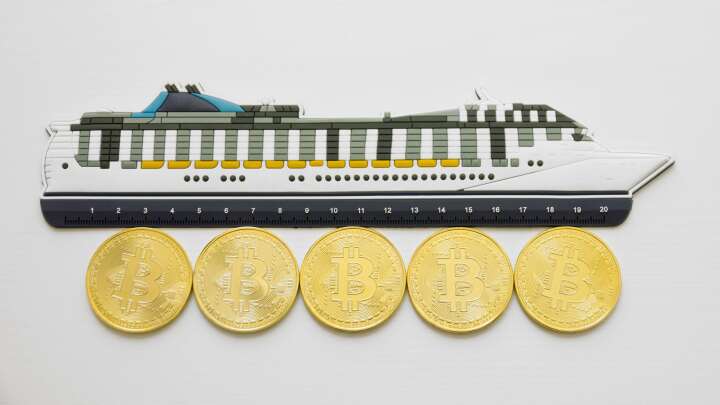 Who do you think of when you hear the word “Bitcoin”? Maybe a certain billionaire? A bored but ultimately generous hacker? El Salvador?

Whoever comes to mind, it probably isn’t a “seasteader” like Grant Romundt, Rüdiger Koch, or Chad Elwartowski, three men who last year collectively answered the question: “What if a frontiersman had a baby with Captain Nemo, and that baby then pissed off a Greek god?”

It was designed to be a utopia. In October 2020, Romundt, Koch, and Elwartowski clubbed together to buy a $9.5 million ex-cruise liner, the Pacific Dawn, which they renamed MS Satoshi after the founder of Bitcoin. They had a simple dream: to build a new society on the ocean, free from taxes, regulations, and fiat currency. At the heart of the community would be Satoshi, surrounded by a collection of space-age-looking pod homes and two floating platforms in the shape of a B – for Bitcoin – designed for farmland, parks, and manufacturing.

If you’re thinking that all sounds a little pie in the sky – or sea – then you have better instincts than the Bitcoin bros did.

“We were like, ‘This is just so hard,’” Romundt told The Guardian for their deep dive on the project.

As the trio quickly learned, the high seas are not, as they are so often made out to be, a wild and lawless paradise. In fact, they’re some of the most highly regulated places on the planet – especially for cruise ships.

“I was thinking a week into the job, I can see I’m going to be resigning,” Peter Harris, the experienced cruise ship captain hired by Koch to pilot the Satoshi, told the Guardian. “He didn’t understand the industry …He just thought he could treat it like his own yacht.”

The problems started immediately. The ship, it turned out, was not legally seaworthy. The group had planned to dock off the coast of Panama, but instead, they were forced to sail to Gibraltar for essential checks and repairs. Even after this, they found insurers would refuse to cover the ship – “They wouldn’t even tell us why we weren’t insurable, they just kept saying no,” Romundt said.

When they finally made it to the Central American country they hoped to make their home, they ran into a problem that has plagued humanity since the dawn of time: what to do with all the … effluent. Barred from discharging it into Panamanian waters, they would have to sail the 19 kilometers (12 miles) out to international waters every three weeks to dump the waste there instead.

And then there was the cost: $12,000 a day in fuel when they were on the move, and up to $1 million a month for upkeep even when docked. They couldn’t make up the costs from potential Satoshi citizens – for some reason, not that many people wanted to leave their friends, homes, jobs, and solid ground for a life of seasickness and cramped quarters.

The dream was doomed, and they knew it. The trio were forced to sell the ship before they even reached Panama – “We have lost this round,” announced Elwartowski. In a final twist, the trio couldn’t even scrap the Satoshi without running headlong into the realities of international law: the junkyard that bought her was based in India, a non-signatory to the Basel Convention governing the disposal of hazardous waste, and they were legally not allowed to send the ship there from a signatory country such as Panama.

The story has a happy ending – at least for the Satoshi. It now sails with a new cruise line under the name Ambience; instead of a community of crypto-miners, it’s now home to a few hundred globetrotting retirees. As for the seasteaders, they’re still harboring the dream of ocean colonization – but they’re out of the cruise game for now. After all, as Elwartowski concluded a few months after the debacle: “A cruise ship is not very good for people who want to be free.”