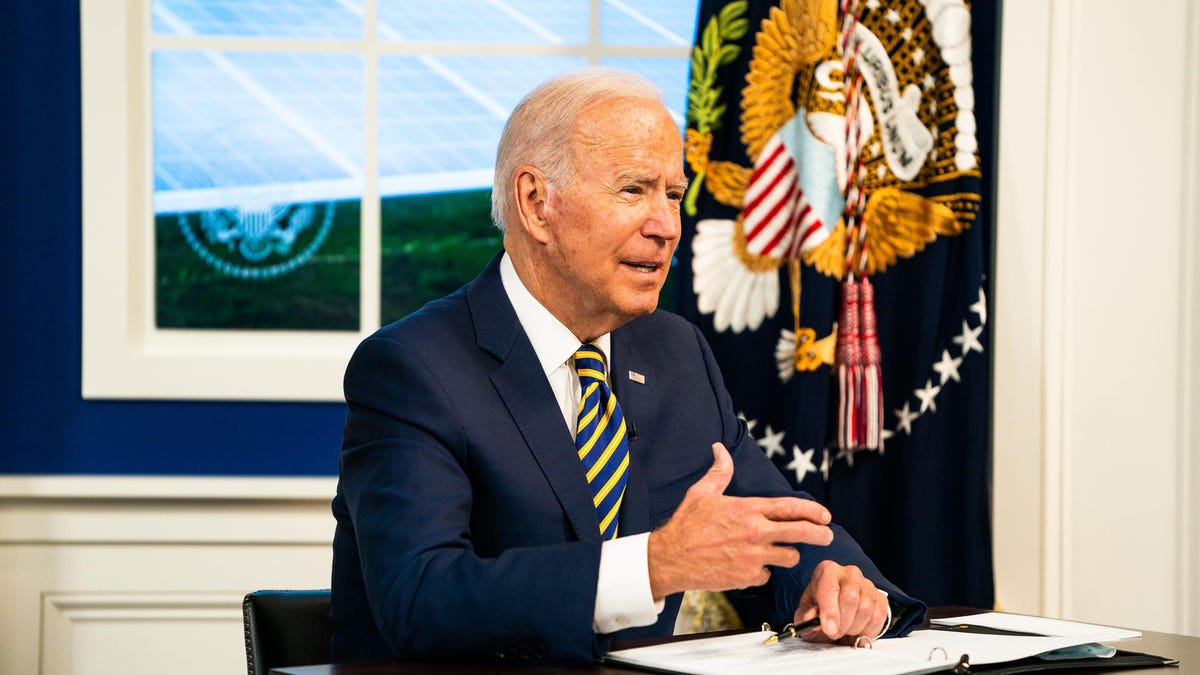 The following is an excerpt from the daily CryptoCodex email newsletter. Sign up now for free here

🚨🚨 Join Forbes’ director of research and digital assets, Steven Ehrlich, for an exclusive webinar on Tuesday, September 21 at 2.30pm EST as he and a panel of crypto and tax experts share insights and advice on how to navigate the often-confusing crypto tax landscape and discuss all the important tax considerations crypto hodlers need to be aware of before the end of the year. Sign up here—it’s free!

As global markets brace themselves for the fallout from the potential collapse of embattled Chinese property company Evergrande, whose shares have plunged again this morning, cryptocurrency prices are tanking—dragging the combined crypto market back under $2 trillion.

The bitcoin price is off by around 7% on this time yesterday, causing bulls to all but give up hopes of a history-busting green September. Bitcoin is falling away from the closely-watched $50,000 marker and is now closer to $40,000—a line repeatedly named by analysts as a key support level.

Ethereum and its many rivals are faring even worse, with the price of ether down almost 9%. Cardano, Binance’s BNB, solana and polkadot are all between 7% and 12% lower.

Ripple’s XRP is also down around 10%, falling under the psychological $1 level, while the meme-based dogecoin has fallen to 10th on CoinMarketCap’s ranking. Dogecoin could soon drop out of the crypto top ten after charging as high as fourth earlier this year but its closest competitor, avalanche, would have to more than double in value.

Now read this: The beguiling promise of decentralised finance

“An array of actions” incoming 🚀

Crypto crackdown: Cryptocurrencies are facing a U.S. regulatory reckoning with lawmakers and watchdogs preparing to clamp down on the rapidly-growing industry, according to a number of reports.

Hacked off: The Biden administration is “preparing an array of actions, including sanctions, to make it harder for hackers to use digital currency to profit from ransomware attacks,” the Wall Street Journal reported last week, citing people familiar with the matter, and claiming the Treasury Department could move “as soon as this week.”

Go hard: “An action of this kind would be an aggressive, proactive approach to going after those who facilitate ransomware payments,” Ari Redbord, a former senior Treasury security official, told the Journal.

Real talk: Meanwhile, bringing stablecoins under regulatory control might be “the most important conversation in Washington financial circles this year,” according to the New York Times
. Stablecoins, pegged to traditional currencies and real-world assets, are used to ease the buying of cryptocurrenies and have ballooned to a massive $120 billion market in recent years. The NYT outlined the most likely outcomes, including designating them as a risk to the system, branding them “securities,” treating them as money market mutual funds, regulating them like they are banks, and creating a rival central bank digital currency (CBDC), or digital dollar.

Prepare for launch: Officials are also said to be discussing a formal review by the Financial Stability Oversight Council into whether stablecoins pose an economic threat, a process that could trigger even more severe oversight, it was reported by Bloomberg.

Deal with it: “It is significant and very consequential that we are witnessing early steps to create a regulatory framework around digital assets,” Tomicah Tillemann, a one-time aide to then-Senator Joe Biden who is now global head of policy at a crypto fund run by venture capital giant Andreessen Horowitz, told the newswire. “That’s a big deal.”

Sharing isn’t caring: In the latest crypto lending clampdown, authorities in New Jersey and Texas are pursuing actions against cryptocurrency group Celsius Network for allegedly offering unregistered securities, it was reported by the Financial Times on Friday.

The week ahead 🗓️

👀 All eyes are on Chinese property giant Evergrande, now on the brink of collapse under a crushing debt of $300 billion. Evergrande’s Hong Kong-listed shares fell around 20% on Monday morning and many fear its collapse could cause shockwaves around the world and throughout many markets.

💰 The Biden administration could this week make it harder to use digital currency to profit from ransomware attacks, the Wall Street Journal reported late last week.

🇨🇦 Canada is today holding a snap election with the latest polls showing prime minister Justin Trudeau’s Liberals are likely to win more seats than the Conservatives but will fall short of a majority. Populist Maxime Bernier of the right-wing People’s Party of Canada put bitcoin on the agenda when he tweeted his support of bitcoin and crypto last week.

⛈️ It’s Climate Week in New York with world leaders already descending on the city. The event will see debate and assessment on climate change progress ahead of Scotland’s COP26 summit in November. Energy-intensive bitcoin and crypto mining could be in for a kicking.

🏦 Markets are braced for a flood of central banker remarks this week, with Federal Reserve chairman Jerome Powell getting top billing for his Wednesday press conference, coming after the Fed’s latest two-day policy meeting. Investors will be on the lookout for clues on when the Fed will begin tapering its easy monetary policy. Central bank committees will also meet this week in Tokyo, London and Stockholm.

📢 “Because a lot of the public disputes we’ve been seeing, I think [calls for regulation are] getting even nosier” – Harrison

💸 “We won’t see the lending markets disappear [due to a crackdown on crypto lending products], I think we’ll just see them move somewhere else” – Harrison

❌ “If [solana were to be flooded with transactions] again today, it would be fine. I think that that has been patched. It’s always sad when these happen, it’s always frustrating—but I don’t think that it’s particularly a security thing” – Bankman-Fried, on solana’s 17-hour outage last week. Bankman-Fried and FTX have close ties to the ethereum rival

🌊 “I think … we’re well-positioned to make a very solid competitor to OpenSea” – Harrison, on FTX’s recent moves to launch an NFT marketplace