Bogus NFT project – He blurs the web and spins with $ 2.7 million 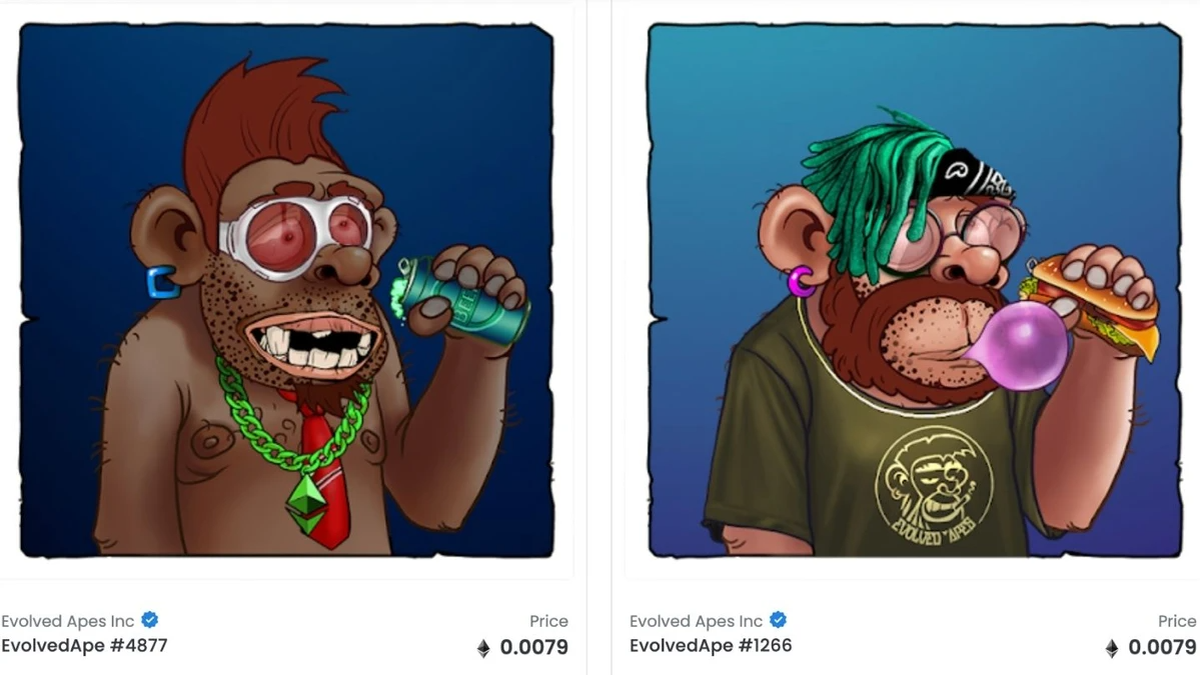 His name, Evil Ape (evil ape, in English), should have sounded like a warning. Yet, many investors have been seduced and scammed by his non-fungible token (NFT) project named Evolved Apes. After deleting the project’s official Twitter account and website, the developer mysteriously vanished overnight, embezzling the funds invested in the amount of 798 ethers, cybersecurity equivalent to more than 2.7 million dollars. dollars (more than 2.5 million francs), reports Vice.

The Evolved Apes project was put up for public sale on the NFT OpenSea market on September 24 as a collection of 10,000 unique digital drawings depicting monkeys dressed as people. She had quickly raked in millions from the sale of 4000 NFT. The project also included the development of an online fighting game in which to use the characters. Unfortunately for investors, who had nevertheless seen warning signs of the scam, such as an unprofessional promotional campaign, things did not go as planned.

Instead of stopping there, investors decided to support a new project resulting from the fraud. Named Fight Back Apes, he plans to launch another series of NFTs. This time, it demands that several people be responsible for the digital wallet in order to avoid another fraud.