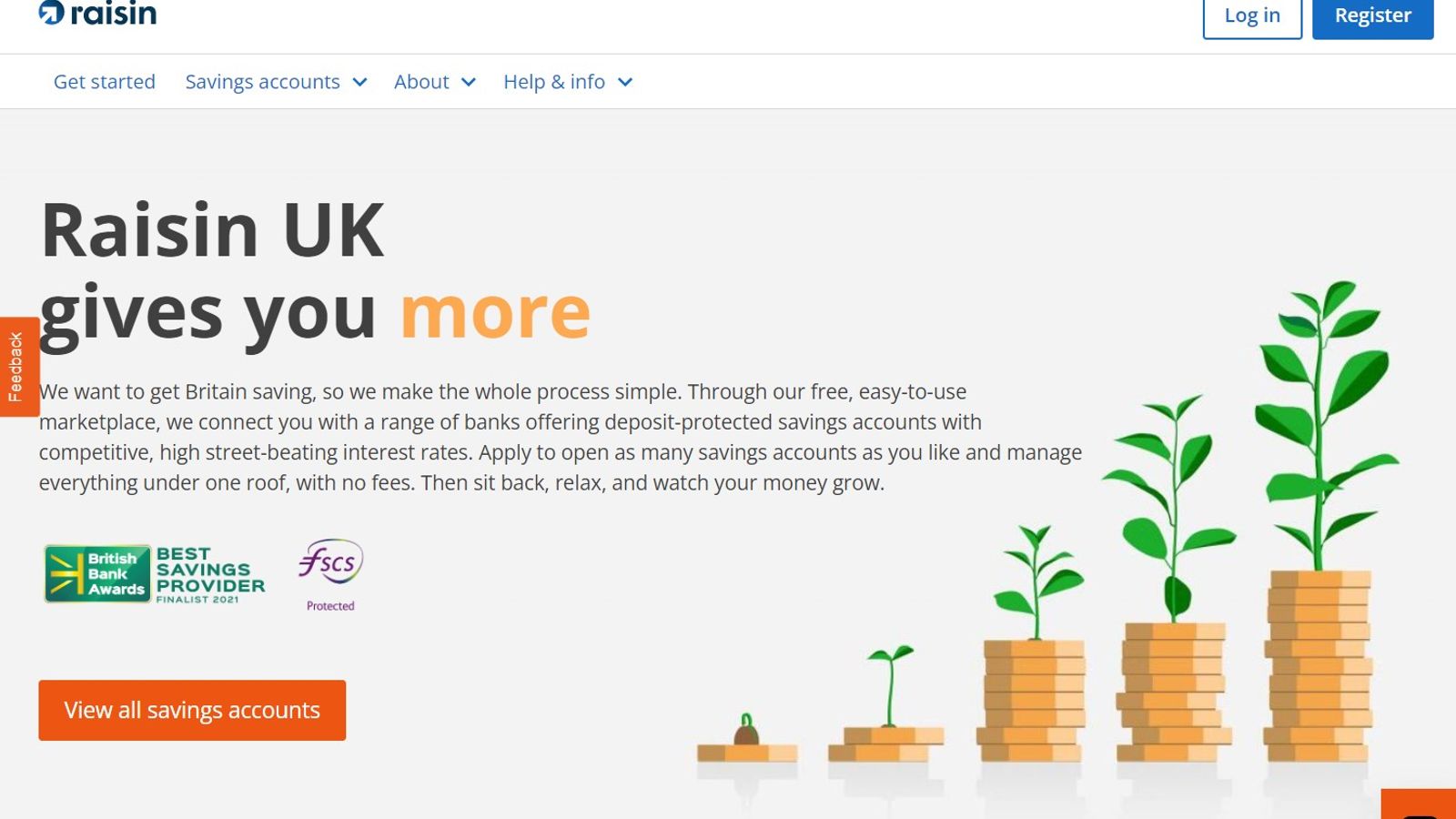 Raisin, one of Europe’s leading fintech groups, has drafted in Goldman Sachs to help raise fresh funding amid an increasingly bearish environment for growth capital deals.

Sky News has learnt that the Berlin-based company is looking to secure a substantial capital injection in the coming months, although the size of the prospective raise and valuation were both unclear on Wednesday.

Raisin, which is a specialist in ‘open banking’ services, is already backed by some of the world’s most prominent technology investors, including Index Ventures and PayPal Ventures.

Peter Thiel, the PayPal co-founder and former Facebook director, is also a shareholder, as is Goldman Sachs itself.

The company completed a merger with peer Deposit Solutions, which operates deposit marketplaces for the likes of Deutsche Bank, a year ago.

Its plan to raise new capital comes at a time of growing uncertainty for tech companies, with the likes of Klarna, the buy-now-pay-later specialist, reported to be slashing its most recent valuation in order to secure additional funding.

Many businesses in the sector are now frantically cutting costs by axing jobs in order to extend the duration of their existing funding reserves.

Raisin says it works with more than 400 banks and financial services providers, and has more than 750,000 direct customers.

It recently announced that it had more than €25bn in assets under management in savings products.