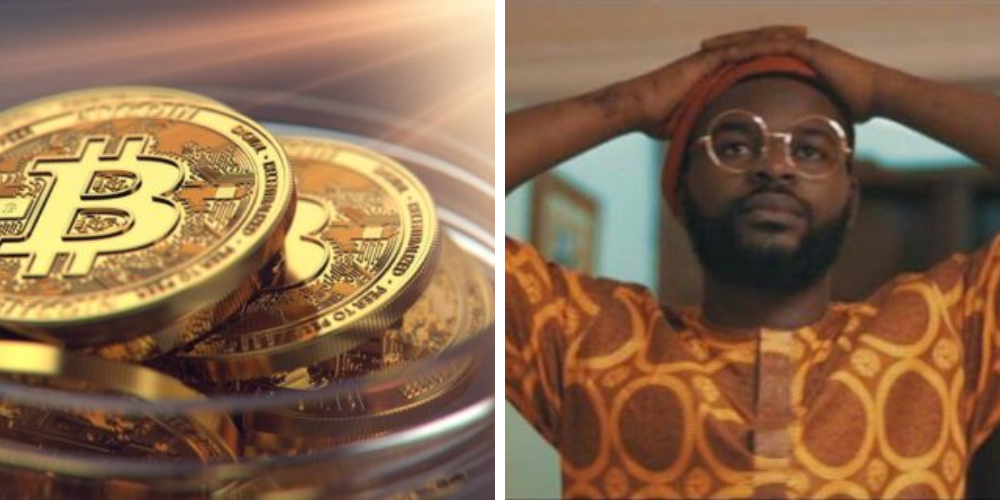 Sapa is having a few words with the crypto market right now, but this year wasn’t always like this. Amidst all the “WAGMI” and “LFG” that’ve now become “God abeg”, we spoke to seven Nigerians to know what it was like for them when the numbers were on a rollercoaster.

“Being involved in crypto actually changed my life. I wasn’t trading or anything like that, but I was pretty much looking for giveaways. They’re called airdrops. So I’d get some tokens from a crypto project for some reason sha. It may be for trying out a product, or for promoting it. It may even be for signing up at all. These tokens are usually worthless. But when some hype gets into the project, the tokens take off.

I’d gotten some worthless tokens from a project, and about four months after, I woke up to $1000 in my wallet because the token had done x80 within a day. That was just the start for me, as I became a full-time hustler for these airdrop projects. I wasn’t sleeping anymore because I had to stay alert for updates. It was a wild time. Sad that there isn’t much action anymore.”

“I was in the university in 2020 when I first got into crypto. I had friends who were making money through trading, but I didn’t know anything about that. So I went to a friend for advice and used the ₦66k my dad had given me for a laptop to buy some crypto based on what theyh said. It ended up wiping out all my money, and it caused a huge fight between me and my friend. I guess it was a necessary first lesson. But they helped with some more investment tips that went on to make me over $3k a few months later. At that point, crypto felt like blood money, and I totally forgot I’d even lost money in it before.”

“My brother was trying to send some money home to us from the UK sometime in 2020, and the process just seemed like hell. No regular channel was working for the amount of money he was trying to send. So he told me to open a crypto wallet so he could just send it there. I did that, and we received the money within a day. That was the first time I used crypto at all, and it was a lifesaver.”

“Trading futures wan kill me. Na like gambling. In fact, it’s like baba ijebu with a lot of financial jargon. I’ve made about ₦12 million since I started trading futures last year. But I’m pretty sure I’ve also lost more than N₦15 million. I honestly don’t even know why I do it anymore.”

“I bought into crypto in February [2022] when there was a lot of noise and hype. Big mistake. I thought “Omo, there’s money in this thing o. Make I no dull myself”. So I bought into Luna with most of my savings. This was about ₦1m and Luna was trading at around $40 at the time. Almost two months later, it was trading at around $80. I felt like a genius because my money had essentially doubled.

In May, Luna crashed from $80 to less than a cent within a day. I was completely wiped out. I didn’t even cry. I’ve still not cried yet. I think I’m in shock because how can ₦2m become ₦500 in one day?”

“I bought Ethereum with some of my feeding allowance back in 2017. I can’t remember exactly how much, but it was a lot of ethereum. I totally forgot about it because it was dormant for quite a while, until 2020 when the hype around crypto became really wild. I checked my wallet and realised I was worth $100k. I wanted to run mad. I’d never seen that kind of money before in my life.

I took half of the money out and left the rest so I could look for another version of Ethereum to buy. I’ve not found any sha, and I’ve lost a lot of the money already. I’m holding off until everything starts to pick up again.

“In 2017, I stumbled on a site I could mine this stupid coin called Dogecoin. It was worthless at the time, and I’d never heard of it. But I knew about mining bitcoin and this one felt much easier than the rest, so I decided to give it a try. My laptop was turned on for days at a stretch because I didn’t want anything to interrupt the process. At the end of the week, I think I had mined about 5,000 units of it, but I was disappointed when I saw the value. It was still less than $1. I left it and shut the whole thing.

After Elon Musk scattered everywhere with dogecoin hype in 2020, it went way up, and I’m sure it’d have been worth at least $2,500 at the time. But I don’t even know how to access my tokens so I just chopped my L and faced my front. It was painful sha.”

Wan – to try and do something

ALSO READ: 14 of the Funniest Nigerian Tweets About Crypto