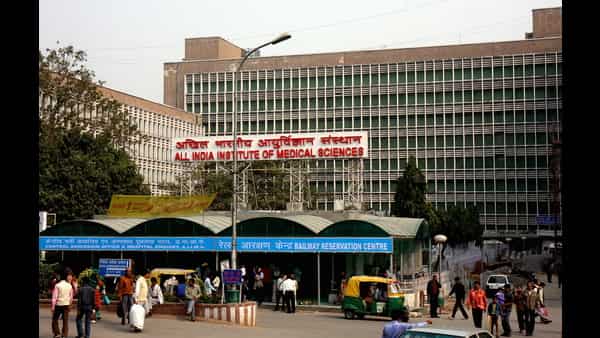 NEW DELHI : A cyber attack on the All India Institute of Medical Sciences (AIIMS) Delhi has compromised the personal data of millions of patients including “VVIPs” such as civil servants and politicians, according to officials aware of the development.


AIIMS on Tuesday suspended two junior technicians from the computer IT division. However, no action had been taken against senior officials of the department at the time of writing.

According to PTI, the hackers demanded a ransom of ₹200 crore in cryptocurrency. PTI said on Tuesday the hospital has been under cyber attack for seven days in a row. However, Delhi police said no ransom demand has been brought to its notice by AIIMS.

AIIMS said on Tuesday, “The eHospital data has been restored on servers. Network being sanitized before services can be restored. The process is taking some time due to the volume of data and large number of servers/computers for the hospital services. Measures are being taken for cyber security. All hospital services, including outpatient, in-patient, laboratories, etc continue to run on manual mode.”Claims of compromised medical reports will cause alarm in a hospital that is well-known for treating top Indian politicians, including prime ministers, as well as senior government officials.

An official at the hospital said, “AIIMS will have to face a huge financial loss in crores or which cannot be counted due to this cyber-attack incident. AIIMS has one main server (physical server) which is situated inside the campus and managed with high security. The other three backup servers are in different seismic zones. These backup servers are created to protect damage during earthquake and cannot be accessed easily. Interestingly, in the present case, the all servers have been hacked and comprised personal data of millions of patients ranging from clerk to bureaucrats to VVIPs, politicians etc,” said an official at AIIMS requesting anonymity.

Another official said, “The server contains records related to registration, admission summary, discharge summary, UHID-based investigation, consultation, mobile and Aadhar details of the patient and other important records of the hospital such as medical research and clinical data, tender and procurement related data. It is the 7th day since the data has been hacked and government experts are unable to restore it. This shows that National Information Centre IT system needs improvement. NIC is also taking care of IT services of other Central government hospital, ministries and department which are at risk now.” The matter is being investigated by a high-level team of experts from the National Investigation Agency (NIA), India Computer Emergency Response Team (CERT-IN), Delhi Police, Intelligence Bureau, CBI and ministry of home affairs.

Earlier, Dr D.K. Sharma, medical superintendent at AIIMS, Delhi said, “There might be some issues with patients. However, we are doing our best to give appropriate medical services to patients as much as possible through manual mode. Since the cyber-attack hit AIIMS, we are seeing around 12,000 patients every day.”