CHENGDU, China, Dec. 22, 2022 /PRNewswire/ — The awarding ceremony of the 2022 Times Young Creative Awards, co-sponsored by Want Want China Times Media Group and Chengdu Media Group, took place in Chengdu on December 16, at which the winner list was officially announced. A total of 99,694 entries from China, the United States, France, Italy, South Korea, Belgium, Malaysia, and other countries participated. Finally, the organizing committee selected the gold, silver, and bronze prizes from 175 entries of the top three entries in each competition area. 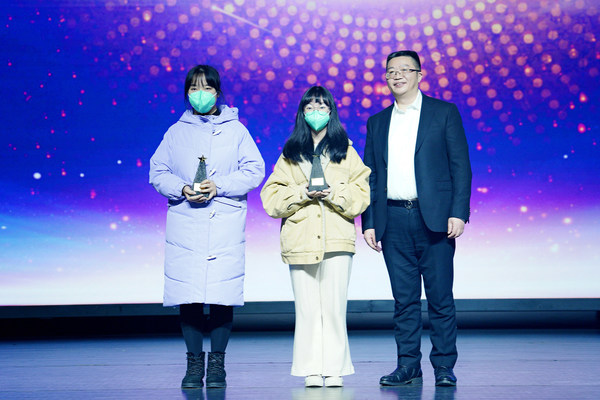 “Tip of the Iceberg” by the private Taibei High School in Chinese Taipei won the silver prize, and “Redesign of Industrial Relics under the Concept of Landscape Urbanism” by Yantai Institute of Technology won the bronze prize. “This is Anren Ancient Town in Chengdu” by the Chengdu University of Technology won the Excellent Award alongside other works.

This year’s Times Young Creative Awards set up the Chinese mainland competition area and the Chinese Taipei and overseas competition areas and collects 1063 entries from 3,976 youth designers from all over the world. These young designers’ works presented the characteristic elements of Chengdu, such as snowy mountains, parks, pandas, Sichuan opera, greenway, lakes, and sunbirds, in a diversified way. The future urban scenes of Chengdu, where a city is built in parks, parks in cities, green through windows, and parks outside the door, are transformed into design inspiration for Chengdu, which aims to build a park city demonstration area under the new development concept. The campaign integrates personal dreams with urban dreams by creating visible, audible, and interactive physical images in the form of digital cultural creation, and engages everyone in building Chengdu into a park city.