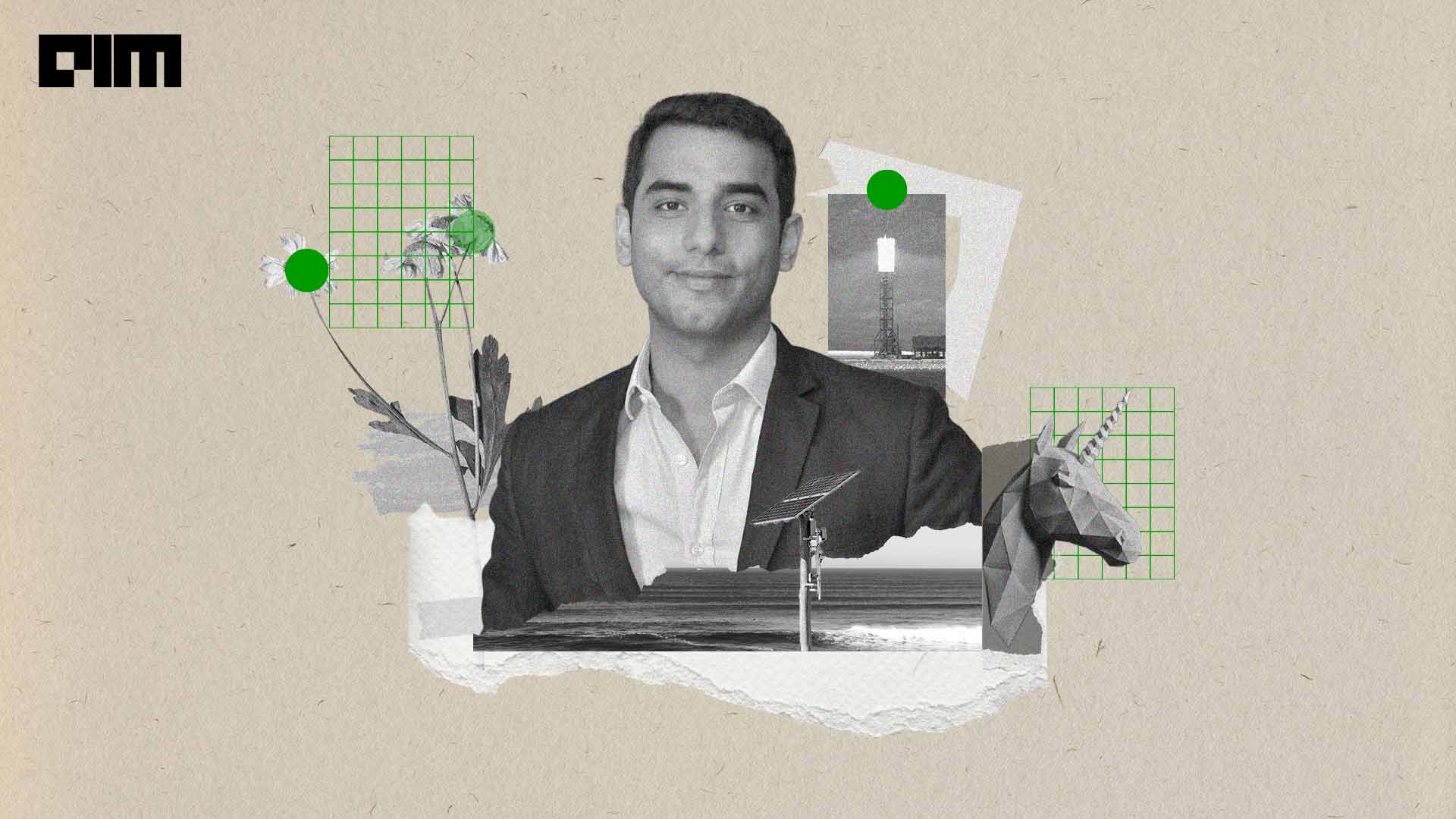 In 2022, over a quarter of all the venture capital funding went into climate technology startups specifically focussed on technologies targeting emission reduction. In 2021, a total of $53.7 billion VC funds were allocated to climate tech startups. This has been the trend since the signing of the Paris Agreement in 2016, which resulted in more and more companies shifting focus to solving climate change.

To understand the VCs philosophy about investing in climate tech companies, Analytics India Magazine spoke to Shauraya Bhutani, co-founder and partner at Breathe Capital, a firm looking to investing in technology startups while focusing on climate tech startups. Bhutani shared his views on the growing interest of VCs in climate technology while also talking about what his firm looks for in a startup.

Bhutani has been operating in the investment sector for more than eight years out of Singapore and started working from India only two years ago, focussing on the South-East Asian and Indian markets. He is also the founder of Capital Connect Advisors, offering capital funding and financial advisory services for technology entrepreneurs and investors. Bhutani got together with Zubin Mehta, to start Breathe Capital in 2022.

Breathe Capital is a sector-agnostic early stage investment firm mostly focusing on investing in technology startups that are building for the climate, while also investing in e-commerce and fintech. “We are not essentially looking for tech innovations, but a business model innovation that can be adapted to a developing country, and taken to international markets,” adds Bhutani.

The rise of climate tech startups

“India has fundamentally different challenges when compared to the US or Europe, and we are seeing climate tech pick pace in India and South-East Asia in the past 2-3 years,” said Bhutani. “Though Europe has been leading innovations in the climate tech industry, India is now driving more and more investment in the field.”

There has essentially been a top-down directive from the Indian government to invest in climate tech startups. “Most of the capital comes from the sovereign wealth funds and DFIs and they are directing VCs to start making climate tech investments a priority, even the LPs are pushing for it,” said Bhutani.

Bhutani believes that the current stage of the climate tech startup industry is mostly like the e-commerce industry in 2013-14. “We are seeing very similar investors and investments in this sector as well with more and more fintech investors getting interested,” said Bhutani. He adds that investors like Y-Combinator, Lightspeed Ventures, and Sequoia Capital also announced that they are increasingly investing in the climate tech industry. “We will definitely see a bunch of unicorns from the sector, starting from India and going abroad as well, with the government stepping in to support them.”

“When we map out the climate tech sector, the transport, mobility, and energy sector are already almost done with but there are still pockets of opportunity in the energy sub-sector like storage for instance,” explains Bhutani. There are very few electric vehicle companies that receive pre-seed or seed funding as the sector is very advanced. Bhutani said that most of the founders are building in the circular economy and a lot of new innovations are also coming in the EV charging space.

“Under the circular economy, there are two kinds of approaches we are witnessing, one is product design which ensures that the product stays longer in the market. And the other is the business model design approach, which means getting a finite resource back into the ecosystem,” explains Bhutani. The firm has made three investments in the business model design sector in the past two months.

The farming and food production sector is gaining a lot of traction in recent years with brands that are offering plant based meat and protein alternatives. “We are not a multi-stage fund so we stay away from the protein sector because it requires a long-term view and heavy investments,” said Bhutani. The firm is more interested in companies building software solutions for monitoring and precision farming.

‘Money is just a commodity for some founders‘

Bhutani said that earlier, he used to find only one slide out of ten in a slide deck of a company that talked about the impact it has, which looked more like a “nice to have” instead of a “must have”. “Now when we look at climate tech companies, we are seeing more and more of them talking about the impact they have on the environment and embed it in their pitches. These are the type of companies we are interested in investing in, companies that are directly, or indirectly cutting down emissions and making it their priority — that is the key metric,” affirms Bhutani.

“Where Breathe Capital stands apart is that being new into the industry, we are focused on adding value to the company. By being only an early stage investor, we prepare and structure the startups for later rounds,” said Bhutani. “All we expect from founders is transparency.”