A Very British Scandal: The similarities between FTX’s collapse and the Charitable Corporation Scandal

In modern capitalism, it seems as if stories of companies and managers who engage in fraud and swindle their investors occur like the changing of the seasons.

In fact, these scandals can be traced back to the origins of publicly traded companies, when the first stockbrokers bought and sold company shares and government securities in the coffee houses of London’s Exchange Alley during the 1700s.

As a historian of 18th-century finance, I am struck by the similarities between what’s known as the Charitable Corporation Scandal and the recent collapse of FTX.

The Charitable Corporation was established in London in 1707 with the noble mission of providing “relief of the industrious poor by assisting them with small sums at legal interest.”

Essentially, it sought to provide low-interest loans to poor tradesmen, shielding them from predatory pawnbrokers who charged as much as 30 per cent interest.

The corporation made loans available at the rate of five per cent in return for a pledge of property for security.

The Charitable Corporation was modelled on Monti di Pietà, a charitable institution of credit established in Catholic countries during the Renaissance era to combat usury, or high rates of interest.

Unlike the Monti di Pietà, however, the British version — despite its name — wasn’t a nonprofit.

Instead, it was a business venture. The enterprise was funded by offering shares to investors who, in return, would make money while doing good. Under its original mission, it was like an 18th-century version of today’s socially responsible investing, or “sustainable investment funds.”

In 1725, the Charitable Corporation diverted from its original mission when a new board of directors took over.

These men turned the corporation into their own piggy bank, taking money from it to buy shares and prop up their other companies.

At the same time, the company’s employees began to engage in fraud: Safety checks ceased, books were kept irregularly and pledges went unrecorded.

Investigators would ultimately find that £400,000 or more in capital was missing – roughly $108 million in today’s US dollars. 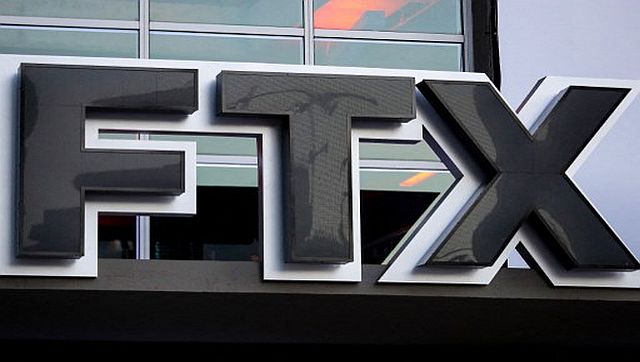 Both companies were offering something new or venturing into a new sector. In the Charitable Corporation’s case, it was microloans. In FTX’s case, it was cryptocurrency. AFP

In the autumn of 1731, rumours began to circulate about the solvency of the Charitable Corporation. The warehouse keeper at the time, John Thomson, who was in charge of all loans and pledges but also in league with the five fraudulent directors, hid the company’s books and fled the country.

At the shareholders’ quarterly meeting, they found that money, pledges and accounts had all gone missing. At this point, the proprietors of the Charitable Corporation stock appealed to the British Parliament for redress.

One-third of those who petitioned were women, a proportion that equalled the percentage of women who held shares in the Charitable Corporation.

Many women were drawn to the corporation because of its public mission in providing small loans to working people. It’s also possible that they had been intentionally targeted for fraud.

The parliamentary investigation led to various charges being levelled against both managers and employees of the Charitable Corporation. Many of them were forced to appear before Parliament and were arrested if they did not.

The managers and employees deemed most responsible for the 1732 fraud, such as William Burroughs, had their assets seized and inventoried in order to help pay back the shareholder losses.

Bankruptcy proceedings were started against the banker and broker, George Robinson, and the warehouse keeper, Thomson. Both Sir Robert Sutton and Sir Archibald Grant were expelled as members of the House of Commons, with Grant being prevented from leaving the country and Sutton ultimately prosecuted in several courts.

In the end, the shareholders received a partial government bailout — Parliament authorised a lottery that reimbursed only 40 per cent of what the corporation’s creditors had lost.

The risks of concentrated power

There are several key characteristics that stand out in the collapses of both the Charitable Corporation and FTX. Both companies were offering something new or venturing into a new sector. In the former’s case, it was microloans. In FTX’s case, it was cryptocurrency.

Meanwhile, the management of both ventures was centralised in the hands of just a few people. The Charitable Corporation got into trouble when it reduced its directors from 12 to five and when it consolidated most of its loan business in the hands of one employee — namely, Thomson.

FTX’s example is even more extreme, with founder Sam Bankman-Fried calling all the shots.

In both cases, the key fraud was using the assets of one company to prop up another company managed by the same people. For example, in 1732, the corporation’s directors bought stock in the York Buildings Company, in which many of them were also involved.

They hoped to juice stock prices. When that didn’t happen, they realised they couldn’t cover what they had taken out of the Charitable Corporation’s funds.

Fast forward nearly 300 years, and a similar story seems to have played out. Bankman-Fried allegedly took money out his customer accounts in FTX to cover his cryptocurrency trading firm, Alameda Research.

News of both frauds also came as a surprise, with little advance warning. Part of this is due to the ways in which managers were well respected and well connected to both politicians and the financial world. Few public figures mistrusted them, and this proved to be a useful screen for deceit.

I would also argue that in both cases the company’s connection to philanthropy lent it another level of cover. The Charitable Corporation’s very name announced its altruism.

And even after the scandal subsided, commentators pointed out that the original business of microlending was useful. FTX’s founder Bankman-Fried is an advocate of effective altruism and has argued that it was useful for him and his companies to make lots of money so he could give it away to what he deemed effective causes.

After the Charitable Corporation’s collapse in 1732, Parliament didn’t institute any regulation that would prevent such a fraud from happening again.

A tradition of loose oversight and regulations has been the hallmark of Anglo-American capitalism. If the response to the 2008 financial crash is any indication of what will come in the wake of FTX’s collapse, it’s possible that some bad actors, like Bankman-Fried, will be punished.

But any regulation will be undone at the first opportunity — or never put in place to begin with.

This article is republished from The Conversation under a Creative Commons license. Read the original article.