Plotting the next Fintech revolution in India 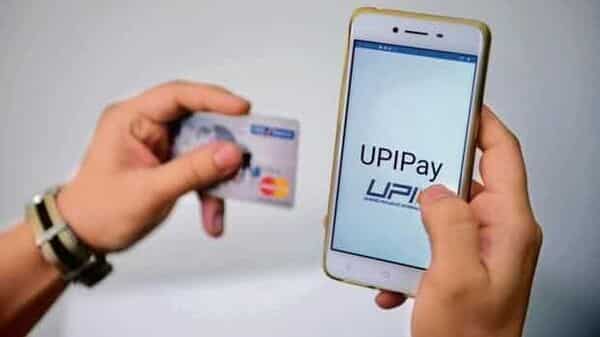 I don’t remember the last time I used my debit card. I usually swipe my credit card or use my phone to pay via UPI. The remarkable part of this conversation isn’t that we’re increasingly letting go of our debit cards but also that the technology that has replaced it is being built in India and for the world. Recently, UPI crossed borders and started early adoption pilots in the UK as well.


UPI is among those several landmark reforms implemented by the Reserve Bank of India to bring about a silent fintech revolution. As a member of the country’s burgeoning fintech ecosystem, I have observed the change at close quarters. Digital transformation coupled with customer protection has been the primary theme of RBI’s reforms so far. The JAM trinity of Jan Dhan, Aadhaar, and Mobile, coupled with UPI, helped India make rapid strides toward digital payments. Now, there has been a multi-fold increase in digital payment options, including BBPS, and Bharat QR code, among others.

The progressive evolution helped India hit new milestones in digital payments. In 2022, India boasts of the highest global fintech adoption rate of 87%, as against the world average of 64%, according to the Union Commerce and Industry Minister, coincidentally at a time when the country took charge of the G20 Presidency. As of Q3 of the current financial year, the country’s financial institutions facilitated 23 billion online transactions. And in 2022, the RBI gave UPI a further facelift by expanding its use cases from UPI Lite to enabling Credit cards on UPI. UPI changed the face of India’s payment system. We made ~243 million UPI transactions every single day! I consider this an extraordinary feat, and a large part of the credit goes to the conducive regulatory regime.

While a lot has happened this year, there are four reforms that I consider the most impactful. The first is, cardless payments via credit card-UPI linking was one such initiative. Here, RBI eliminated the need to carry physical cards by permitting RuPay credit card linking with Bhim UPI. Customer concerns around card storage were also resolved through card tokenization. RBI became cognisant of the importance of data security and introduced a card tokenization feature. To ensure that raw card details are not stored, the card number was replaced with a proxy code called a ‘token’. Soon after, there was a rush to tokenize cards, so much so that 350 million tokens were created by 1 October deadline.

Continuing with the customer-first approach, RBI also made tweaks to mandate pre-debit notification for recurring payments. RBI addressed the concerns of unaware customers by mandating banks to send a notification 24 hours before a recurring card-based transaction. Close to 59 million new mandates were registered as of June 2022.

With more Indians going digital, data privacy has been given utmost importance by the regulator.

RBI’s digital lending guideline prevents data misuse by enabling direct credit to your bank account and prevention of biometric data storage. This was another step by RBI to ensure a secure lending ecosystem for customers.

As India takes a prominent position on the global fintech stage, I firmly believe that the upcoming reforms will prove to be fruitful. We are ready for a paradigm shift with the implementation of the Central Bank Digital Currency (CBDC). CBDC, commonly referred to as e-Rupee, will take the burgeoning fintech ecosystem a step ahead by reducing the maze of payment gateways. The digital rupee, a digitized version of the currency, will run on the blockchain to power all digital transactions.

While India has made significant progress in fintech, this is just the beginning of the journey. A deeper financial integration of the country’s hinterlands through “sachet” products can bolster our growth prospects. Affordable access to credit through closer partnerships between banks and fintech players will be another dimension to focus on. Looking at our past track record, I see India as the global fintech market leader by 2025.

With India at the helm of G20, the lessons learned from the country’s fintech success story can soon become best practices for the global economies to follow.

Arif Khan is the chief innovation officer of Razorpay.