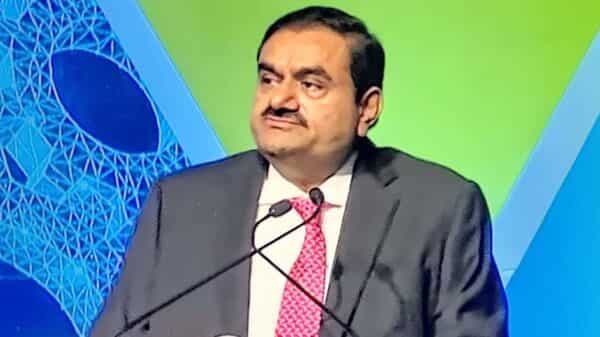 India is set to rank among this year’s best-performing major stock markets globally, overcoming concerns about higher interest rates and an economic slowdown that has mired peers.


The S&P BSE Sensex Index is up 3% so far in 2022, the biggest gain in the world after measures in Singapore and Indonesia. A solid run of earnings buoyed key Indian benchmarks to record levels, making the market larger than the UK. Meanwhile, the MSCI All Country World Index has fallen 20%.

This year’s winners include shares linked to billionaire Gautam Adani and banks boosted by a sharp recovery in credit demand. Some of the biggest losers were shares of technology firms that languished following their public debuts and software outsourcing providers that faced concerns of a potential slump in overseas demand.

The outlook, however, is murkier. The market is seen to lose momentum next year amid elevated valuations, with Goldman Sachs Group Inc. calling an underperformance versus China and South Korea.

Slowing global growth may weigh on the country’s economy in the near term even as its “structural promise” remains a significant long-term attraction, JPMorgan analyst Sanjay Mookim wrote in a note this month.

Here’s a look at some of the most significant stock moves of 2022:

Adani’s ports-to-power conglomerate saw at least two of seven listed companies more than double in value this year, led by Adani Power Ltd. as it benefited from a jump in demand for electricity. Flagship Adani Enterprises Ltd. has surged 113% after it became the second group firm to join the NSE Nifty 50 Index. The share price of Adani Wilmar Ltd., the group’s joint venture consumer food business, could gain another 24% from current levels, according to the 12-month consensus price target of analysts. Investors have sold off the group’s stocks of late amid steep valuations.

The S&P BSE Bankex has surged 18% this year on the sector’s successful resolution of sour debt, the creation of a bad bank to offload troubled loans and a sharp recovery in credit demand. Uday Kotak, the billionaire managing director of Kotak Mahindra Bank Ltd., called the rebound in banks a “Cinderella” moment. Still, a worsening gap between deposit and credit growth is something to watch out for, according to Macquarie Capital analyst Suresh Ganapathy. State Bank of India, the nation’s largest lender, is up 25% this year and could gain by a similar magnitude over the next 12 months, analysts estimate.

Lingering disappointment following big initial public offerings sent fintech firm Paytm and online insurance marketplace Policybazaar down more than 50% this year after their trading debuts toward the end of 2021. Other decliners include delivery startup Zomato, the owner of beauty e-retailer Nykaa and logistics firm Delhivery. Life Insurance Corp. of India, which surpassed Paytm to become India’s biggest IPO, has lost more than a quarter of its value since May.

Outsourcing providers were among the worst performers amid concerns over a possible recession in the US and Europe. Major firms — including Infosys Ltd. and Tata Consultancy Services Ltd. — slid, pushing the sectoral gauge toward its worst year since 2008. Big information technology services companies are bracing for a “longer winter ahead,” said JM Financial Institutional Securities analyst Abhishek Kumar.

This story has been published from a wire agency feed without modifications to the text. Only the headline has been changed.