Wordle, ChatGPT and the collapse of cryptocurrency: The biggest tech trends of 2022 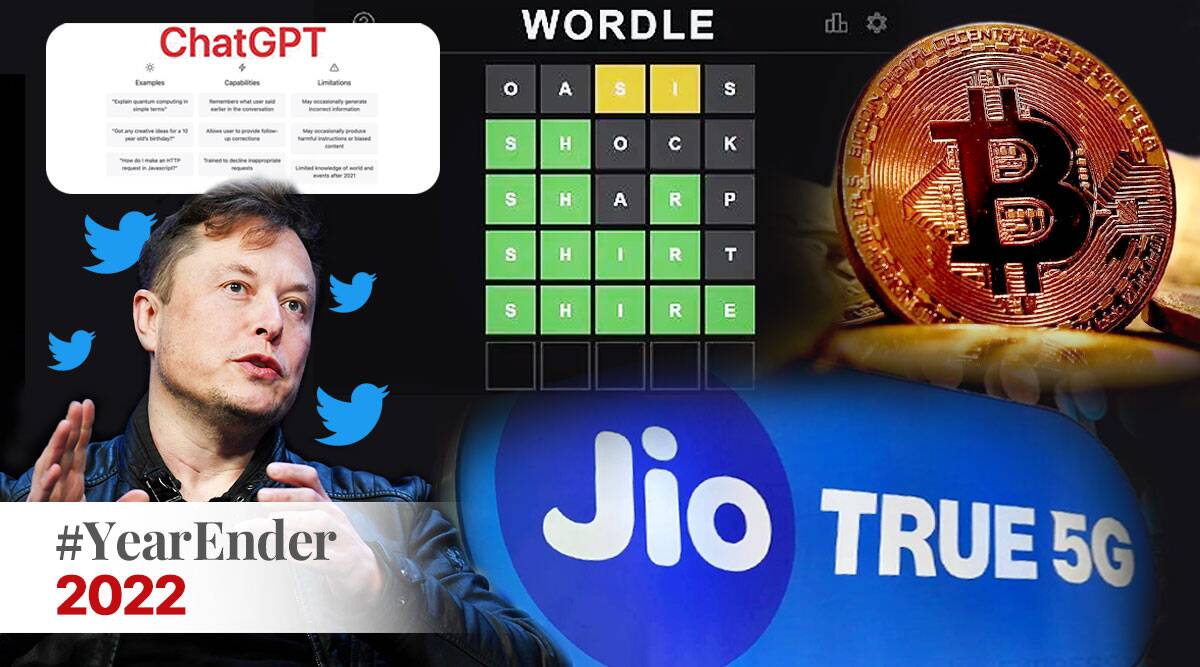 This simple web-based game is created and developed by a software engineer named Josh Wardle, hence, the name Wordle. Wordle was the number one trending search term on Google in 2022, and the game was eventually acquired by New York Times in February this year.

This game revolves around guessing a five-letter word and you have six chances to do so. To make it easy for players, the game will highlight an alphabet in green colour if the alphabet is in the right place. Similarly, it turns yellow if that character is in the word. Lastly, the letter will be shown in grey colour if it does not belong, which makes it easy to guess with each passing try.

No doubt, solving the daily Wordle became a ritual for many folks. And each morning, many would share their results on Twitter to show the world how they had fared at this game.

Twitter was the go-to place for trending topics, but in 2022 it became a trending topic when Elon Musk bought the platform. Drama has ensued since the deal was first announced in April. Obviously, Musk has made changes such as revamping the whole blue tick concept to firing half of Twitter’s workforce.

Elon Musk did make a grand entry into Twitter’s headquarters with an actual sink and shared it with the caption “let that sink in” on Twitter. So far, he continues to make changes, and the Twitter saga continues.

2022 is the year when 5G became a reality in India, well for some smartphone users. Jio and Airtel are now providing 5G networks in major cities in India with up to 1Gbps download speed. Besides offering high-speed internet, 5G also delivers a low-latency network, which enables online multiplayer gaming with lower input latency. Airtel offers NSA (non-standalone) based 5G network in India while Jio offers SA (standalone) and the company calls it “True 5G.” Telcos like Vi and BSNL are expected to upgrade their wireless network to 5G in 2023. The next generation of mobile networks is expected to grow further in 2023.

While 2021 was a great year for Crypto and NFT enthusiasts, 2022 remains a year that no cryptocurrency investor or even a miner would want to remember. The year saw a massive crash in the prices of most cryptocurrencies. There was the Terra-Luna collapse, which the market even more volatile. But the worst was when the cryptocurrency platform FTX went bankrupt. The FTX scam was the worst thing to take place in an already struggling market. On top of that, Ethereum also switched from proof of work to proof of stake, which is a huge blow for crypto miners, especially those who recently invested a lot of money into GPUs and crypto mining rigs.

Within a few days of the beta launch, ChatGPT gained over a million users. ChatGPT 3.5 is the latest version, and the company is likely to introduce ChatGPT 4in 2023 with support for up to 1 trillion parameters, which could open newer horizons.