Markets down globally, software stocks in the red 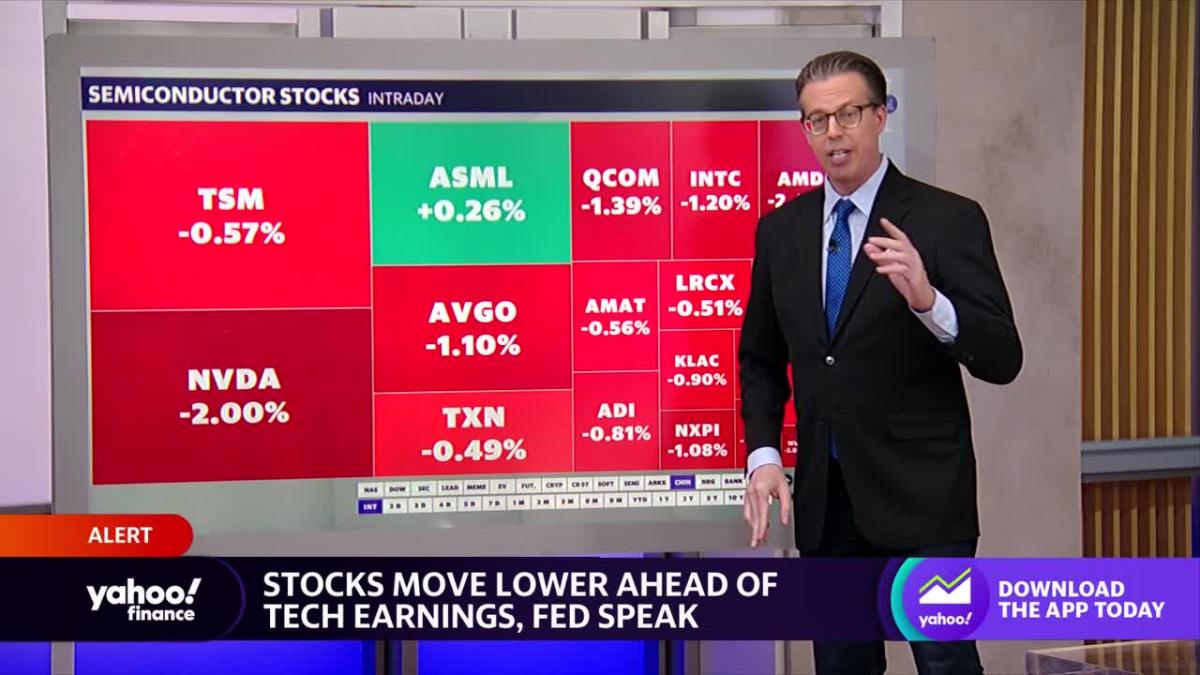 Yahoo Finance Live’s Jared Blikre breaks down how stocks are moving after the opening bell.

JARED BLIKRE: Yes, more red on the screen throughout the world, by the way. And this is the second day of losses for US stocks. And that was after seven days of gains in the NASDAQ and four in the Dow. So a little bit of a down streak this week.

Dow off half a percent. Basically everything there, all the majors in the Russell 2000 down by half a percent. Let’s look inside the market. Here’s the NASDAQ. There we go, a little bit of population there. Mostly red. And not a big surprise.

So let’s focus on the green. Seeing some movement in China. Pinduoduo one of the best performers over the last three months, period. That is up 2%. Seeing some software names like Adobe, O’Reilly, those are in the green.

So let’s check up what’s going on with software because we’ve seen software versus chips. That’s kind of the perennial debate. And chips much more cyclical. We’ve seen them take off over the last, I’d say, basically since the beginning of December. But not seeing a lot of green today.

I mentioned Pinduoduo, a Chinese stock before. Kind of the Amazon over there or at least one of them. And we can see a lot of green. China has been moving independently of US stocks, as we know, for at least the last six, maybe nine months.

And let’s just take a look at the sector action and get a macro view on what’s happening here. So health care, almost break even, as is health– utilities and energy. Real estate the first decliner. That’s only 18 basis points to the downside. Financials, the biggest loser here. We’ll take a look at that in a second. Tech, discretionary, industrials, not seeing a huge number of movers here.

Just gonna check– take a quick check of our leaders in Sentiment. KWEB is that Chinese ETF. We already looked at that board. EWY is Korea. EEM, emerging markets. So kind of a theme there. To the downside are components and meme. Those are taking it to the biggest to the downside. I did promise a look at the bank screen. There you go, more red.