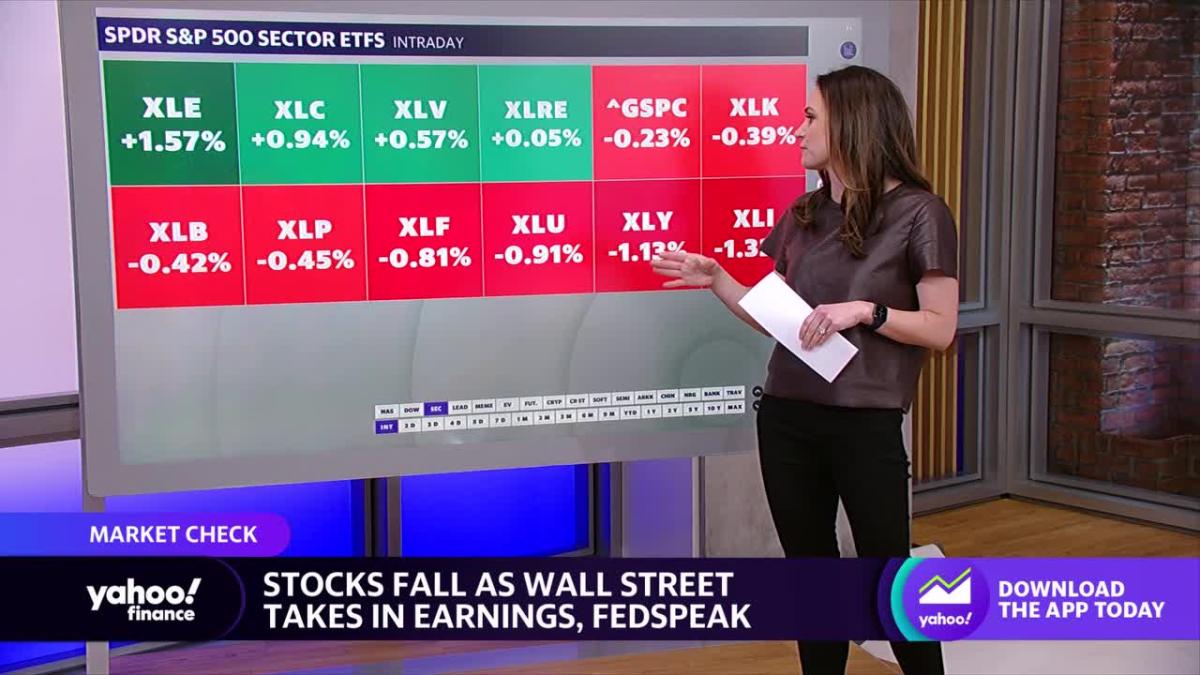 Yahoo Finance’s Seana Smith looks at why stocks are declining in the final hour of trading on Thursday.

SEANA SMITH: Because once again, we are looking at losses. The Dow now off 111 points. We’re looking at the S&P off nearly 3/10 of a percent. The NASDAQ 100 is also in the red this afternoon, off a nearly a half of a percent. Taking a look at how we have traded over the past three trading days in this holiday shortened week, we’re looking at losses for the NASDAQ 100 of just over 1 and 1/2%. Taking a look at the Dow, Dow is also in the red for the week, off over 3%. S&P same story there, off about 2% since the start of the week.

Taking a look at some of the individual movers today, we got the jobless claims number out this morning. Also some hawkish comments from Fed officials that’s prompting the bit of selling that we are seeing today. But in terms of what is bucking that trend and leading today’s market action, we’re looking at energy up another 1 and 1/2% today. Communication services also among the outperformers today. Consumer discretionary and industrials lagging behind.

Taking a look at some of the tech names, as there is a bit of a hesitancy out there in the market right now that the Fed is going to remain more hawkish and keep rates higher for longer in the midst of this environment right now, we’re seeing a number of the tech names under pressure. Amazon off just over 1% today. And taking a look at some of the bank names, a lot of red on your screen, once again, JP Morgan, Wells Fargo, Bank of America. Morgan Stanley the worst performer of the bunch, off just over 2% today.

And quickly taking a look at the travel names, we got an update from Norwegian, a disappointing update there from that company. And that really put pressure on Norwegian stock. You’re looking at Norwegian off nearly 4%. And that’s taking some of its competitors with it. Royal Caribbean off just over 1%. Carnival off over 2% today, Dave.