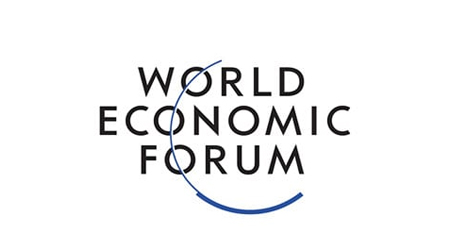 World Economic Forum (WEF) founder and executive chairperson, Professor Klaus Schwab invited the Philippines on Tuesday to join a technology center that the WEF is establishing.

The center, Schwab said, is geared at working and sharing the newest technologies that could help countries develop economically.

During a meeting with President Ferdinand Marcos Jr. in Davos, Switzerland, Schwab said there is a lot of excitement and engagement in the forum and the WEF wants to reinforce cooperation by putting up a center for joint cooperation on new technologies.

The organization now has several service centers working on the newest technologies like artificial intelligence, according to Schwab.

“And the idea is to share their own experience. It’s always in support of technology,” Schwab said as he cited India as an example where WEF looks at the application of the newest technologies to increase agricultural activity.

The organization also has a center in San Francisco that looks into crypto and blockchain, the WEF founder explained.

Schwab told President Marcos that the WEF will invite the Philippines to have a presence when the organization inaugurates the platform.

The President said that he would task the Department of Information and Communications Technology (DICT) to engage with the WEF as it hands over materials to the Philippines as a starting point.

House Speaker Ferdinand Martin G. Romualdez on Thursday meanwhile said the House of Representatives will work for the speedy passage of measures to ramp up digitalization that President Marcos highlighted in the WEF.

President Marcos is in Davos to showcase the success story of the Philippines and his government’s aggressive development agenda to attract more foreign investments into the country.

In his opening remarks at the Country Strategy Dialogue on Tuesday, President Marcos stressed the importance of digitalization as a key driver for the long-term development and economic transformation of the Philippines to the post-pandemic global economy.

“The House of Representatives remains committed to pass the priority legislations of President Marcos, including measures for digitalization in both government and private transactions that would bolster efficiency, productivity, and security,” Romualdez said.

Romualdez is part of the official delegation of President Marcos to the WEF.

“Establishment of the framework for digital transformation will undoubtedly help to enhance the prospect of the Philippines as an investment hub that President Marcos has successfully built up in Davos,” he added.

“Upon the resumption of the session, among the top priorities of the House is the passage of the E-Government and E-Governance Act, which would help accelerate our digital transformation to fuel growth momentum,” Romualdez said.

In his one-on-one dialogue with WEF President Borge Brende, President Marcos pointed out the immense potential of digitalization to boost economic growth.

President Marcos’ digital transformation agenda also received another boost as WEF founder and executive chairman Professor Klaus Schwab invited the Philippines Tuesday to join a center the WEF is establishing, which is geared at working and sharing the newest technologies that could help countries develop economically.