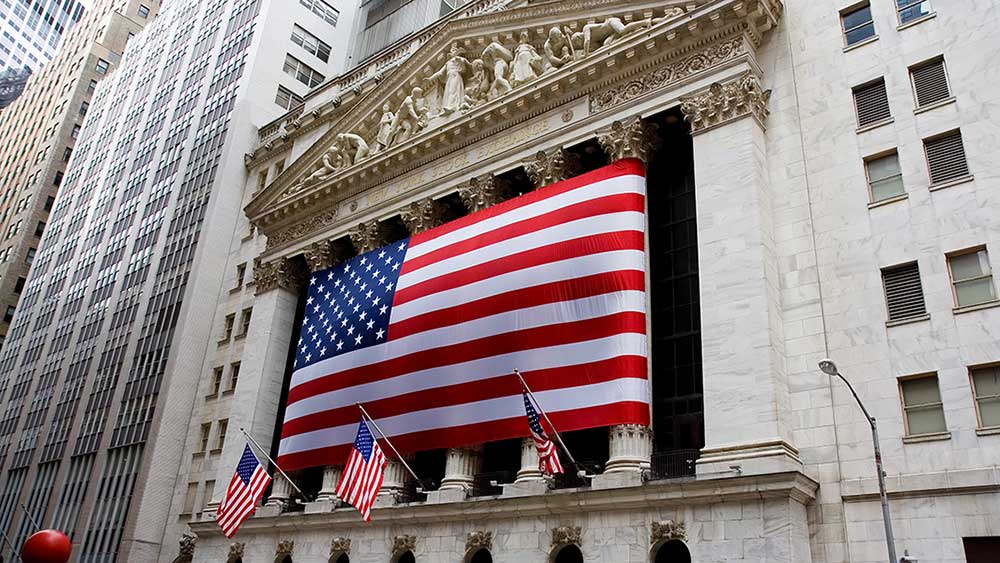 The National Association of Realtors releases existing home sales at 10 a.m. ET. Sales in December are expected to contract further to 3.97 million annualized vs. November’s 4.09 million, according to Econoday estimates.

Regeneron Pharmaceuticals (REGN) rose around 1% after a JPMorgan upgrade from neutral to overweight, with an 850 price target. Dow Jones stock Salesforce (CRM) fell 0.5% after Cowen downgraded the stock from outperform to market perform, with a lowered price target of 160. Google-parent Alphabet (GOOGL) jumped more than 2.5% after the company said it will lay off 12,000 workers.

IBD Leaderboard stock Fluor (FLR), recent IBD Stock Of The Day Medpace (MEDP), Monster Beverage (MNST) and Vertex Pharmaceuticals (VRTX) — as well as Dow Jones names Caterpillar (CAT), Chevron (CVX) and Visa (V) — are among the top stocks to buy and watch with the market testing the strength of a new rally.

Fluor and Medpace are IBD Leaderboard stocks. Vertex was IBD’s Stock Of The Day on Wednesday. Visa was featured in this week’s Stocks Near A Buy Zone column.

After Friday’s opening bell, the Dow Jones Industrial Average moved down 0.1%, while the S&P 500 moved up 0.2%. And the tech-heavy Nasdaq composite climbed 0.6%, with Netflix and Alphabet leading the gainers.

The Shanghai Composite closed 0.7% higher, giving it a 4.7% gain for the month heading into its weeklong Lunar New Year holiday. Hong Kong’s Hang Seng Index surged 2.3%, putting its year-to-date gain at 9.7%. The Hong Kong Stock Exchange is closed through Wednesday.

The 10-year U.S. Treasury yield rose to 3.46% Friday morning, continuing to rebound after a tumble two days ago where it hit its lowest level since mid-September.

On Thursday, the Dow Jones Industrial Average declined 0.8%, and the S&P 500 also lost 0.8%. The Nasdaq composite sold off 1%. Both the S&P 500 and Nasdaq closed back below their recently reclaimed 50-day moving averages. The small-cap Russell 2000 dropped 1%.

Thursday’s The Big Picture column commented, “Volume fell on the Nasdaq and appeared to be lower on the NYSE vs. the prior session. Lower volume means the Nasdaq and S&P 500 avoided another distribution day. Remember, investors should be wary of a clustering of distribution days, which is a bearish indicator that represents institutional selling.”

Now is an important time to read IBD’s The Big Picture column amid the ongoing stock market rally.

Three straight days of losses put Caterpillar back in buy range above a flat base’s 239.95 buy point. Look for the stock to find support before considering a purchase. CAT stock traded down a fraction Friday.

Energy giant Chevron continues to fight to stay above its 50-day line amid back-and-forth action this week, as it remains below a flat base’s 189.78 buy point, according to IBD MarketSmith pattern recognition. Chevron’s fourth-quarter earnings are due Jan 27. CVX shares inched lower Friday.

CVX stock shows a solid 94 out of a perfect 99 IBD Composite Rating, per the IBD Stock Checkup. The Composite Rating is designed to help investors easily find top growth stocks.

IBD Leaderboard stock Fluor is trying to break out past a flat base’s 36.16 buy point, but shares fell further below their buy point after this week’s losses. If shares retake that entry, the 5% buy area tops out at 37.97. FLR stock was up 1% early Friday.

Backstory: Fluor manages big infrastructure projects in the oil and gas, chemical, mining and transport industries. This is an earnings turnaround play. A poor EPS Rating reflects net losses in 2019 and 2020 and a dip in profit expected in 2022 to 86 cents a share. Analysts, however, see earnings vaulting 95% next year to $1.68 a share.

Medpace dropped 1.5% Thursday, ending a three-day win streak. Shares are just 3% away from a consolidation’s 235.82 buy point. Last week, shares moved above an early entry at 220.09. The company’s earnings results are expected on Feb. 13. Medpace shares were up 0.7% early Friday.

Backstory: Medpace is a clinical contract resource organization, or CRO. It helps drugmakers run the clinical studies needed to gain approval for new medicines. In the third quarter, the company issued a bullish outlook for 2023, calling for 18% sales growth at the midpoint of its guidance.

Monster Beverage is fighting for support around its 50-day line amid Thursday’s 0.9% fall. Shares are tracing a flat base with a 104.75 buy point. MNST stock was down 0.6% Friday.

Monster dominates energy drinks in the U.S. and claimed a 39% market share last year, according to Jefferies data, resulting in a record $5.5 billion in revenue for the company. Red Bull accounted for 37% of the American energy drink market in 2021. Upstart Celsius (CELH), which is on an impressive growth streak, claimed 4.9% of the market.

Wednesday’s IBD Stock Of The Day, Vertex Pharmaceuticals, is approaching a 324.85 buy point in a flat base after bullishly retaking its 50-day line this week. VRTX stock was up 0.3% Friday.

Backstory: The company is well-known for its cystic fibrosis treatments — a market that Vertex estimates at 88,000 patients. Of those, there are still 20,000 patients who could receive its old-school oral treatments. But analysts are watching for what’s new from Vertex, including an updated regimen of three drugs that could strengthen Vertex’s position against rival AbbVie (ABBV).

Stocks To Buy And Watch In Stock Market Rally

These are seven top stocks to buy and watch in today’s stock market, including three Dow Jones leaders.

Tesla stock dropped 1.25% Thursday, falling sharply for a second day. Despite their recent rebound, shares remain sharply below their 50- and 200-day lines. In early January, shares hit a 52-week low at 101.81. Tesla stock closed Thursday about 67% off its 52-week high. Tesla earnings are due out Jan. 25.

Shares of the EV giant looked to bounce back from Thursday’s losses, trading up more than 1% Friday morning.

Among Dow Jones stocks, Apple shares inched higher Thursday. The stock remains around 24% off its 52-week high. Apple will report its quarterly earnings on Feb. 2. AAPL stock traded down 0.3% Friday.

Microsoft stock slipped 1.65% Thursday, continuing lower after finding stout resistance at its 50-day line on Wednesday. The software giant is about 27% off its 52-week high. MSFT earnings are due out Jan. 24. Shares traded 1.3% higher early Friday.

Be sure to follow Scott Lehtonen on Twitter at @IBD_SLehtonen for more on growth stocks and the Dow Jones Industrial Average.

MarketSmith: Research, Charts, Data And Coaching All In One Place

How To Research Growth Stocks: Why This IBD Tool Simplifies The Search For Top Stocks