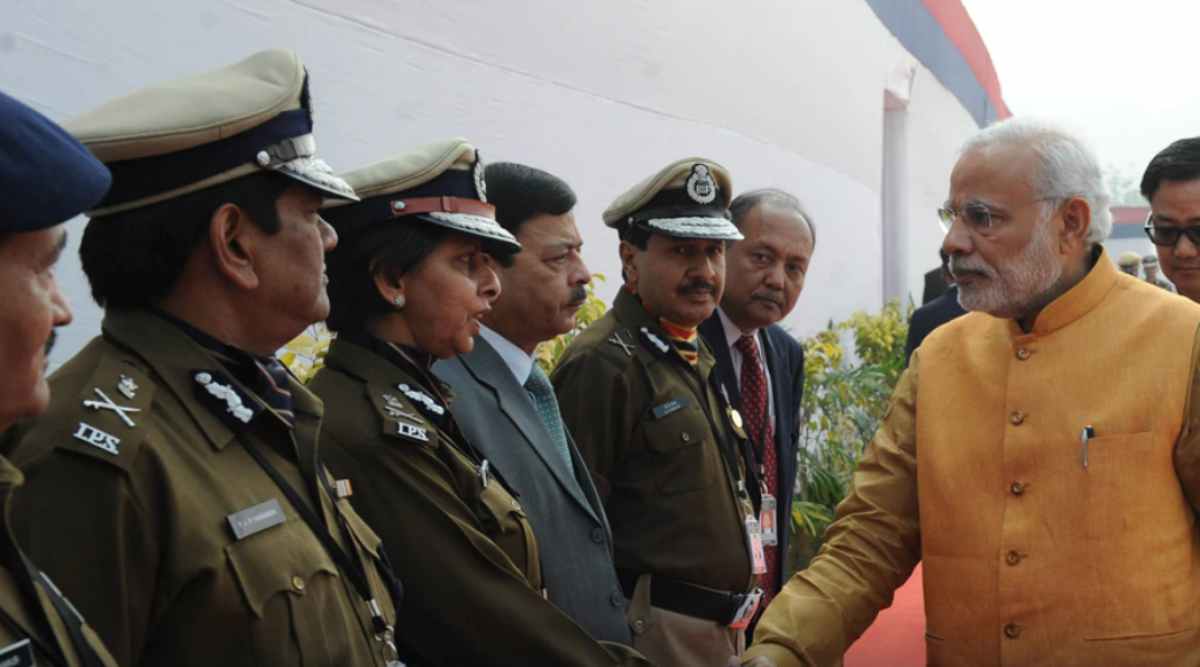 A conference of the Directors General of Police of all the states and union territories is being held in Delhi from January 20 to 22. The conference, according to media reports, will be discussing emerging trends in militancy and hybrid militancy in Jammu and Kashmir, counter-terrorism, cryptocurrency, drug trafficking, radicalisation and other important matters. The Prime Minister will be attending all the sessions of the three-day conference.

This conference, which is an annual feature, is organised by the Intelligence Bureau and its deliberations are presided over by the Director, IB, who is considered primus inter pares among the senior-most police officers of the country.

The subjects covered are comprehensive and embrace the wide spectrum of problems confronting the country. However, there is a serious lacuna. The agenda, year after year, reflects the security-related problems of the country at the macro level. So far so good. But the grass roots problems are seldom taken up or deliberated upon. The strength of a chain, as they say, is determined by its weakest link, and the weakest link today is the police station. Visit any police station and the stark reality hits you. Leaving aside the model police stations and some in the metro cities, the average police station presents a dismal picture — dilapidated building, case property like motorcycles and cars littered all over the compound, no reception room, filthy lockup, ramshackle furniture, police registers kept in clumsy racks, and so on. The staff, overworked and fatigued, is generally unresponsive, if not rude. Resources are meagre. There may be no vehicle at the station or they may have exhausted the petrol quota allotted to them. And if you are lucky to get in touch with a conscientious sub-inspector, some politician may turn up to influence or even bully him to do things differently.

According to the Status of Policing in India Report 2019, police in India work at 77 per cent of their sanctioned strength and these personnel work for 14 hours a day on average. There are 70 police stations which have no wireless, 214 police stations that have no telephone and 240 police stations that have no vehicles. Housing facilities are unsatisfactory. Training of personnel is abysmal; the training institutions have not kept pace with the changing paradigm on the law or crime front and are manned generally by unwanted, demotivated officers. Technology support leaves much to be desired; the criminals are, in fact, way ahead of the police.

And yet, this is the unit which is supposed to respond first in the event of any crime — whether it is chain-snatching, kidnapping, robbery, murder, communal riot, terrorist outrage or any other law and order situation. The police “superman” is supposed to be on duty round the clock and deal with just any situation. He must help the other departments also — an income tax party going for a raid or the municipal authorities carrying out demolitions. The public has no corresponding obligation to help the police. The other day, when an ASI was stabbed to death in Delhi, bystanders were just standing and watching the tamasha.

It is estimated that since Independence, 36,044 police personnel have died in the performance of their duties. The corresponding figure for all the countries of Europe taken together is much less. Let us face the hard fact: Police duties in India are tougher than in any other part of the world, and these are going to get tougher in the days to come.

Terrorist crimes, cybercrimes, drug trafficking, cryptocurrency, etc, are all very important subjects. These must be discussed and strategies planned to tackle them, but if we neglect the police station, it will be like raising a superstructure on the foundations of sand. The police station must be reinforced with adequate staff and its infrastructure upgraded with better transport, communication and forensic facilities.

The agenda for the conference is finalised by officers who are more comfortable floating in the stratosphere of terrorism, the dark web, al Qaeda, Islamic State and other high-voltage crimes/syndicates. Simple matters, which impact on the life and property of the common citizen, tend to get neglected. It is high time that the basics are taken care of. Once the police station becomes an effective unit, inspiring confidence among the people, many other things would automatically fall into place.

The format of these conferences also needs to change. The conference should be divided into two parts — one dealing with “intelligence” matters and the other dealing with “crime and law and order” issues. The DIB should preside over the deliberations on intelligence-related matters and the Director CBI, assisted by one of the senior-most Directors General heading a state police (to be nominated by the MHA), should conduct the proceedings of the conference dealing with crime and law and order matters. The bifurcation is necessary because crime is increasingly becoming more complex and requires specialised treatment.

The Prime Minister, at the Guwahati conference of senior police officers in 2014, enunciated a brilliant concept of SMART Police — a force which would be strict and sensitive, modern and mobile, alert and accountable, reliable and responsive, techno-savvy and trained. If these objectives could be attained, it would mean a sea change in the working of the police and a new dawn for the people of the country. The conference may like to review the progress in bringing about this much-needed transformation in the police.