On the wall in Ruar Street Food, a burger joint in the Sant Antoni neighbourhood of Barcelona, there is a framed drawing of a male hand holding up a middle finger, high and proud. The image captures the defiant mood at a gathering of a couple of dozen men and women in their 20s and 30s, all employed in various corners of the cryptocurrency world.

This industry has plenty of naysayers. But as far as everyone here tonight is concerned, those people can talk to the hand.

Which, given the onslaught of terrible news, goes beyond defiance and tiptoes into the ZIP code of magical thinking. With spectacular losses ($2 trillion in crypto assets, poof!), gruesome bankruptcies (Terra, Luna, Celsius) and fraud charges against the sector’s highest-profile entrepreneur (Sam Bankman-Fried, of the now-kaput FTX exchange), few industries were more brutalised in 2022.

The carnage was not merely financial; the reputation and promise of crypto has been badly tarnished. Once touted as the future of money, a challenge to the world’s central banks, not to mention a clever investment, crypto now carries the odour of disaster. The notion that it could serve as a hedge against inflation took a beating when bitcoin fell more than 60 per cent. Thousands of other tokens sank even lower or effectively vanished.

Despite this, attendees at the Ruar Street meet-up, organized by a crypto community called Web3 Family, are buoyant and ready for whatever 2023 has to offer. Beer flows, crypto-themed T-shirts are raffled off, fries with creamy cheddar and bacon are consumed. There are no hints of anxiety.

It’s clear before the second round lands that the crypto faithful are keeping the faith.

The flock includes Maria Rebelo, a 27-year-old who works for a Canadian company called Ureeqa that helps artists monetize NFTs, aka nonfungible tokens. These are digital assets — photos, music, sports memorabilia, whatever — that are recorded and tracked by blockchain, the virtual ledger that enables all things crypto. She rhapsodised about how blockchain could lead to “a worldwide community, instead of one government per country.” 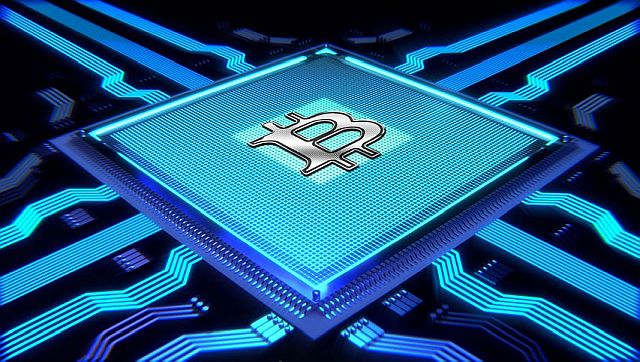 “When we open up the decentralized world, we offer ways for humans to collaborate in ways they never have before,” she said. “That’s human development.”

Interviews in Barcelona and with executives around the world suggest that a year’s worth of fiascos has done little to diminish the enthusiasm of true believers. Many liken this moment to the dot-com crash of 2001, a calamity that wiped out even more wealth — an estimated $5 trillion — and ultimately yielded some blue-chip companies. (“Amazon was down 90 per cent at one point” is a line uttered time and again.)

A variation of that sentiment was offered by Joe Hernandez, who handles fraud detection for a company called Gitcoin, a platform that promises on its website to “build and fund open web together.” He was taking a smoke break on the sidewalk outside of Ruar, wearing a purple-and-white varsity jacket, its back emblazoned with the image of an astronaut playing an arcade game.

He is an American, who happened to be visiting Barcelona. Other digital nomads have settled here, drawn by the city’s beauty and relative affordability and hailing from China, Argentina, Portugal, France, Ukraine and elsewhere.

Many say that crypto is shouldering the blame for the bad actors that it attracts.

Swindlers are going to swindle.

“Every cycle, a bunch of fraudsters come along and a bunch of tokens go to zero,” Hernandez said. “Galling is a pretty good word for it. Because it scares a lot of people away.”

Some of the crypto faithful see an upside to the wipe-out of 2022. To them it was like a four-keg frat party that the cops busted. Those still standing are proud to say that they weren’t distracted by the revelry.

“Now more than ever we’re encouraged that we are doing the right thing by just believing in the fundamentals of crypto,” said Elion Chin, co-creator of Nimiq, an open-source payment system that allows users to hold and spend crypto right from their web browsers. Like thousands of ventures, Nimiq has also issued a coin, which is down 92 per cent from its high in 2021.

Yet none of its 27 “full-time contributors” have left.

“Money is very important, but that’s not necessarily the full and only reward our contributors are getting here,” Chin said on a phone call from Costa Rica. “They’re working with people they enjoy working with, on something they believe can make a difference.”

This is a common refrain. While crypto has been associated with quick riches, good luck finding people who will say they are sticking it out for a payday. Instead, there’s a lot of earnest talk about the ways that blockchain will transform the world — helping to solve climate change, streamlining supply chains, even reshaping work in a way that lets more people find jobs they enjoy. (Because the blockchain can handle all sorts of drudgery.)

There is also lot of talk about agitating to free incarcerated heroes of the cyber world. The crypto catechism has an anti-government, libertarian streak that quickly surfaces over cocktails. Among the giveaways tonight is a T-shirt reading “Free Alex Pertsev,” who is in jail in the Netherlands, facing charges of money laundering. He is the developer of Tornado Cash, a virtual currency mixer that has been sanctioned by the US Treasury. 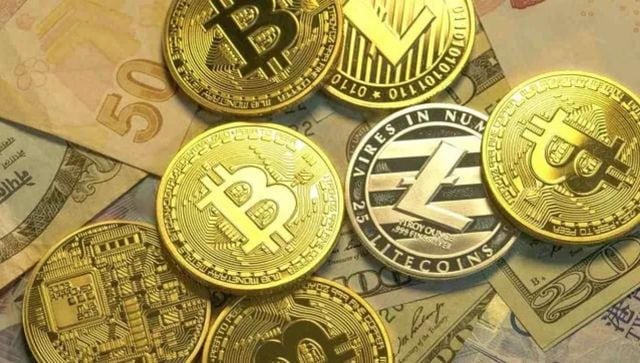 A year’s worth of fiascos has done little to diminish the enthusiasm of true believers. News18

In this crowd only banks are held in greater suspicion than governments. If you think of your bank as nothing more than a dull place to stash money, you have probably never spent much time with crypto evangelists. These institutions stand accused of profiteering, money laundering and keeping tabs on how people spend, which is just the kind of information the government is collecting — in order to track your carbon footprint.

That, at least, is the hunch of a young Italian at the Ruar meet-up, a guy in a smart blue sweater who could pass for a first-year management consultant. He did not want his name in this story, part of a broader ethos of remaining as invisible as possible. He described a future in which governments fine citizens for contributing to climate change, and said there’s no better way to keep tabs on that than through what those citizens spend, something only banks know.

While crypto’s supporters focus on wildly ambitious goals in an imagined future, critics point to debacles that happen all the time. Like the theft of $3 billion worth of crypto last year, as estimated by Chainanalysis. Then there is the discomfiting reality that crypto streamlines life for criminals — human traffickers, drug dealers, ransomware extractors, mobsters and the government of North Korea, which employs hackers who steal crypto all day, every day.

“Terrible things happen in crypto pretty regularly and yet the crypto faithful are very good at separating them from their perceived ideal of crypto,” said Molly White, who runs Web3 Is Going Just Great, a website that chronicles crypto’s tribulations. “If something goes poorly, it’s always some other factor, like poor implementation. Which makes it easy to hold on to your ideological position.”

As White notes, crypto has been around since 2009 and has yet to produce a single product or service that ordinary people use in their daily lives. Just wait, counter the crypto faithful, who contend an epochal breakthrough is around the corner. It’s like a cult leader who has predicted the end of the world on a certain day. When the apocalypse fails to materialise, core tenets are not abandoned. Instead, a new date is named.

That said, crypto’s highly public battering has forced companies to reevaluate their strategies.

There was a time when businesses that weren’t even in the tech sphere reached for crypto magic by adding “blockchain” to their name, which often goosed their stock price. Most famously, the Long Island Iced Tea Corp. became the Long Blockchain Corp., and its stock rose nearly 300 per cent in a day.

Now, the opposite is happening — companies squarely in the crypto sphere are shedding the “b” word. In early January, a bitcoin mining company, Riot Blockchain, became Riot Platforms. In October, Applied Blockchain became Applied Digital. (“We’re broadening our scope,” an executive said in an interview with the Street.) A lot of venture capital firms that once chased crypto projects now will not return calls.

Reinventions are underway. Ziliqa, which long pitched itself as a blockchain platform, is barrelling into the world of online games. In October, it launched Web3War, a first-person shooter, and another eight or nine titles are in the works. Game-related commerce will be handled on the blockchain. But ideally, said Matt Ryan, the CEO, gamers will not notice. 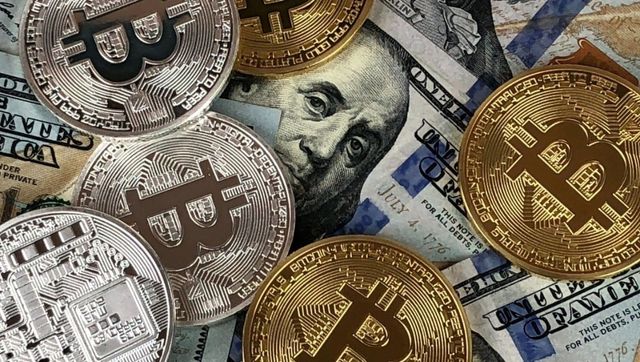 Once touted as the future of money, a challenge to the world’s central banks, not to mention a clever investment, crypto now carries the odour of disaster. News18

“They don’t need to see the blockchain; they just need to know that it works,” he said in a video interview from his home in London.

Calling this venture quixotic doesn’t capture it. Gaming is a mature and crowded market, led by blue-chip corporations such as Sony and Microsoft and dominated by titans including PUBG: Battlegrounds, which has been downloaded more than 1 billion times.

And Web3War? To date, about 5,500 people have signed up. Ryan is undaunted.

Ryan is a born optimist, he acknowledges, and that is true for most of the crypto faithful. This entails not just predicting a great future for blockchain, but ignoring its failures.

In November, the Australian Securities Exchange cancelled plans for a blockchain-based system for clearing trades, incurring a $168 million charge. In November, Danish shipping company Maersk unplugged its blockchain platform. In a statement, it said, “the need for full global industry collaboration has not been achieved.”

These failures do not surprise Lee Reiners, policy director at the Duke Financial Economics Center. Blockchain is essentially a database software, he notes, and not a very popular one. It would never have achieved its devoted following, or attracted billions in venture capital funding, without its connection to crypto. And that, he says, is a tragedy no one has fully reckoned with.

“Imagine if all the money and talent flooding into crypto over the last 10 years had gone into combating climate change or cancer research,” Reiners said. “It’s a tremendous misuse of societal resources, and it’s all because people wanted to make money fast. Despite what they’re saying, what attracted most folks was the perceived opportunity to get rich quick.”

The talent that Reiners thinks has been misallocated begs to differ.

The meet-up at Ruar ended late, with a small group discussing how the pandemic proved that governments could easily control their populations, and the ways that banks chipped in. One attendee mentioned that the account of a customer had been closed for refusing to wear a mask during a visit to a bank. If all goes as planned, that customer will someday have other options.

“From where I’m standing, there’s an opportunity to tell the world that there’s a paradigm-changing positive future that blockchain enables,” said Hernandez of Gitcoin. “But that’s not the story right now.”