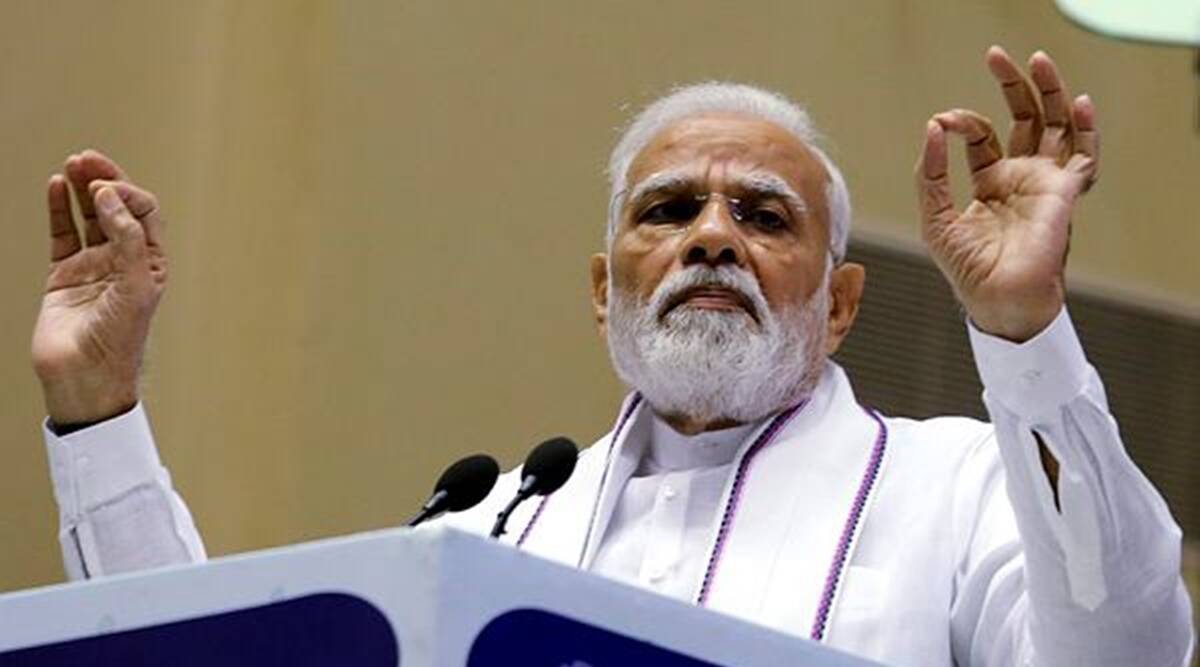 Tackling all radical organisations and taking strict action against overstaying foreigners were two key issues discussed in front of Prime Minister Narendra Modi, who attended the second day of All-India Conference of Director Generals/Inspector Generals of Police being held at the National Agricultural Science Complex in Pusa here, The Indian Express has learnt. PM Modi reached the venue around 9.30 am and left around 7.30 pm. He sat through all major sessions of the conference, said sources.

According to the source, the DGs of intelligence agencies informed that several radical organisations are constantly motivating youth through social media and instigating them to join anti-national activities. They are issuing threats to Indian security forces.

“It was also discussed in the conference that all investigative agencies should be more proactive in taking appropriate legal action against these organisations and they should also issue notification declaring them terrorist organisations under the Unlawful Activities (Prevention) Act (UAPA), so that they would face financial issue in other countries too. The intelligence agencies will then pursue against all these radical organisations with Interpol,” the source said.

Earlier this month, the MHA had declared the People’s Anti-Fascist Front (PAFF), believed to be an affiliate of Pakistani terror group Jaish-e-Mohammad (JeM), and The Resistance Front (TRF), a militant outfit active in Jammu and Kashmir born as an off-shoot of the Lashkar-e-Taiba (LeT), as terrorist organisations.

Stating the success of India in containing the Popular Front of India (PFI) “menace”, Union Home Minister Amit Shah had said on Friday, “All the states cooperated in nabbing the PFI culprits. It shows the power of India’s cooperative federalism and maturity as a democracy where we can be on the same side on issues related to security.”

Sources said some DGs suggested making more detention centres for overstaying foreigners. They were advised to put such foreigners in jails instead of sending them to detention centres as they were committing a crime. “It was also advised to the DGs to make new police stations/posts in all the connecting border country areas from where illegal infiltration is high,” the source said.

Shah had mentioned building capacity in the police force and securing critical infrastructure sectors, apart from adopting a specialised approach to protect digital public goods. He emphasised on better centre and state coordination for addressing challenges such as narcotics smuggling, hawala and urban policing.