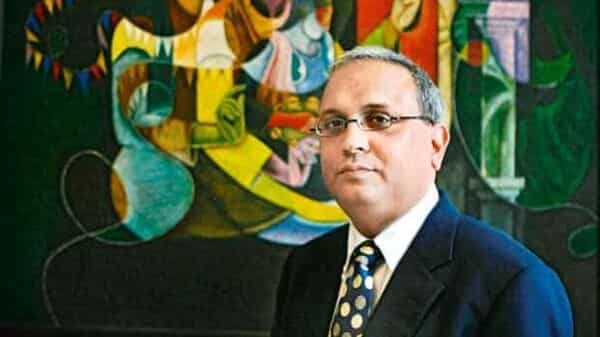 With almost 2 weeks into 2023, more than 30,000 workers lost their jobs globally. Incidentally, this is nearly double the number of people laid of in the entirely of December 2022. A data from Layoffs Tracker has indicated that a total of 30,611 people from 30 companies have been fired in the first six days of January.

Alphabet’s CEO Sundar Pichai in a mail sent to employees announced that Google is likely to eliminate 12,000 jobs. He said that he takes full responsibility for the decisions and further added, “The fact that these changes will impact the lives of Googlers weighs heavily on me. Microsoft Corp too is said to eliminate 10,000 jobs. Amazon.com Inc too have started layoffs as it plans to cut more than 18,000 roles as part of a workforce reduction. The Jeff Bezos-owned company has now surpassed the 11,000 cuts announced last year by Facebook parent Meta Platforms Inc.

Companies including Meta Platforms Inc, Amazon.com, Twitter Inc and Snap Inc have together cut over 97,000 jobs in 2022 as organisations grapple with a slowing economy and shareholder pressures.

However, Samir Arora, founder and fund manager at Helios Capital has defended these ongoing layoffs saying that its a fair trade. Arora has argued that an average employee in tech and finance sectors get paid much more than average employees in other sectors. With this, in return, they have lower visibility of their tenure.

His statement came as a reply to a tweet by Gurmeet Chadha who is the Managing Partner and CIO at Compcircle.

In a tweet, Chadha had said that “Big tech companies have huge cash reserves. CEOs & top management make $50-$100 million each in a year. “Yet on first sign of stress, they layoff people. Leadership is not about playing soccer with staff ,doing philanthropy n doin Ted talks.

It’s about standing with ur own people in tough times!, he wrote.

Average employee in tech and finance sectors also get paid much more than average employees in other sectors. In return, they have lower visibility of their tenure. Fair trade off. https://t.co/WX3ebF1KjO

Not just tech giants, investment bank Goldman Sachs Group is also set to cut thousands of jobs from 11 January across the firm, two sources familiar with the move had told Reuters. This layoffs came as the company prepares for a tough economic environment. Nomura Holdings Inc too has cut 18 Asian banking jobs, most of them China-focused investment roles, after a sharp slowdown in dealmaking activity, according to two sources with direct knowledge of the matter

On 10 January, Coinbase Global Inc. Co-founder and Chief Executive Officer Brian Armstrong announced that the company is firing about 950 employees, or 20 percent of its workforce, as the worsening crypto slump spurs another round of layoffs at the biggest US digital-asset exchange. In a blog post, he said, the steps were needed to weather the industry downturn. In June, Coinbase announced it would lay off 18 percent of its workforce, the equivalent of roughly 1,200 employees. It eliminated another 60 positions in November. It will now shut down several projects.

Leading crypto exchange Huobi is also looking to layoff around 20 percent of its workforce. Meanwhile real estate brokerage Compass Inc. has also announced further layoffs – its third such round in recent days.

With surging layoffs, some companies have also ensured that tthere will be no cuts in the company. Ride hailing service company Uber’s chief executive Dara Khosrowshahi in Davos said that he was not currently planning any company-wide layoffs. Surging firings by technology companies last year are disproportionately affecting women and mid-career talent which may make it more difficult to improve diversity in one of the most sought-after industries, according to data from a research firm. As per Reuters report, JPMorgan’s Chief Financial Officer Jeremy Barnum has said the bank is still hiring and “in growth mode.”

Bank of America (BofA) also continues to hire, particularly in wealth management, while also remaining disciplined on its expenses, Chief Financial Officer Alastair Borthwick told reporters. “We don’t have any plans for mass layoffs,” he said. Citigroup Inc’s CFO Mark Mason also said at an earnings briefing that “we’re actively hiring to execute against our strategy.”

In recent years, U.S. tech majors have stepped up hiring and made diversity, equity and inclusion (DEI) a priority. But as the industry grapples with over-hiring since mid-2020, rising interest rates and changes in business and consumer behavior, tech companies have announced deep cuts, risking their diversity efforts.

(With inputs from Reuters, Bloomberg)