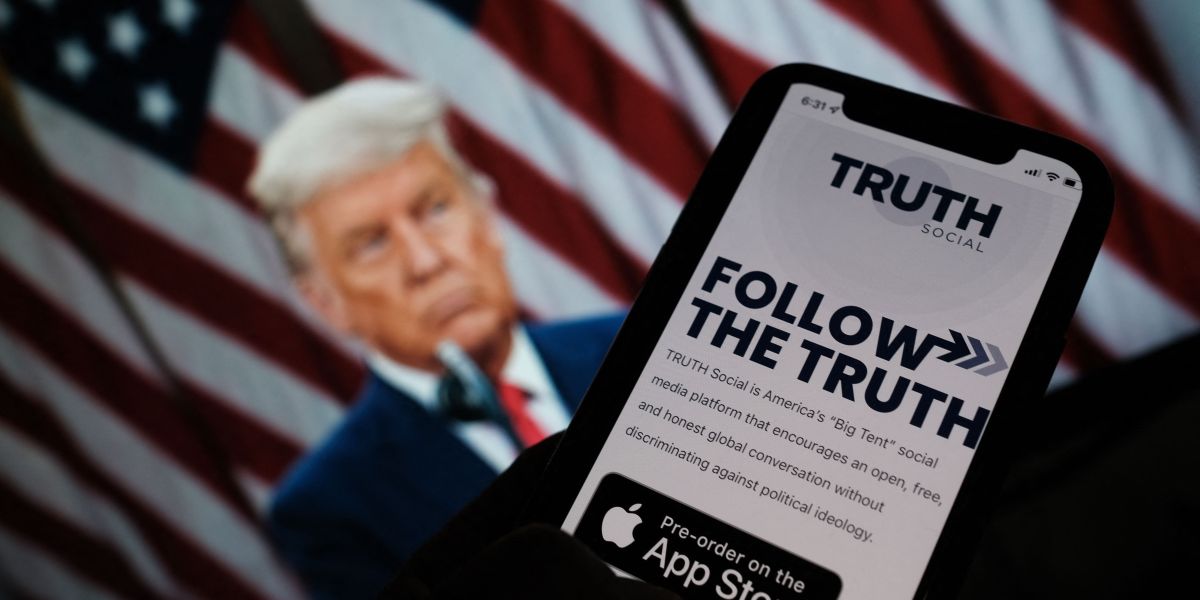 Before diving into today’s essay on Truth Social and the perils of personality-driven tech, we had some breaking news this morning: Microsoft is officially extending its investment in OpenAI, with Bloomberg reporting that the deal totals $10 billion.

As expected, the investment will give OpenAI more runway to build out its incredibly expensive machine learning and artificial intelligence technology, which Microsoft plans to incorporate throughout its suite of products.

Follow Fortune.com throughout the day for the latest updates on this anticipated development, which our Jessica Mathews and Jeremy Kahn explored in great detail earlier this month.

In the newspaper business, it’s common for the largest dailies to pre-write “advance obituaries” in anticipation of a VIP’s death.

Tech writers might as well start drafting one for Truth Social.

First, NBC News reported on Wednesday that the Trump campaign has formally petitioned Meta to reinstate The Donald’s Facebook account, which the company suspended in the immediate aftermath of the January 2021 attack on the U.S. Capitol. Meta officials have said they’re planning to announce a reinstatement decision “in the coming weeks.”

Second, Rolling Stone reported Sunday that Trump has told several confidants that he doesn’t want to renew his exclusivity agreement with Truth Social, according to two sources familiar with the matter. The agreement stipulates that Trump is “generally obligated to make any social media post on TruthSocial and may not make the same post on another social media site for 6 hours.”

Trump’s wandering eye signals an all-but-assured end of Truth Social, which never built on its promise of a GOP gathering space centered around Trump’s outsized persona. Despite a modest launch in February 2022, Truth Social currently ranks as the 102nd-most downloaded free social media app in the App Store, sandwiched between something called Purp and the dating app Cougar (which is exactly what it sounds like).

For Trump, Truth Social always seemed like something of a half-hearted lark aimed at taking revenge on tech executives who blocked, suspended, and otherwise ostracized him. He was bewilderingly absent from Truth Social for its first two months of existence, a rare case of the showman skipping out on the circus. Moreover, he never weaponized the platform as a tool in the right’s war on Big Tech, as I argued he might last year.

But the Truth Social flop also serves as an occasional reminder that personality simply can’t trump technology. While we often lionize our most famous moguls, their accomplishments in tech are rarely built around a cult of character.

Steve Jobs became renowned for his black turtlenecks and greatest-show-in-tech product reveals, but the company’s success under lower-key Tim Cook underlines that the iPhones and computers were always the star of the show. Elon Musk has taken Trump’s mantle as America’s most famous demigod/villain, depending on your political persuasion and tolerance for ego, yet the futures of Tesla and Twitter will be defined by innovation in their respective sectors.

The biggest recent developments in the industry, by contrast, trace back to advances in new technology. TikTok became a global phenomenon because of its video-centric platform and scary-good algorithm. Generative A.I. emerged from enormous investments in machine learning. Augmented and virtual reality required billions of dollars in R&D—and they’re still years away from going mainstream.

Meanwhile, the money and minds behind Truth Social never offered anything more than a lame Twitter knockoff branded with the Trump name. The 45th president remains a modern marvel of political prowess (albeit a diminishing one), but the traits that elevated him to the White House just don’t sell the same in Silicon Valley.

Want to send thoughts or suggestions to Data Sheet? Drop me a line here.

Yet another shuffle. Spotify became the latest tech company to announce layoff plans, disclosing Monday that it plans to trim its workforce by 6%, Bloomberg reported. The music streaming outfit’s CEO, Daniel Ek, told employees that he was “too ambitious in investing ahead of our revenue growth,” echoing recent comments by the leaders of Alphabet, Microsoft, and Salesforce, among others. Spotify shares rose 4% in midday trading Monday.

Seeking new quarters. A high-ranking Indian government official said Apple’s plans for reducing its reliance on China include manufacturing up to 25% of iPhones in his country, CNBC reported Monday. India’s minister of commerce and industry, Piyush Goyal, said Apple and its contractors currently assemble 5% to 7% of iPhones in India, with the goal of expanding in the coming years. Apple declined to comment on Goyal’s statement, though the company has been slowly shifting some production to India, Vietnam, and other Asian nations.

Still not on the docket. The Supreme Court asked the Biden administration to weigh in on the constitutionality of two state laws limiting social media content moderation, a move that effectively pushes any potential ruling by the justices to 2024 at the earliest, the New York Times reported Monday. The court asked federal officials for their opinion on laws passed in the past two years by the Republican-led legislatures in Florida and Texas, which aimed to curb censorship of political content. The justices have not agreed to hear appeals related to the Florida and Texas laws, though they could take up the matter in late 2023 or early 2024.

Getting ready to rumble? Activist hedge fund Elliott Investment Management has taken a multibillion-dollar stake in Salesforce, raising the possibility of further shake-ups at the enterprise software company, Bloomberg reported. Elliott officials said they looked forward to working with Salesforce to “realize the value befitting a company of its statute.” Salesforce has drawn increasing interest from activist investors amid an underwhelming integration of Slack and the departure of multiple executives, including co-CEO Bret Taylor.

On borrowed time. The promise of cryptocurrency lenders serving as a modern-day digital bank has come to naught. Last week’s bankruptcy filing by Genesis Global Capital marked yet another failure in the once-hot crypto lending space, where organizations tried to profit off loans tied to individual investors and institutional funds. Four of the sector’s biggest names—Genesis, Celsius Network, Voyager Digital, and BlockFi—have filed for bankruptcy since July 2022 after taking on various levels of lending risk. Their demise exposed the unfulfilled promise of high returns and the lack of protections afforded to investors when crypto values sink.

Fundamentally, crypto lenders have the same business model as banks. But traditional banks are subject to a web of regulations including capital requirements, bank examiners who review the quality of loans, and a backstop from the Federal Deposit Insurance Corp. to ensure that small depositors are kept whole in the case of a bank failure. Crypto lenders don’t have such protections.

The rash of failures showed how interconnected the crypto lenders were, allowing market shocks to ripple through one lender to the next.

IN CASE YOU MISSED IT

Amazon is trying to fill hundreds of open jobs even as it lays off 18,000 workers. Here are some of the teams where Amazon is still hiring, by Andrea Guzman

ChatGPT passed a Wharton MBA exam and it’s still in its infancy. One professor is sounding the alarm, by Steve Mollman

Big tech is crowing about A.I. as it lays off tens of thousands of workers, by Steve Mollman

Tech layoffs are piling up as the industry’s years-long hiring spree goes into reverse, by the Associated Press

TSA’s no-fly list was exposed by a hacker who found it when she was ‘bored’, by Alice Hearing

Zombies, fire sales, and scrappiness: Here’s what venture capitalists can expect in their ‘year of the dragon’, by Maelle Gavet

Viva la federal pen? A planned trip to Mexico is coming back to haunt Elizabeth Holmes. Federal prosecutors argued last week that the Theranos founder, who was sentenced to 11 years in prison on fraud-related charges in November 2022, would be a flight risk if she’s allowed to remain free on bond while appealing her conviction, the Associated Press reported Saturday. As evidence, prosecutors cited Holmes’ purchase of a one-way ticket to Mexico that was scheduled to depart in late January 2022, three weeks after she was convicted. Holmes’ lawyers said their client booked the flight before her conviction and did not plan to board the plane, noting that she had to surrender her passport following the verdict. A hearing is set for mid-March to determine whether Holmes can remain out on bond pending her appeal. She’s tentatively scheduled to report to prison in late April.