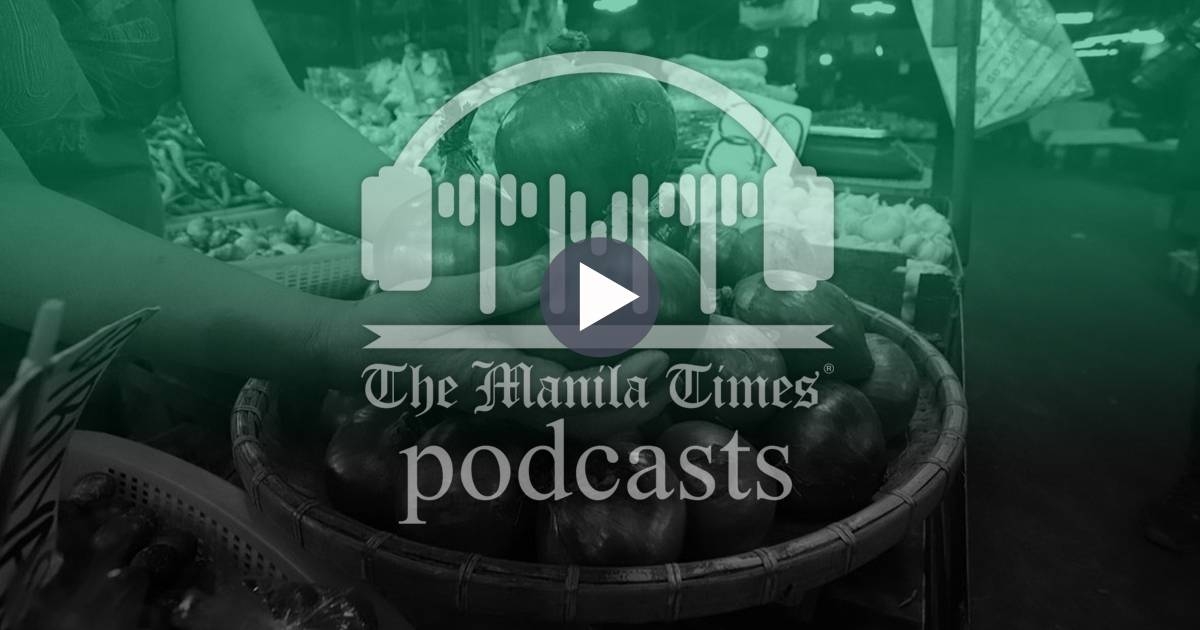 Good day. Here are the stories for The Manila Times for Thursday, January 26, 2023.

THE Department of Agriculture (DA) has started to flood public markets with onions, but the retail prices of the bulbs remain high. The Bureau of Plant Industry (BPI) said that at least 600 metric tons (MT) of imported onions were allowed to be released in the local markets after the bulbs passed the second border inspection. Based on the monitoring of the DA on Wednesday, the retail prices of onions increased. The lowest was P240 per kilo at Mega Q-Mart in Quezon City.

Get the latest news

delivered to your inbox
Sign up for The Manila Times’ daily newsletters
By signing up with an email address, I acknowledge that I have read and agree to the Terms of Service and Privacy Policy.

TWO Philippine Air Force (PAF) pilots died when their SF-260TP Marchetti aircraft crashed in the middle of a rice field in Sitio Tabon in Barangay Del Rosario, Bataan on Wednesday. The PAF is yet to identify the fatalities. It said no civilian casualties were reported in the incident. PAF spokesman Col. Ma. Consuelo Castillo said the aircraft, with tail number 701, with two pilots on board took off at around 10 a.m. at Major Danilo Atienza Air Base in Sangley Point, Cavite City to perform a recurrency/training flight. At around 10:40 a.m. the aircraft was reportedly seen to be descending to a field in Sitio Tabon where it eventually crashed.

READ: IATF to discuss ‘decoupling’ of restrictions next month

THE Inter-Agency Task Force for the Management of Emerging Infectious Diseases (IATF-EID) is set to meet in February to discuss the possible “decoupling” of Covid-19 restrictions from the alert level system. Health department Officer in Charge Maria Rosario Vergeire said the meeting, scheduled tentatively for February 1, has been delayed numerous times because of the unavailability of some government agency representatives. One of the issues to be raised at the IATF meeting is the decoupling of restrictions to the alert level system, which had been proposed by the Department of Health (DoH) to the Office of the President. The decoupling of restrictions would mean that the alert level system will become a “marker” for local government officials to either increase or decrease their vigilance measures depending on the level of infections. Vergeire said that the results of the consultations made by the Department of the Interior and Local Government (DILG) with local government units over the decoupling proposal will also be discussed.

THE Department of Health (DoH) believes that Covid-19 cases in the country have become “manageable” as the disease has been taken off the list of the top causes of death. Data from the Philippine Statistics Authority (PSA) showed that Covid-19 was the 11th leading cause of death nationwide from January to September 2022, with 13,883 fatalities reported. It was the third top killer in the same period in 2021. Health Officer in Charge Maria Rosario Vergeire said that the decrease in the number of deaths meant that the country is now able to manage Covid-19 infections.

CHINESE Ambassador to Manila Huang Xilian on Wednesday said the return of Chinese tourists to the Philippines is one of the “deliverables” of President Ferdinand Marcos Jr.s’ state visit to China. Together with Tourism Secretary Christina Garcia Frasco, Manila International Airport Authority General Manager Cesar Chiong and Xiamen Air staff, Huang on Tuesday welcomed travelers from China at the Ninoy Aquino International Airport.

THE Philippine embassies in Cambodia and Laos on Wednesday reported that they rescued about 200 trafficked Filipinos who were forced to work as cryptocurrency scammers in these countries. This information came out during the Senate Committee on Women hybrid public hearing on the alleged illegal recruitment of Filipinos abroad to work in online gambling and cryptocurrency facilities. Sen. Ana Theresia “Risa” Hontiveros, committee chairman, asked the Philippine mission officials attending the hearing online whether they have recorded cases of Filipinos illegally recruited as currency scammers in their host countries. The committee was investigating “fraud factories” or scam call centers in Southeast Asian countries that are targeting unsuspecting Filipinos to work for them. The Philippine Consul General in Phnom Penh in Cambodia Emma Sarne confirmed that Filipinos are being victimized.

Topping business, farm output contracted by 1.0 percent in the fourth quarter of last year, the Philippine Statistics Authority (PSA) reported on Wednesday, weighing on economic growth and underlining heightened pressures on the sector. The reversal from 0.5-percent growth a year earlier was attributed to declines for crops and fisheries. Full-year production subsequently dropped by 0.1 percent, although this was an improvement from 2021’s 1.7-percent fall. Fourth quarter and 2022 economic growth is expected to have been limited by the result. Analysts expect the government to announce a slowdown today but gross domestic product growth overall has been forecast to hit, if not exceed, official targets.

In sports, opening day winners Meralco and Converge shoot for a share of the early lead in the team standings when they take on NorthPort and Terrafirma, respectively, in the 2022-23 PBA Governors’ Cup today, January 26, at the PhilSports Arena in Pasig City. The Bolts kicked off the conference with a 105-87 rough-housing of the Rain or Shine Elasto Painters. Returning import KJ McDaniels led Meralco with 27 points and 23 rebounds, while Chris Banchero and Allein Maliksi added 17 and 16 points, respectively. In contrast, NorthPort started its campaign on the wrong foot after suffering a 122-92 beating at the hands of Converge Sunday night, spoiling the coaching debut of Bonnie Tan. Both squads collide at 6:45 p.m.

Today’s editorial believes the net metering program should be greatly expanded. Read the full version in the paper’s opinion section or listen to the Voice of the Times.

READ: The Times to hold forum on energy security

For The Manila Times, this is Kim Luden Salinas reporting.