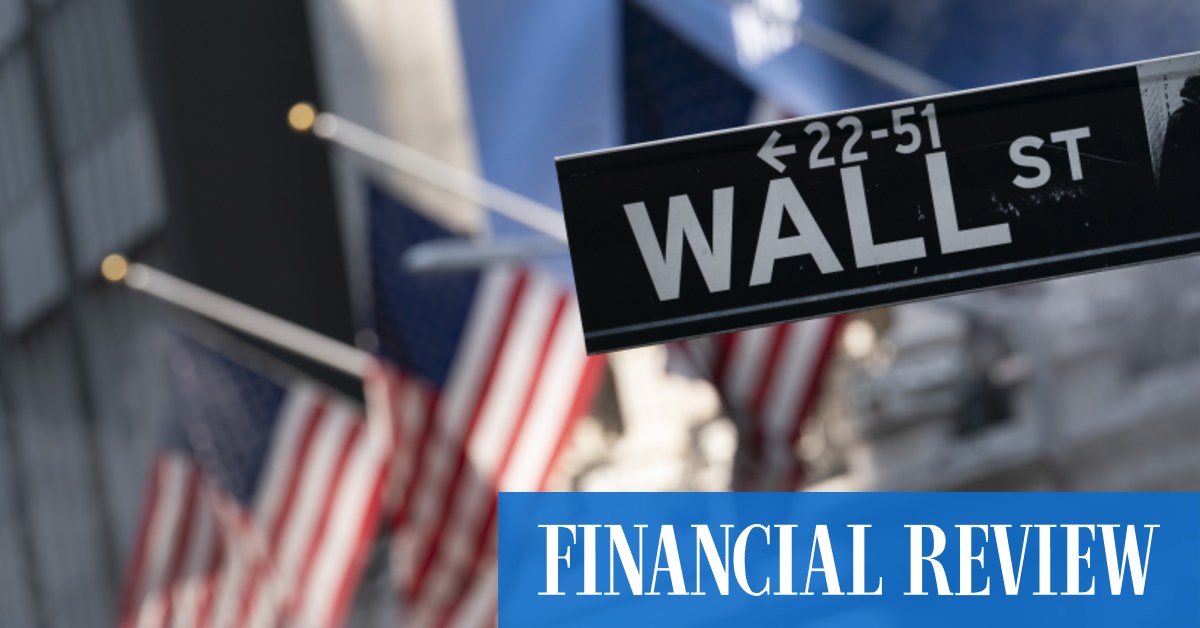 The local currency was 0.9 per cent higher, topping US71¢; the Bloomberg dollar spot index slipped 0.3 per cent.

Overnight, the Bank of Canada lifted its key rate by 0.25 per cent to 4.50 per cent, as expected. Unexpectedly, policymakers signalled rates may have peaked.

Honours recipient Penn calls for debate on Voice and Australia Day The former Telstra boss and other prominent figures who received Australia Day honours say there should be a meaningful debate about Indigenous opposition to January 26.

Indigenous Voice ‘only solution left’ for Alice Springs crisis Pat Anderson co-wrote a landmark report on Aboriginal child abuse. She says years of neglect has led to the current crisis and the Indigenous Voice to parliament is the way forward.

New home sales slump as buyers dump contracts Sales of newly-built and existing homes plummeted in the past three months as demand dried out.

Levi Strauss & Co reported quarterly revenue that exceeded expectations, suggesting fears of a denim slowdown were overblown amid strong momentum in the direct-to-consumer business and improving trends in Europe.

International Business Machines delivered an upbeat annual sales forecast while announcing it would eliminate about 1.5 per cent of its global workforce, following similar job cuts the past few months by many of its technology peers.

The reductions will amount to a “ballpark” figure of 3900, chief financial officer James Kavanaugh said.

Fox News and former top executive Bill Shine were sued by a onetime booker for the network who says she was subjected to decades of abuse by ex-chairman Roger Ailes and blackmailed to secure her silence.

The lawsuit was filed on Wednesday by Laura Luhn in New York state court under the state’s Adult Survivors Act.

Boeing is studying whether an innovative plane it’s developing with NASA could find a home in its lineup next decade, the company’s top executive said, offering a tantalising glimpse into its product strategy.

Later this decade, the US planemaker plans to fly a full-scale prototype of the single-aisle jet, whose size could make it an eventual successor to the 737 Max. Boeing and NASA have been working on a concept for nearly 15 years that reduces drag — and fuel burn — with extra-long, thin wings that are stabilised by diagonal struts attached to the bottom of the plane’s fuselage.

Copper production in Chile, the world’s largest producer of the red metal, will grow at a slower rate this decade than previously hoped, a government report seen by Reuters showed, with peak output later and lower than estimated a year ago.

Likely output of the red metal will peak at some 7.14 million tonnes in 2030, two years later than anticipated as delays hit mining projects in the Andean nation, according to an unpublished report from regulator Cochilco obtained by Reuters.

That is well below the 7.62 million-tonne 2028 peak the regulator had estimated in its decade outlook a year ago.

“Lots of important projects in the next decade haven’t advanced in engineering or environmental baselines during the pandemic,” the report said, adding that its outlook was “quite lower than projections made in previous years.”

Production snarls in Chile could prop up the global price of the metal, which has soared since 2020 past $US9000 per tonne. Also, protests in neighbouring Peru have curbed production in major mines at the world’s No. 2 copper producing country.