Which tech companies have laid off the most people? 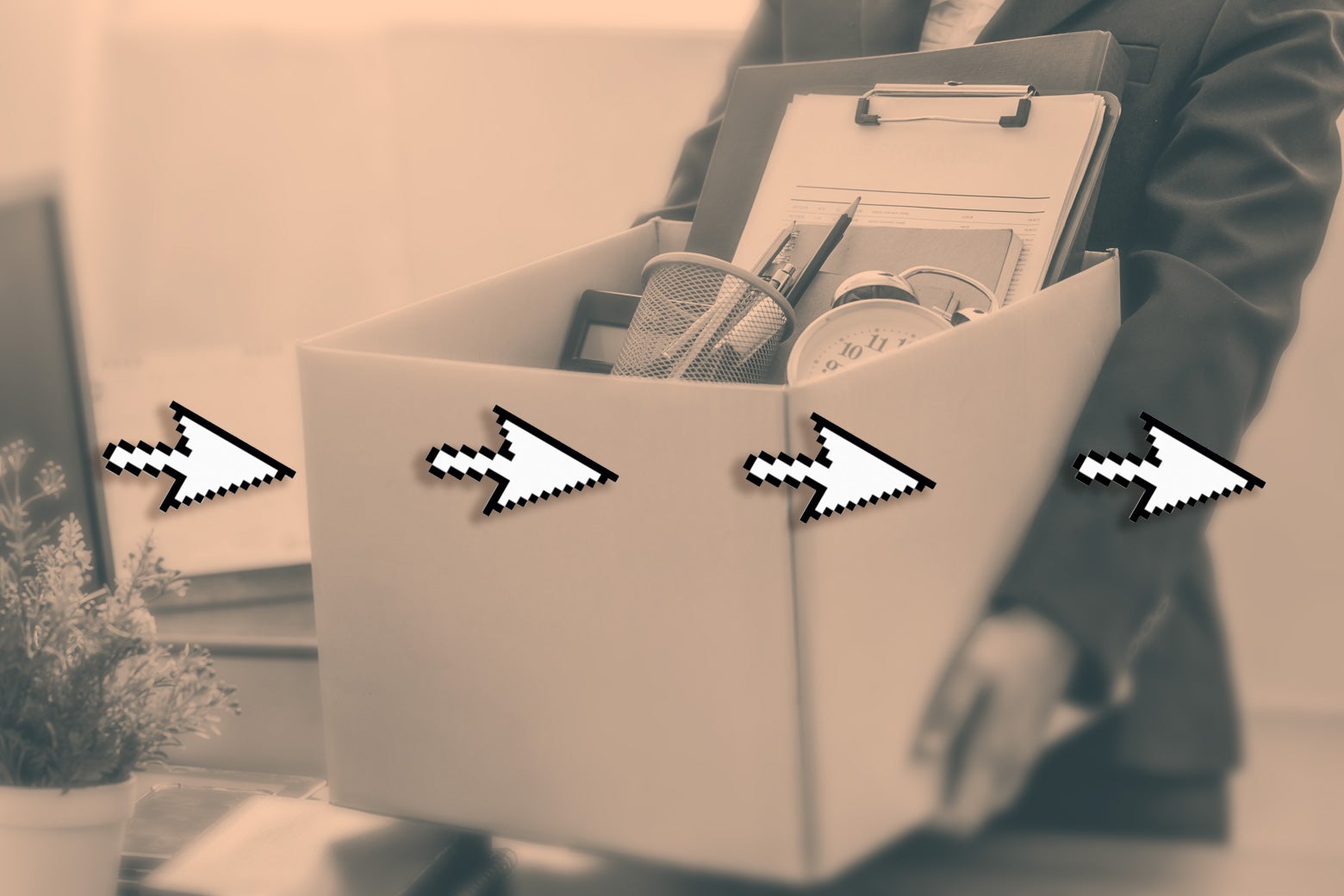 “We are here to make limbo tolerable, to ferry wounded souls across the river of dread,” says George Clooney’s character in the 2009 movie Up in the Air, a tragicomedy about the delicately brutal art of laying people off. Alas, thousands of Googlers found themselves on Friday, Jan. 20, in a river of outright destruction.

Instead of a gentle face-to-face, they got the bad news via email. One Googler learned he’d lost his job of 17 years when his key card failed. Vice president of UX Bobby Nath woke up to find himself locked out of his Google Nest, which was synced to his work account. Friday’s Google layoffs, which eliminated 6 percent of the company’s global staff, are the latest in a wave of tech downsizing that began early in the summer of 2022 and has accelerated since.

The “technology industry” is a squishy and contentious category, and layoff causes vary. They include a widespread reality check on overexuberant pandemic-era hiring, a decrease in advertising dollars in the wake of inflation, a decrease in venture capital in the wake of higher interest rates, and—in the case of Twitter—Elon Musk being Elon Musk.

According to Layoffs.fyi, the tech sector lost around 150,000 jobs in 2022 (including at Meta, Twitter, and Uber), and more than 50,000 cuts have been announced in 2023. These numbers, site creator Roger Lee notes, are probably undercounts. (Lee, also the co-founder of a startup that provides 401(k)s for small business, explained his methodology to me in an email: “I post any tech layoff news that’s been reported on by the media, announced by the company, or verified in some other way.”)

In alphabetical order (sorry, Alphabet), here are the companies that have announced the highest numbers of jobs cut (as best we can tell) so far in 2023:

Google’s layoffs on Friday were notable for their swiftness—and for the company’s ability to keep cuts under wraps (in comparison to Amazon, whose cuts were leaked early). Cuts included long-tenured staff who joined during the company’s “do no evil” days.

Layoffs will be particularly challenging for Silicon Valley workers in the U.S. on H-1B visas but will also affect offices worldwide. They come in response to both industrywide trends and new competition: The New York Times reported that Google has flagged the rise of A.I. writing tool ChatGPT as an existential “code red” and is reshuffling priorities accordingly.

Amazon announced in early January that it would cut a total of 18,000 workers, including 2,300 headquarters staff who got the news last week. (Some layoffs that started rolling out in November 2022 are included in that count.) The layoffs will primarily affect human resources, device, and store teams.

“Do you like the idea of impacting a worldwide workforce to turn Amazon into Earth’s best employer?” asks the Amazon HR team’s website. No jobs are currently posted, and Amazon is not yet Earth’s best employer—although unlike Googlers, laid-off Amazon employees were given 60 days’ notice.

Not itself a household name, Amdocs provides back-end software and services to major telecom companies like AT&T, T-Mobile, Comcast, and Dish. The company actually appears to be doing well right now: Stocks are high, and revenues are up.

Israeli business newspaper Globes reported that Amdocs’ layoffs were being made “out of responsibility and awareness of what is happening in the world.” Whatever is going on at Amdocs, that statement smacks of a very real factor during a rising tide of layoffs: If everyone else is doing it, maybe we should too.

This Chinese gaming phone startup makes smartphones that look like Gameboys; it was planning to make a virtual reality headset next. Instead, it has been shedding jobs since a failed acquisition deal with media giant Tencent last June.

The South China Morning Post reported that the company is now down to around 100 people and has been shirking severance payments. It is one of many startups that have had to make cuts in the face of changing consumer spending and investors less inclined to part with their cash in a new era of high interest rates.

At the other end of the size spectrum, Capital One just announced large cuts to its “agile” team, which managed technology projects, prompting the Wall Street Journal to wonder if tech-sector layoffs will spill over and drive engineering layoffs in large corporations in other sectors.

Does Capital One even belong on this list? Again, the divide between “tech” and “not tech” is blurry. Banks act like tech companies, tech companies act like banks. (Starbucks, with its wildly successful reloadable digital gift card program, is arguably becoming both.)

Many jobs lost in the “tech sector” were not actually software engineering jobs, and Capital One is still hiring for in-demand technology skills like machine learning and cybersecurity. As in any restructuring, teams responsible for struggling products or “nonessential” services (like helping Capital One engineers manage their time or helping Amazon workers enjoy their jobs) should probably worry first.

Speaking of companies that act like banks but are not regulated as such: Crypto platform Coinbase is cutting 20 percent of its remaining staff, after already eliminating about 1,100 roles back in the fall. This one is related to the FTX crypto exchange debacle.

In the wake of FTX founder Sam Bankman-Fried’s Enron-level fraud saga, the crypto industry is struggling. Crypto exchange Wyre is shutting down entirely as of this year. Blockchain.com, Crypto.com, Genesis, Huobi, and SuperRare each announced that they are cutting 20 percent or more of their roles in 2023 according to Layoffs.fyi; many crypto players also made big cuts last year.

This shipping and transport logistics startup, which boomed thanks to early pandemic online  shopping, plans to cut 20 percent of its team across departments. Flexport also plans to hire 400 engineers.

“The current slowdown in volume gives us time to focus on building our technology bench while the economy lags,” the company told employees, as reported by Reuters. As painful as layoffs are—and they are painful—they are also an opportunity for companies to attract new talent in other areas.

Microsoft, like many other tech giants with the notable exception of Apple, hired too much in the weird pandemic boom times. They are now adjusting for the ways in which life has returned to normal.

“These companies understood their lockdown-augmented growth curves might not last forever, but they planned as if they would,” Alex Kantrowitz wrote in November. “While being wrong would mean cutting staff and missing earnings expectations, not attacking the opportunity would mean losing a market if COVID-inspired behavior did persist.”

Like its tech-giant peers, Salesforce went on a hiring spree and is now on an un-hiring spree. Recent layoffs at Salesforce come in addition to 1,000 jobs the company cut in 2022. Salesforce has also been on a bit of an acquisitions spree, and layoffs appear to be impacting its subsidiaries as well as its core business.

Slack, which Salesforce bought in 2022, announced that it would cut 10 percent of its team earlier this month. Slack CEO Stewart Butterfield pointed out, however, that layoffs would have hit anyway. According to messages viewed by a Fortune reporter, he found a silver lining: Salesforce offers “relatively generous” severance packages.

For white-collar workers, the pandemic brought the golden era and subsequent decline of “the cloffice” as well as a boom in home furnishings. Now furniture retailer Wayfair is cleaning house due to decreased consumer spending. The announcement prompted a 20 percent jump in Wayfair’s stock price.

Other tech companies laying off hundreds of workers in 2023 include Spotify, StitchFix, Teladoc, WeWork, Qualtrics, Informatica, and Sophos. Sectorwide layoffs are prompting comparisons to the dot-com bust: a five-year span in the early aughts during which the New York Times reported that the tech sector lost 25 percent of its jobs. This is a very different economic time (although in a moment of déjà vu, HP announced in late 2022 that it will part with 4,000 to 6,000 employees by 2025).

On Twitter, commenters likened the cold efficiency of Friday’s Google cuts to dot-com layoffs at IBM and HP/Compaq. But those days involved painful furloughs and years of looming uncertainty. As someone whose childhood memories of company picnics and take-your-kid-to-work-day blur together with the general gloom of HP’s Carly Fiorina era, all I can say is: If you can’t hire George Clooney to cut people for you, maybe a swift lockout is for the best.